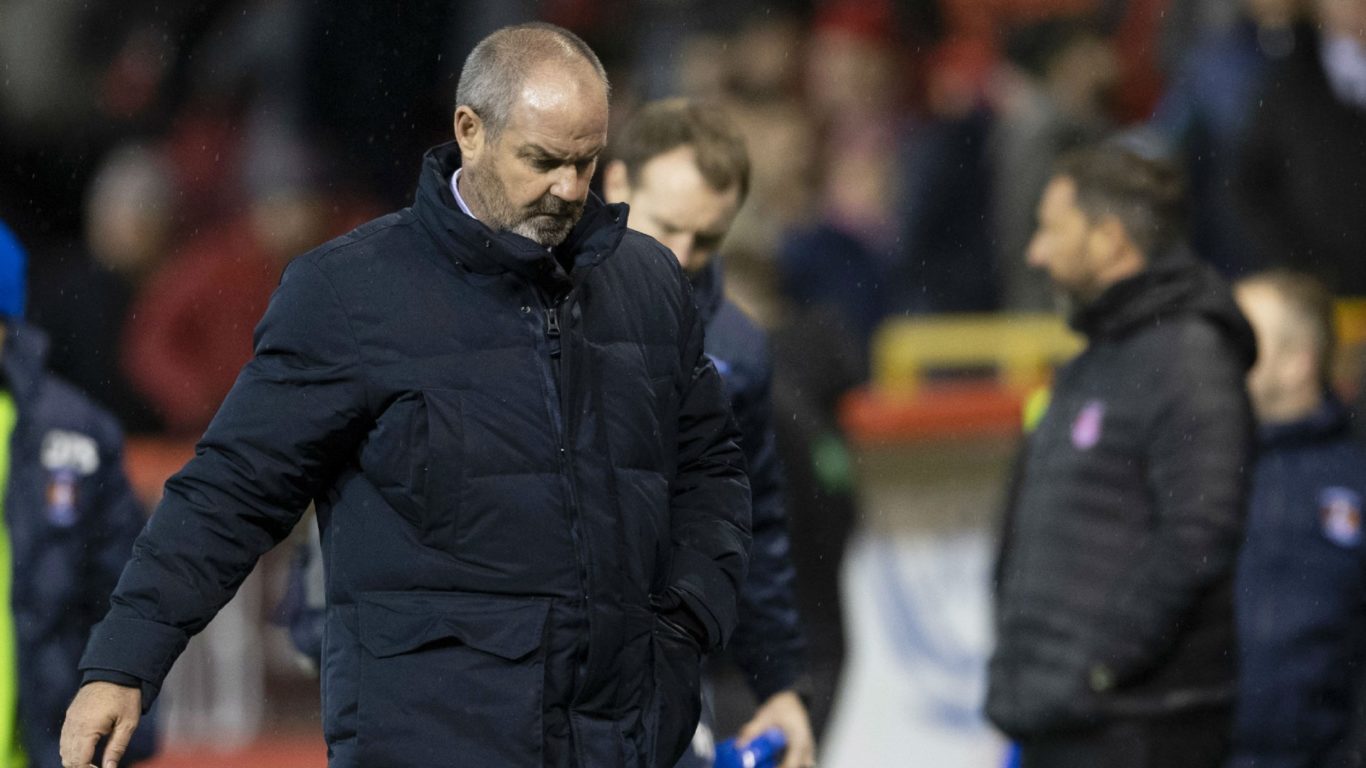 Steve Clarke expressed his satisfaction with Killie's first week of action after the winter break following the 0-0 draw at Pittodrie.

Kris Boyd was sent off as ten-man Killie held on for a point as Killie remained in second place in the table after 23 Premiership matches played.

Having secured progress to the fifth round of the Scottish Cup as well as defeating Rangers 2-1 at home, the Killie boss looked back on challenging seven days.

'It’s been a good week for us. We came here today hoping to win but it wasn’t to be so if you don’t win the only thing you can do is get a point.

'We managed to do that. It was a big win for us midweek so through to the next round of the cup and four points from two difficult games against two teams in the top four is a satisfying week.

'It’s another point towards our next objective, which is to secure a place in the top six before the league splits so if we can keep picking up points and a level of performance that we know is good enough to get us points then that’s what I will do.'

The manager was reluctant to offer a definitive view on Kris Boyd's red card having only seen the incident once but he gave his first impression, saying: 'I haven’t seen any other angles of it, I’ve got the look I had from the bench. I’ve got good experience in the game was at the most it was a yellow card.

'It was a soft decision but until I see other angles then it is difficult to say too much.'

Over 600 Killie fans made the trip to the Granite City and praising their vocal backing, Clarke suggested that returning from a break with three matches in seven days played a part in the quality of the contest.

He added: 'Defensively we were solid and lacked a little bit of energy going forward, which was maybe a consequence of the effort we put in midweek.

'When I did try to change the forward players to give us a little more legs up front, Kris got sent off so that scuppered that part of the plan.

'It was a tough game, not high quality and very scrappy, probably as a consequence of having to play three games in a week after a winter shutdown.

'It was a competitive game, it certainly wasn’t dirty. Two competitive teams, the referee saw what he saw and made the decisions he made so we’ve just got to run with that.'