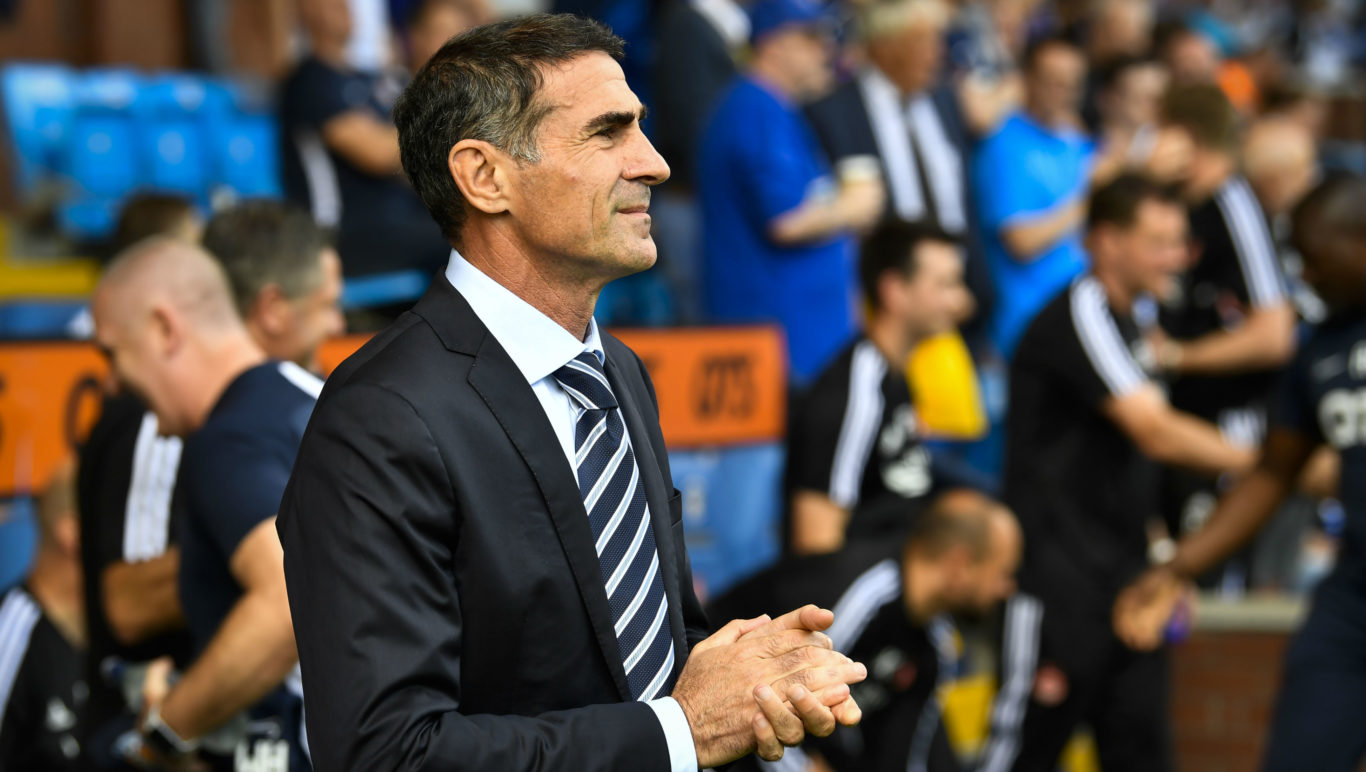 Angelo Alessio was pleased with his Killie side’s performance as they registered their first point of the Premiership season.

A 0-0 home draw with Aberdeen saw Killie get off the mark in the league with a second half display, which could have yielded more points.

Chris Burke went closest for Killie with his effort after 77 minutes being the most clear cut opportunity to break the deadlock. Sadly the winger slightly lost his bearings and couldn’t turn the ball past Joe Lewis in the Dons goal.

Nevertheless, the manager saw positives to take from a point with one of the league’s top teams.

He said: “I am happy for the first league point but at the same time I think we deserved a bit more.

“In the second half, we created one or two chances, including Burkey’s chance as he tried to dribble past the goalkeeper and shoot.

“Our confidence is much better after last weekend’s win over Hamilton and I saw the team put in some good work during the week.

“I’m happy because I saw a good performance.”

You can get more reaction from the manager on Killie TV.