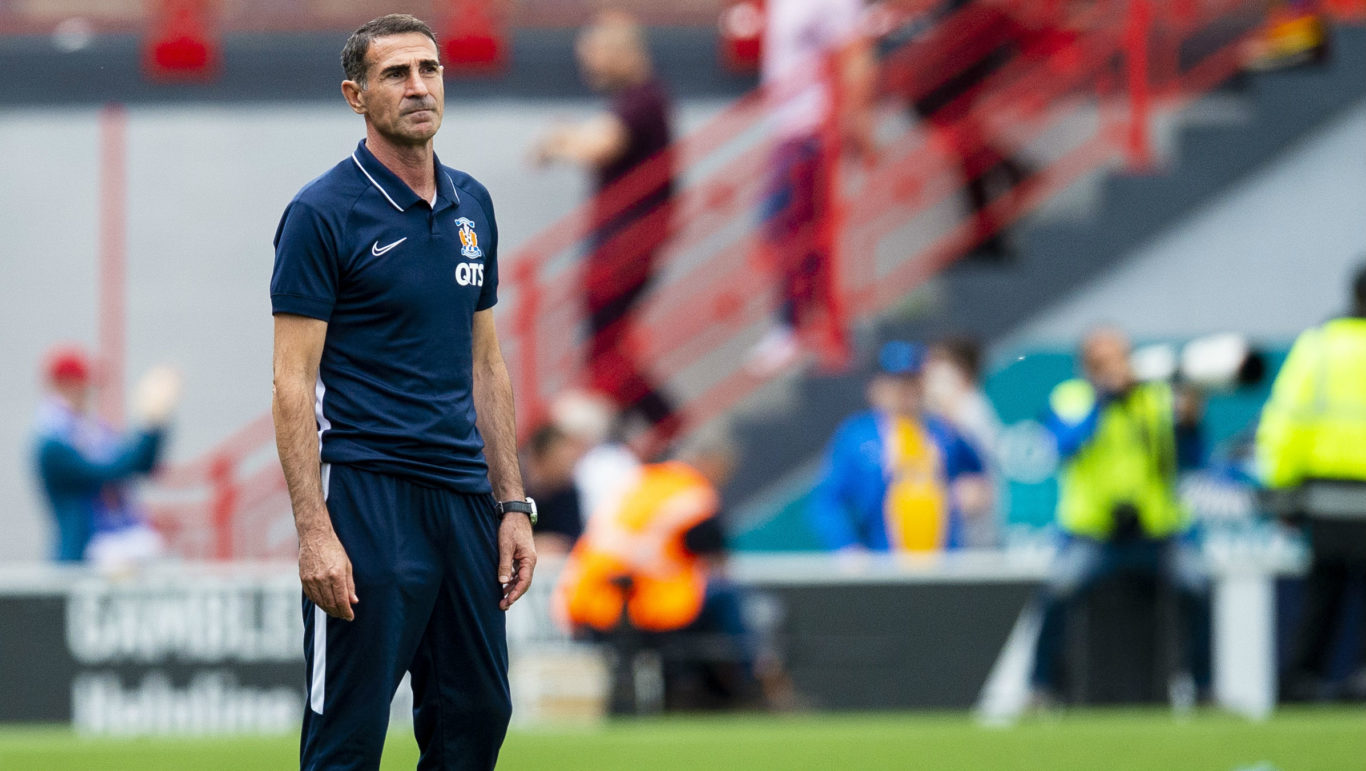 Angelo Alessio admits he was ‘angry’ and ‘disappointed’ by the ‘stupid goals’ his Kilmarnock side conceded in the 2-0 defeat to Hamilton.

Strikes from Lewis Smith and George Oakley condemned Killie to their second successive league loss of the campaign in front of over 1,500 travelling fans.

Despite dominating possession and forcing a high number of set pieces, Killie were made to pay for their inability to find a way past Owain Fon Williams in the home goal.

The Killie boss said: ” “I am very angry and disappointed with the result,

“We created a lot of opportunities but we didn’t score a goal. If we want to analyse the game then we concede two stupid goals and for this reason we’re heading back to Kilmarnock with no points.”

Having handed Liam Millar his first start since returning to the club for a second loan spell from Liverpool, the Canadian international looked a threat early on while Kirk Broadfoot and Stuart Findlay came close from corner kicks.

Smith’s strike came against the run of play but things got worse right after the interval as Oakley finished off an Accies counter attack to prod the ball past Larentiu Branescu.

Brian Easton saw red for the hosts but despite throwing on Innes Cameron, Greg Kiltie and Dom Thomas they couldn’t find a way past an inspired Williams.

“We created situations and opportunities to score but the goalkeeper made some great saves and our strikers didn’t take the chances,” Alessio said.

Killie have the chance to make amends against Accies in the last 16 of the Betfred Cup next week and the boss is already looking ahead to the game.

He added: “We have a week to prepare well for this game and I hope for a good performance from my team.”

You can hear more from Angelo from Killie TV.