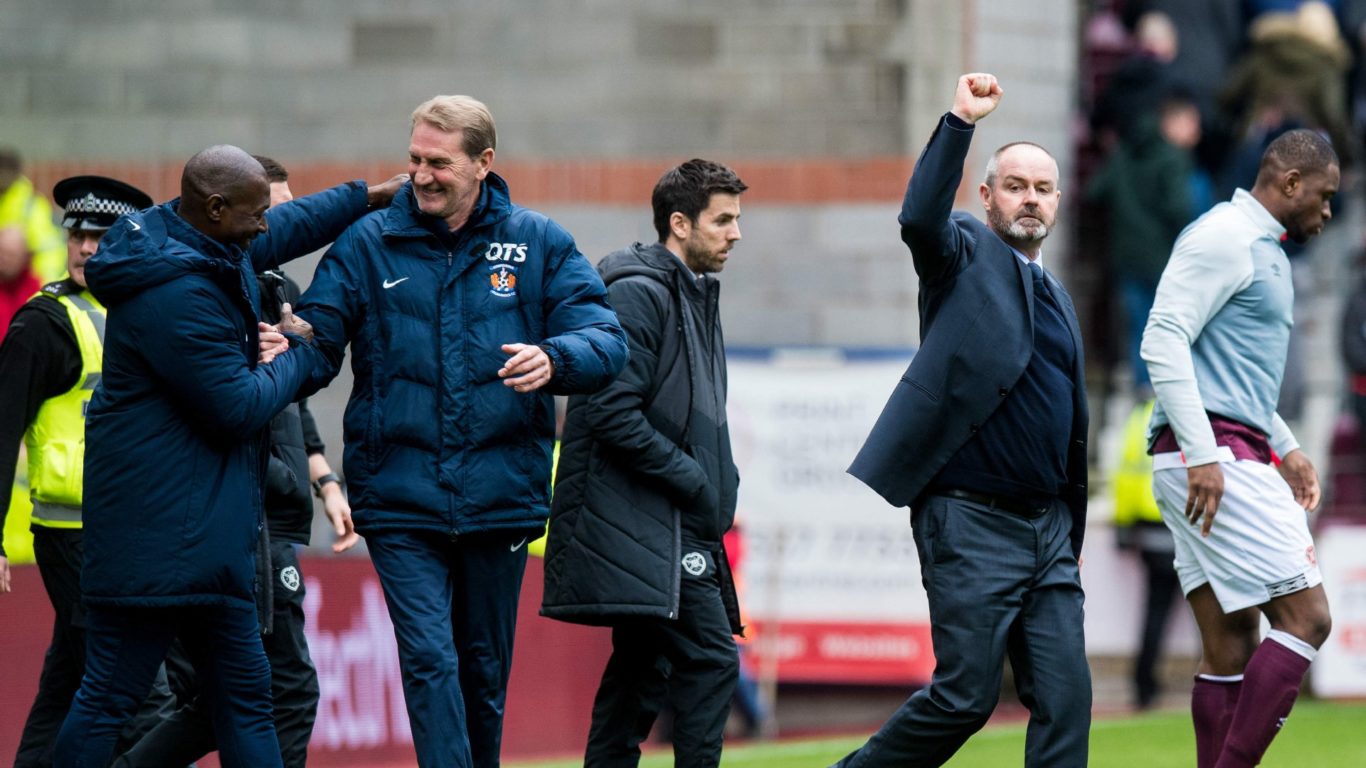 Steve Clarke expressed his delight after sending the 1,384 Killie fans home happy from their trip to Tynecastle.

Stuart Findlay’s goal gave Killie a well-deserved 1-0 win and ensured a new club record points total has been set for the second time during Clarke’s tenure.

The result coupled with Celtic’s 3-0 win over Aberdeen, elevates Killie back to third in the Scottish Premiership table with two matches of the season remaining.

He said: “It’s a great day and I’m delighted for the fans who can go home happy.

“Probably on a whole we just about shaded it. First half we certainly should have been in front at half time and we’re a big bit disappointed not to be in front. In the second half the game changed when Ikpeazu got injured. That helped Hearts as they got more superiority in midfield and we showed different qualities second half.

“As the game is running out we got the breakthrough.”

The winning goal rounded off an excellent week for Stuart Findlay, who was named the Players’ Player of the Year alongside Gary Dicker at our Sponsors’ Dinner.

And the Killie boss has been impressed with the defender’s ability in both penalty boxes.

He added: “Findlay has a really good strike for a centre half. [Alex] Bruce should have scored but it doesn’t matter who does as long as you get one more than the opposition and that’s always our aim.”

You can watch the manager’s full interview on Killie TV