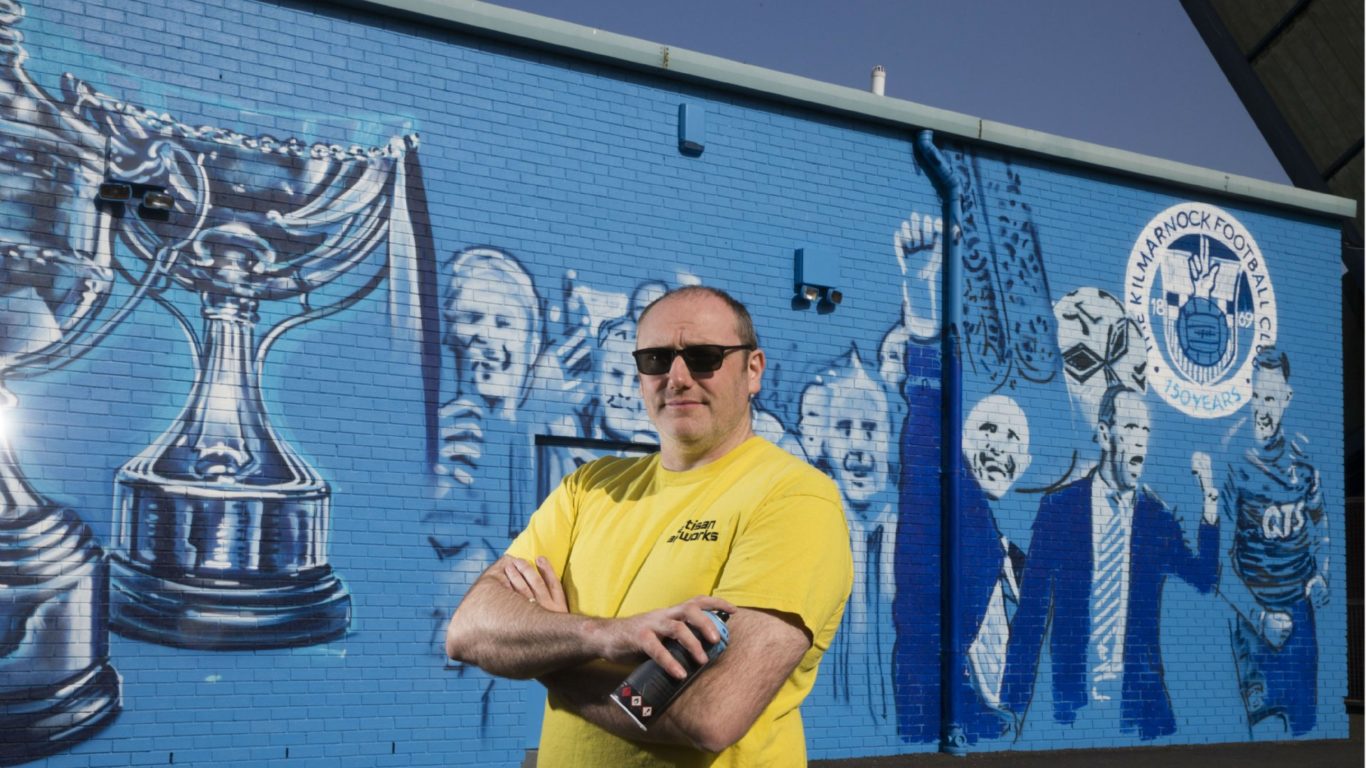 Supporters heading to Saturday's game against Aberdeen will notice something new around the East Stand.

As part of our ongoing 150th Anniversary celebrations, the club and KCST has partnered with Artisan Artworks to create a new stadium art project.

Frank Carty, one of the top sign writers and mural artists in the UK, has been hard at work turning our Police Control building into a timeline of some of Killie's fondest memories as well as a selection of heroes past and present.

This is the second such project between the KCST and Frank with the Ayrshire artist working on the mural, which sits on the corner of the Frank Beattie Stand.

While the project is not yet fully complete, here's a little glimpse of what Frank has produced so far based on some famous images from our archives.