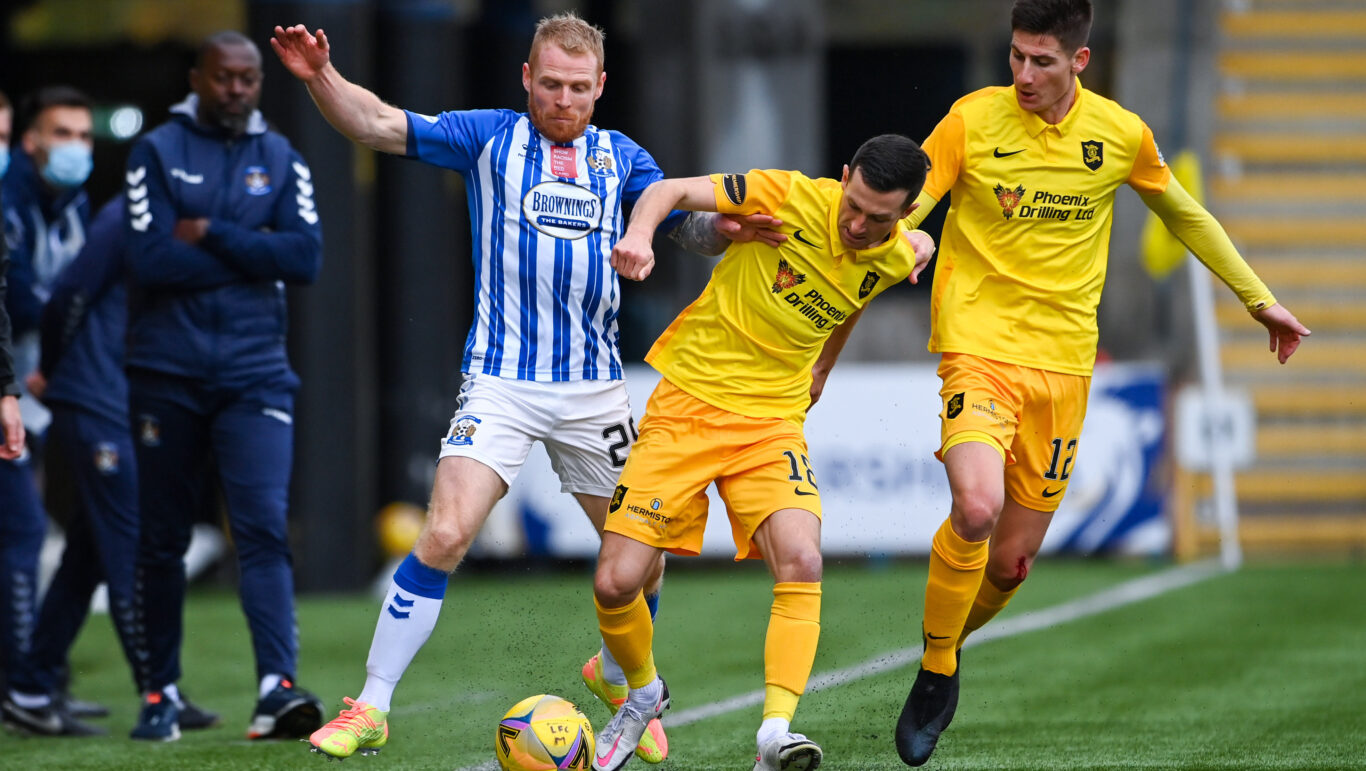 Kilmarnock fight back to claim their first victory at the Tony Macaroni since 2005, writes Jason White

Livingston started the better of the two sides and took the lead through the first real chance in the game as Scott Pittman slotted home past Rogers after some nice play from The Lions on the left wing allowed Julien Serrano to cut the back across the 12 yard box.

The goal inspired Killie to come out and play with Chris Burke proving a danger as always. His freekick was blasted off the wall before a rebound bounced off Kiltie and over the bar.

The equaliser came on the 24th minute when Aaron Tshibola was there to tap in the rebound after Burke forced a fine save from Livi goalkeeper Robby McCrorie. The goal brought Killie to live and a second chance soon followed when Burke fired just wide after cutting inside with his left foot.

Killie kept creating with Burke and Kiltie looking dangerous on either side, and Burke finally got his goal from the penalty spot after Alan Power was brought down in the box.

The second half was a much different affair with Livingston being the main threat throughout, Killie were pegged back from the start of the second half but put the game to bed after a cross from loanee Ibsen Rossi was misjudged by Robby McCrorie and fell to Greg Kiltie for an easy finish.

The goal did not stop the Livingston pressure as they searched for a way back into the game and they came close twice as Forrest hit the post before ex-Arenal striker Jay Emmanuel Thomas hit the bar in stoppage time.

Killie held on to the game despite tired legs in the last half hour and held on to fifth position after 4 wins in their last 5 league games.