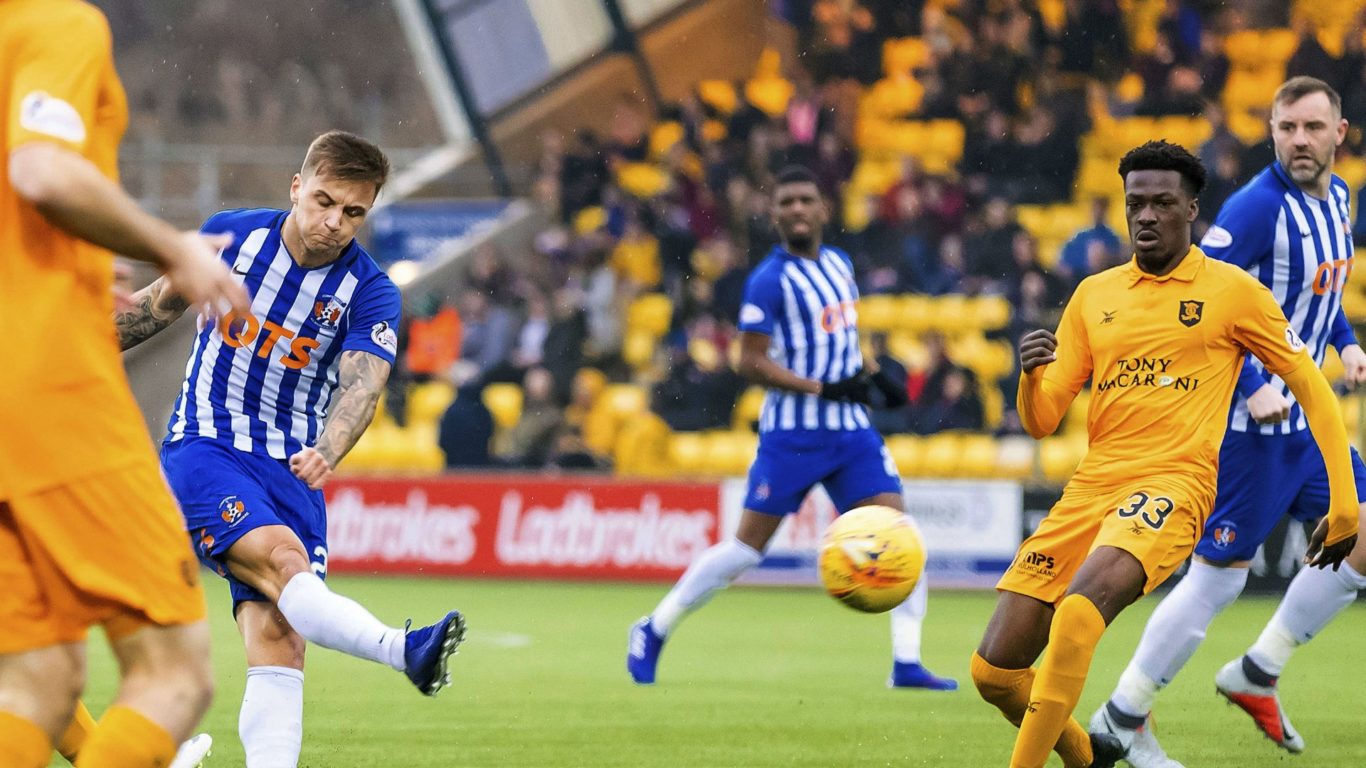 A tough week for Killie came to an end with a disappointing 1-0 defeat away to Livingston.

Before kick off, Killie fans showed their support for their manager after he received sectarian abuse at Ibrox in midweek, unveiling a banner with ‘Now We Have A Leader’ emblazoned on it.

Gary Holt’s Livingston are a tough nut to crack and so it proved in a frustrating opening period with chances at a premium.

Waters crossed from Kris Boyd but the veteran forward could only direct the ball towards the crossbar and the ball bounced over Liam Kelly’s goal.

Killie were adjusting with two new fullbacks while defending with Erskine testing the Ayrshire side’s back four whenever he could.

Just as the game seemed to be heading for a goalless first half, the home side made the most of a long thrown by Gallacher from the right. The ball bounced in the box and Erskine spun and unleashed a shot, which left Bachmann with little chance in goal.

It was a severe body blow for Killie, who had coped admirably considering the upheaval to the side.

Following a half time team talk, Clarke’s men came out of the blocks determined to drag their way back into the match. Brophy, who had been marshalled well, found space 25 yards from goal and unleashed a strike which rattled the bar and bounced high to safety.

Rory McKenzie was helping to drive Killie forward down the right and he combined with Brophy for our best opportunity of the afternoon. Brophy’s free-kick was well saved by Kelly and McKenzie met the rebound only to see the ball hit the post and underside of the bar and bounce out.

It was at this point that many feared it would not be Killie’s day and so it proved with Livingston defending their lead well in the closing stages.

Two late scrambles in the box almost produced a second Livi goal but despite one late push, Killie left the Tony Macaroni Arena without a point as attentions turn to a midweek meeting with Motherwell.