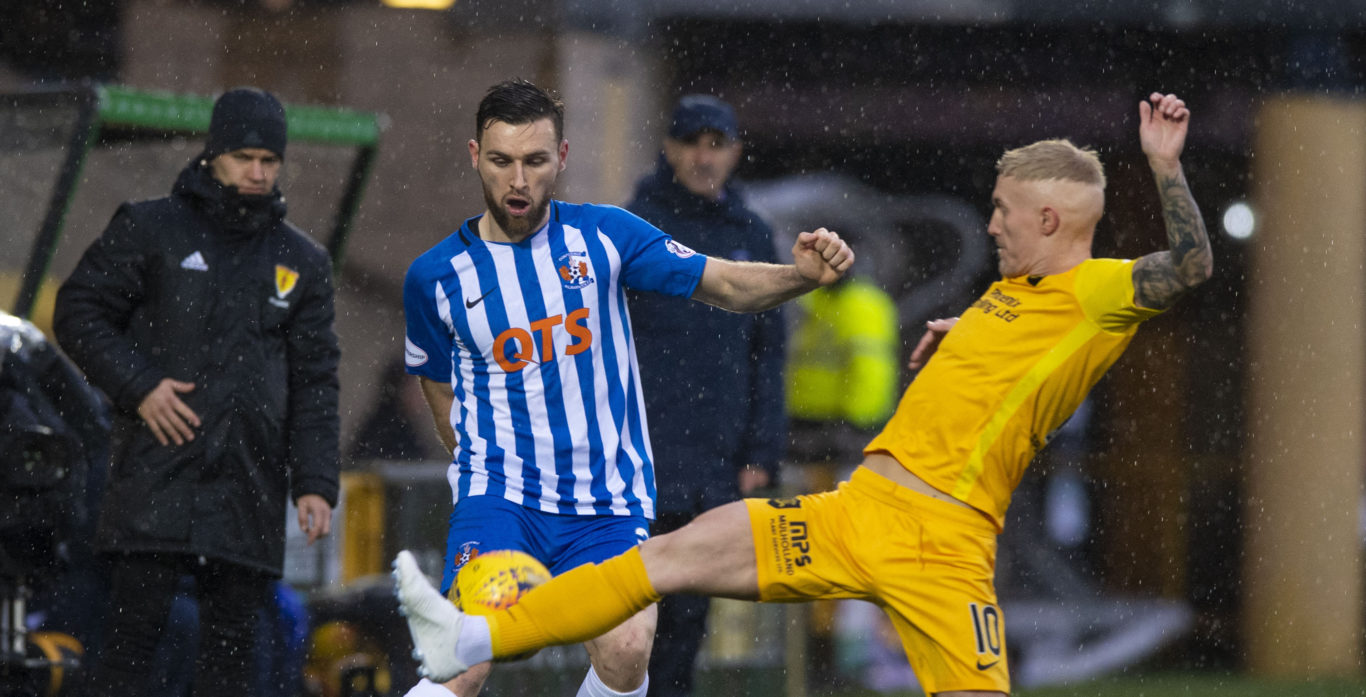 Kilmarnock left the Tony Macaroni Arena empty-handed this afternoon, with a flying Livingston hitting a lacklustre Killie side for three on a poor afternoon for Angelo Alessio’s men.

After scraping through the first-half courtesy of some fine goalkeeping from Branescu, a superb Livi side carved open Killie time and time again – with Jon Guthrie, Lyndon Dykes and Steven Lawless grabbing the goals.

The manager made just one change to the side that was held by St. Johnstone at Rugby Park midweek: veteran winger Chris Burke rested on the bench with Rory McKenzie stepping in to fill his shoes.

With the West Lothian wind sticking its oar into proceedings, much of the early stages of the match were dictated by the weather as both teams battled to try and get the ball on the deck.

Livi captain Marvin Bartley was a force to be reckoned with, teeing up an early chance through his sheer strength and quick feet – setting Steven Lawless down the right after beating off El Makrini in a 50/50 contest.

The Lions were the one to finally better the conditions, utilising a high-press and concise passing to force Killie backwards and open up gaps in the defence, Angelo Alessio’s men dancing with danger several times as Livi probed for an opener.

Larry Branescu produced a phenomenal save, one of a handful, on 36 minutes, the big Romanian moving to smother a Bartley effort destined for goal before battering it to safety with a well-timed punch.

In truth, it was the story of the first-half: cut open time and time again for slack passing or poor decision -making: Livi earning chance after chance as a reward for their tenacious style of play.

That lack of sharpness came back to haunt Killie just ten minutes into the second-half: Jon Guthrie pulled down a free-kick into the box from the right, applying a simple touch to guide the ball past Branescu.

Another ten minutes went by, another goal appeared: Livingston striker Lyndon Dykes bagging the second after rising highest to head home a Steven Lawless ball in from the right.

Dykes nearly made it three ten minutes from time, one-on-one with Branescu before Gary Dicker appeared to make a last-gasp tackle to deny the striker a second.

It didn’t take long to get that third goal: Dykes leading the line well before playing in Lawless with a well-timed pass: who crashed into the box and squeezed the ball past Branescu.

Nothing came off for Killie, and we return to Ayrshire empty-handed.