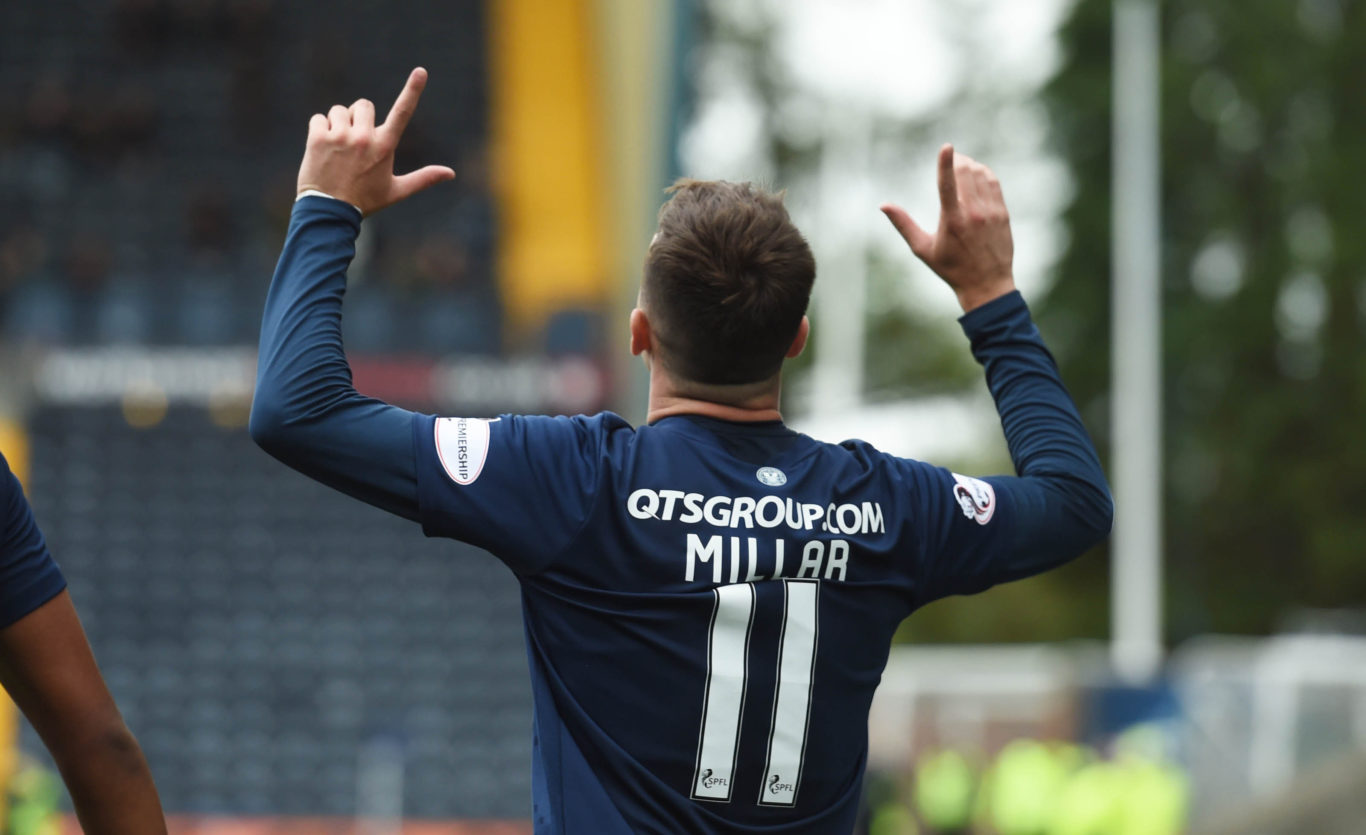 Liam Millar says his mission to add more goals to his game is well underway after scoring the opener in the 2-0 win over Hibs.

The Canada international proved he had ice in his veins as he tucked the ball under Ofir Marciano early in the second-half to hand Killie a massive lead.

And whilst delighted on a personal level at bagging his second goal for Killie, and his first at Rugby Park, Liam admitted he was left awestruck by Stephen O’Donnell’s magnificent cross field ball that set up the goal.

“Yeah, I’m delighted. The most important thing today was getting the result,” he told Killie TV.

“I saw SODs put his head up and I just started running! I wasn’t expecting it to come to me to be perfectly honest. I don’t think I’ve ever seen a ball hit so well in my life, it was unbelievable.

“Then I saw the ‘keeper, who was a little far out. I just saw an opportunity and took it.”

When Liam rejoined Killie in the summer, he was vocal in his first interview about his desire to get more goals and assists compared to his first stint.

Now with two assists and one goal after five games, Liam says he’s done a lot of work in training to make that dream a reality.

“I’ve always said I came back to add goals, assists and more numbers to my game. I’ve worked a lot on relaxing in front of goal during training,” he explained.

“I tend to do everything at 100 miles an hour, so it was about learning to calm down – which is what I did today.

“It was a great team goal; and it just goes to show when we have the ball and we move it about instead of just kicking long – it works and we create chances from it.”

“That was a prime example. I joked to Mo: “Mate, I was open – you could have passed to me!

“But seriously, it was a great finish from him and we’re delighted. He deserves it because he’s a great player.”

And whilst Killie’s attacking exploits will dominate the headlines, Liam was quick to point out that the boys at the back were enjoying a string of strong performances – culminating in a fourth clean sheet.

“To win games you have to score goals, but you can’t concede any either.

“Dario is a big reason behind that, he’s been a big help. He’s a leader who’s so commanding. The whole back-line has been outstanding and it’s important we keep that up going forward.”