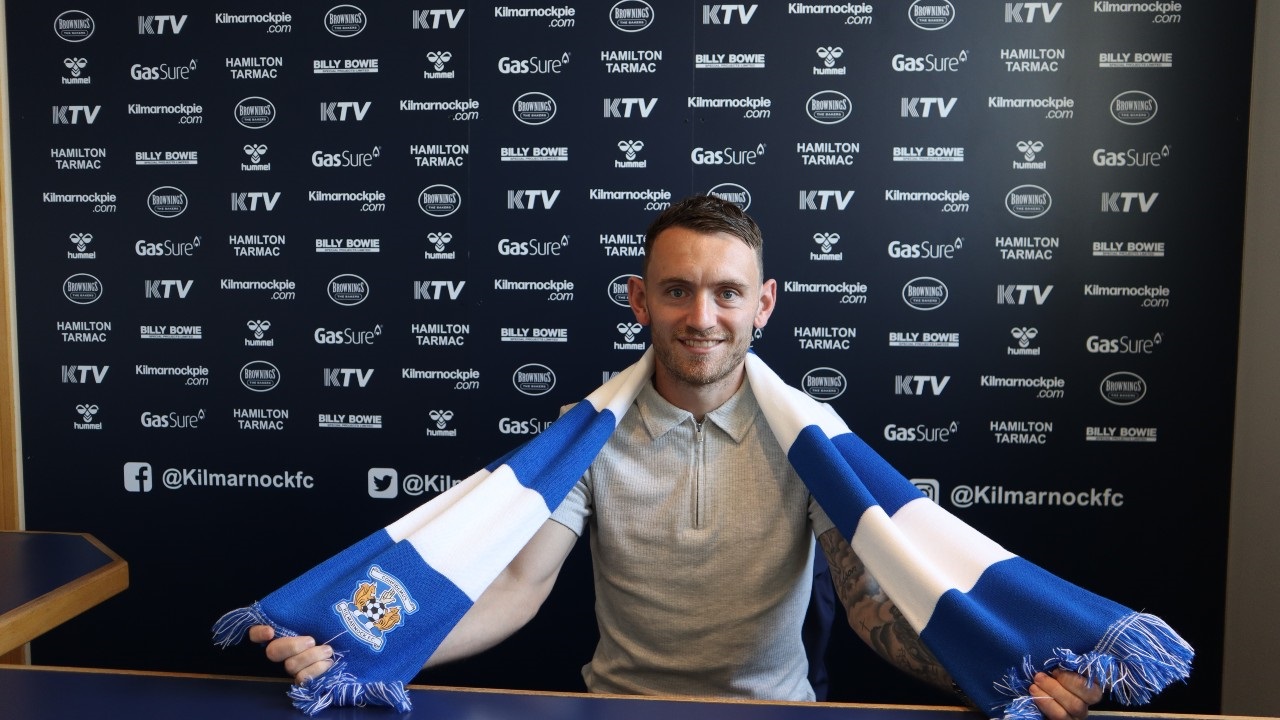 Lee Hodson hopes his second spell with Killie will feature more days to savour in front of the Rugby Park fans after he sealed his return to Ayrshire.

The defender has signed an initial one-year deal, subject to Scottish FA approval –  more than five years since he last pulled on the blue and white stripes.

Lee’s original Rugby Park spell came in the second half of the 2015/16 season as Lee Clark’s side ran out play-off winners against Falkirk.

Since then the full back has gained plenty of experience in Scottish football with Rangers, St Mirren and Hamilton as well as spells in England with Gillingham and Leyton Orient.

Lee said: “I was interested in coming back as soon as I heard of Killie’s interest, knowing the size of the club and the journey it is on to get back to the Premiership.

“I wanted to be a part of that and help take this club back to where it belongs. I had good memories of playing in front of the fans here, I’m more experienced but I still give it my all on the pitch for the club and want to win every game.

“The play off game here always sticks in my mind for the emotion and atmosphere they created in the ground. You could see how much it all meant to the supporters and the community.

“Last time my spell here ended on a high note and come the end of the season, hopefully we can have another sort of celebration.”

Manager Tommy Wright said: “I want to have a squad that has real competition all over the park and right back was one position where I only had one senior player in Jason Naismith.

“I worked with the Northern Ireland squad when Lee was in it and I was aware that he was training with Dundee and was still available. We had a quick chat with him before the window shut and we’ve moved it on since then.

“I’m pleased to get him in, he’s experienced and will provide real competition and he can play a few different positions: right and left back and he has played in central midfield role and in a back three.

“With COVID still ongoing, we need a squad to cope with injuries and COVID. I’m pleased to get him in and I think he’ll be a really good addition to the team and the squad.