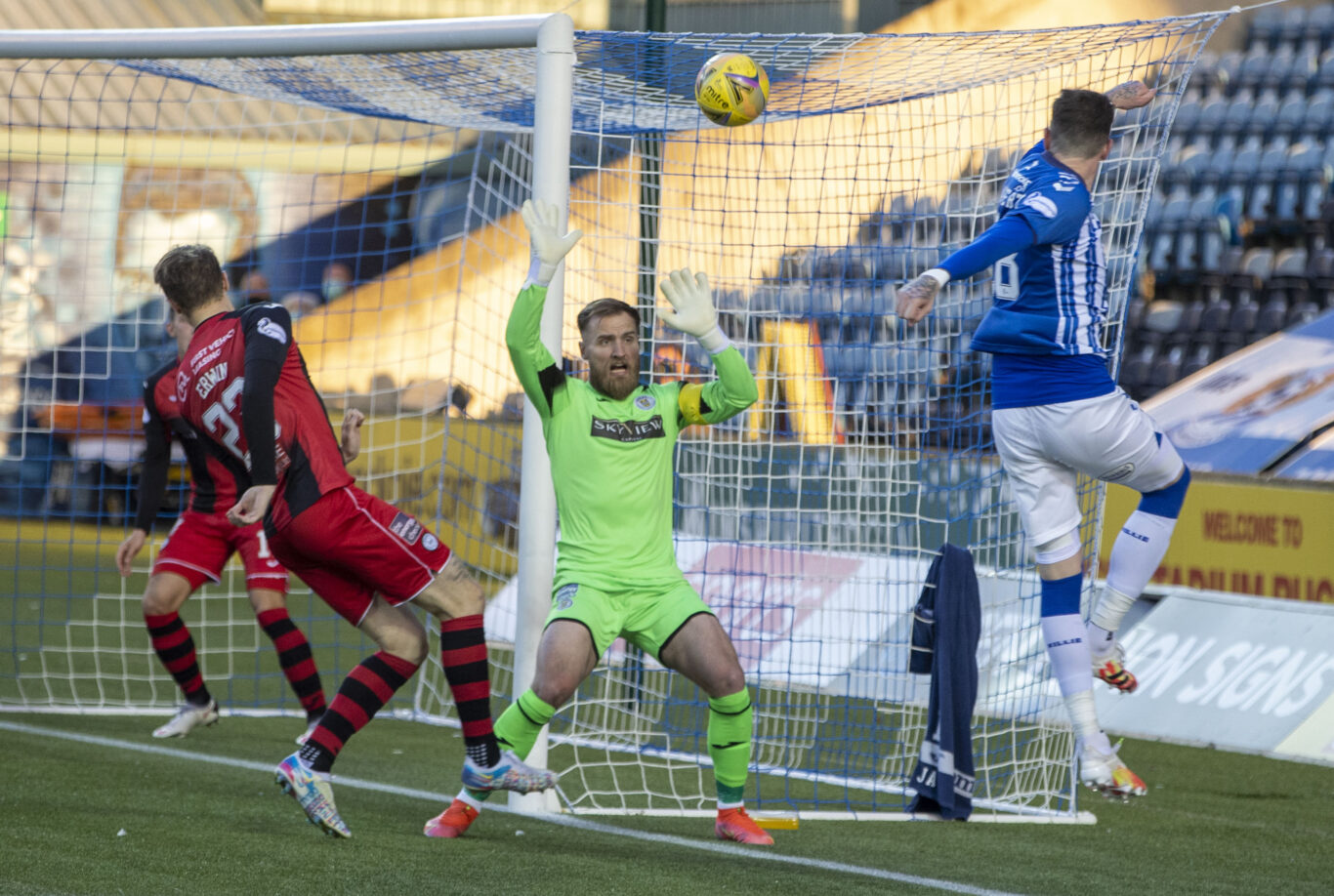 Kilmarnock face a shootout to avoid a Premiership play-off after being pegged back in a dramatic 3-3 draw with St Mirren at the BBSP Stadium, Rugby Park.

Killie head to bottom place Hamilton in our final match of the regular season, three points behind 10th place Ross County, who face Motherwell at Fir Park on the last day.

It was another encounter filled with good attacking play with Kyle Lafferty at its heart but slack defending at the other end allowed the Buddies back into the contest on more than one occassion.

Chris Burke cut the ball back low in the penalty area and Lafferty made the pre-planned run to slam the ball past Jack Alnwick.

Calum Waters was handed a place in the starting line up and he crossed for Lafferty to make it 2-0 after the hour mark as the forward directed his header into the corner of the net.

Saints had their chances in the match through Obika and Erwin and seconds after Killie went 2-0 ahead, the game was suddenly back in the balance. Jamie McGrath capitalised to score at the second attempt to reintroduce nerves to the home side.

Cammy MacPherson’s wonder strike from outside the box made it 2-2 after 77 minutes, with his precise drive finding the top corner of Danny Rogers’ net.

Incredibly there was to be more drama as Greg Kiltie’s sublime volley on the edge of the box sparked wild scenes of celebration for the men in blue and white but sadly they saw that lead evaporate one more time.

There was time for Alnwick to deny Chris Burke at the death with a fine save after an incisive Killie counter attack with the home players in disbelief that a precious win had eluded them.

Ross County’s 2-1 win at home to Hamilton means that Killie’s goal difference will avoid any change in 12th spot while there remains the chance that we can leapfrog the Staggies on a tense last day.