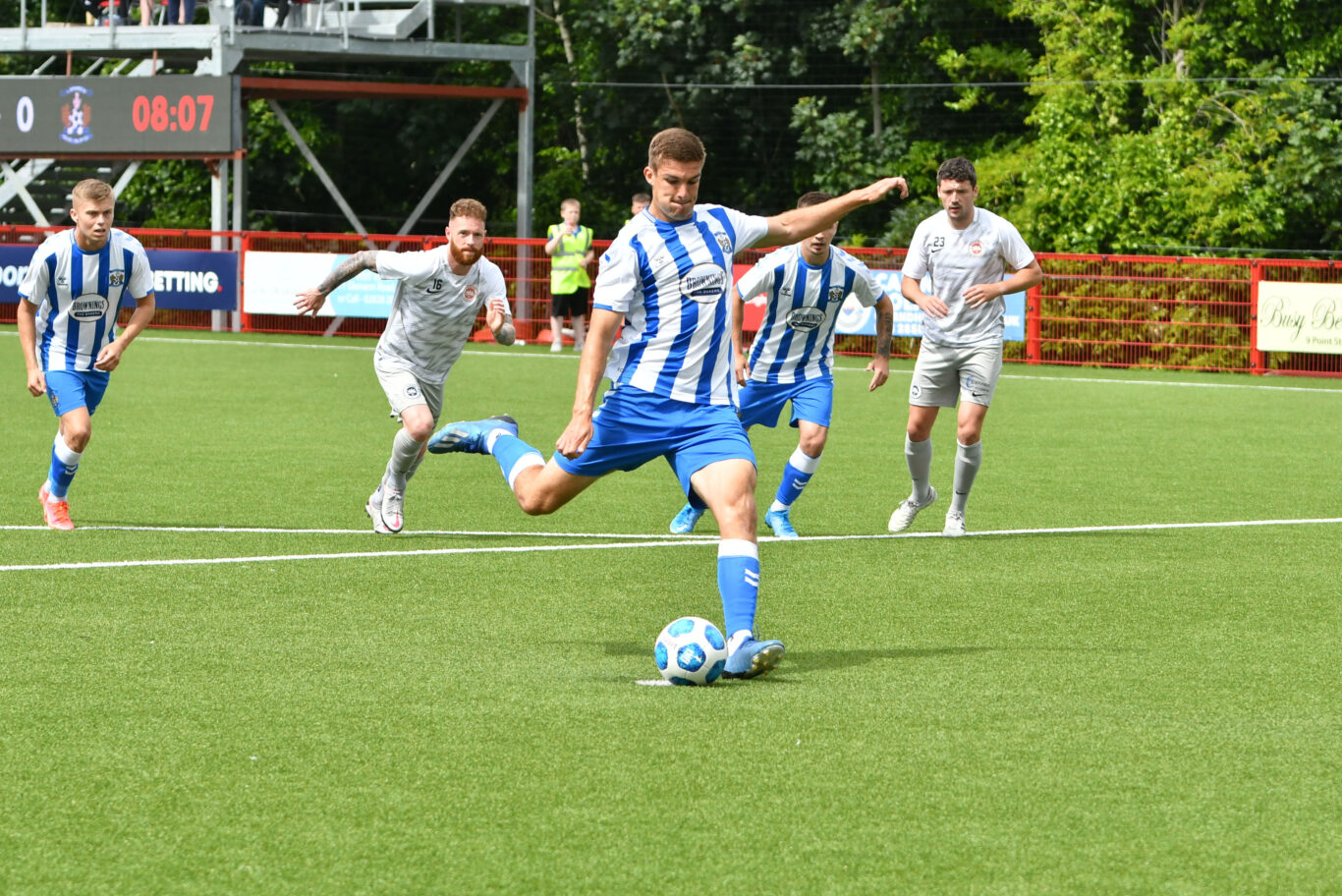 Killie’s pre-season trip to Northern Ireland was brought to a close with a 2-2 draw with Larne at Inver Park.

Having scored the winner in the midweek win over Linfield, Innes Cameron made it two goals in as many games, converting from the penalty spot after eight minutes after Jason Naismith was pulled down in the penalty area.

The home side were using the match as preparation for their upcoming European tie but it was Tommy Wright’s men who looked sharper on the ball in the opening stages.

Fraser Murray had already seen one strike hit the crossbar before he notched his first Killie goal after 20 minutes. The attacker picked the ball up outside the area and drove towards the box before unleashing a crisp strike which beat Larne goalkeeper Rohan Ferguson.

The home keeper was called into action once more, saving well with his legs as he denied Cameron a second goal from Burke’s pinpoint cross.

More slack play at the back from Larne gave Cameron another opportunity to add to his tally but Ferguson again managed to smother the ball on the line.

The second half was feisty with a few flashpoints but little goalmouth action until the home side shocked Killie with two goals in as many minutes.

The Northern Irish side found space to the left of the Killie defence and Lee Lynch placed his strike into the corner of the net.

Larne were level on 70 minutes when Mark Randall found Ronan Hale unmarked in the box to sweep home to the delight of the home fans.

Several Killie players were introduced into the action including Aaron McGowan, Calum Waters and Tomas Brindley as we look ahead to the start of our Premier Sports Cup campaign against East Kilbride next Saturday.