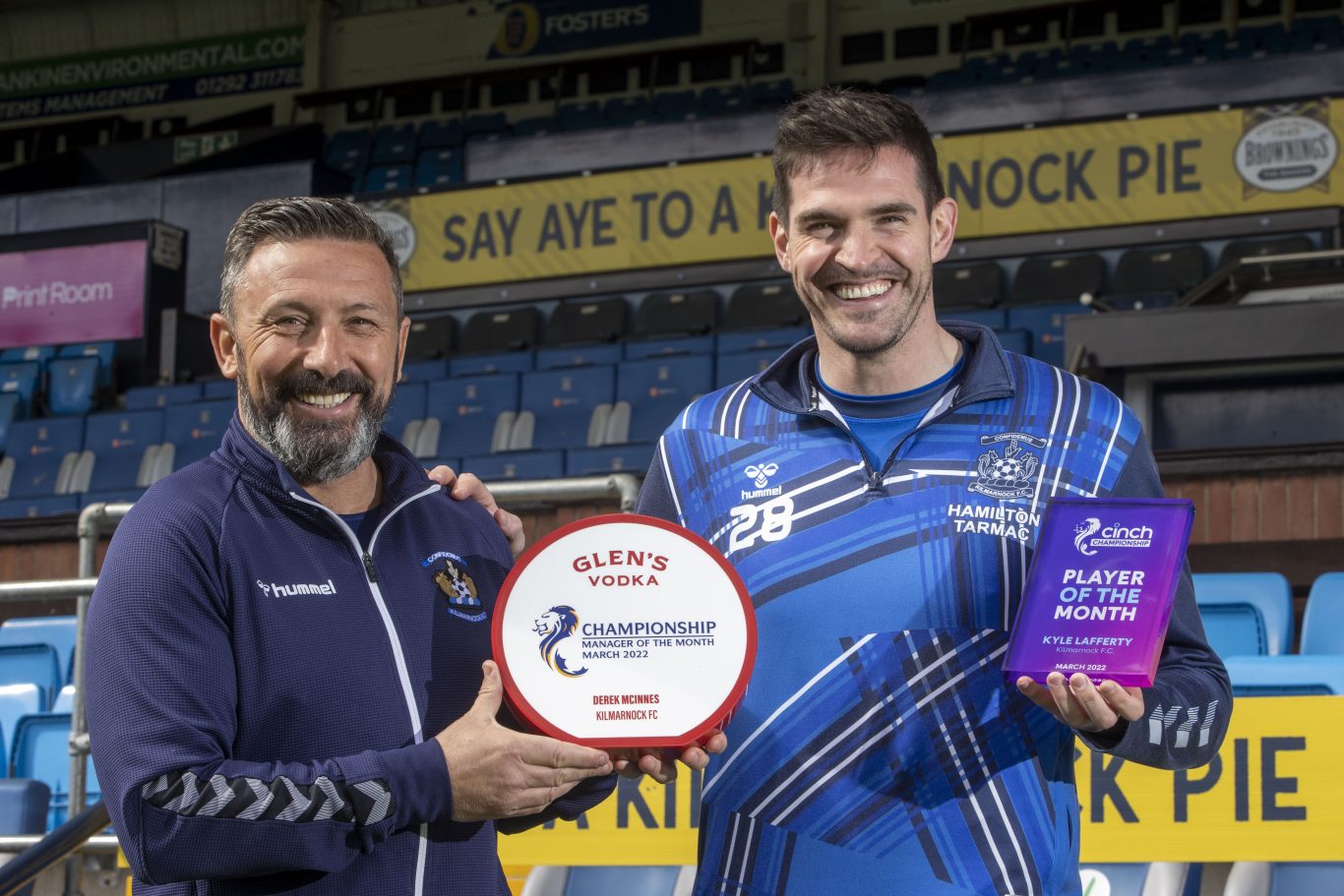 Kyle Lafferty has made it an awards double for Killie after being named cinch Championship Player of the Month for March.

The Northern Ireland international helped play a big part in Killie’s magnificent March with assists and then a crucial double against Partick Thistle.

The award makes it back-to-back prizes for Kyle who was also awarded the honour in February.