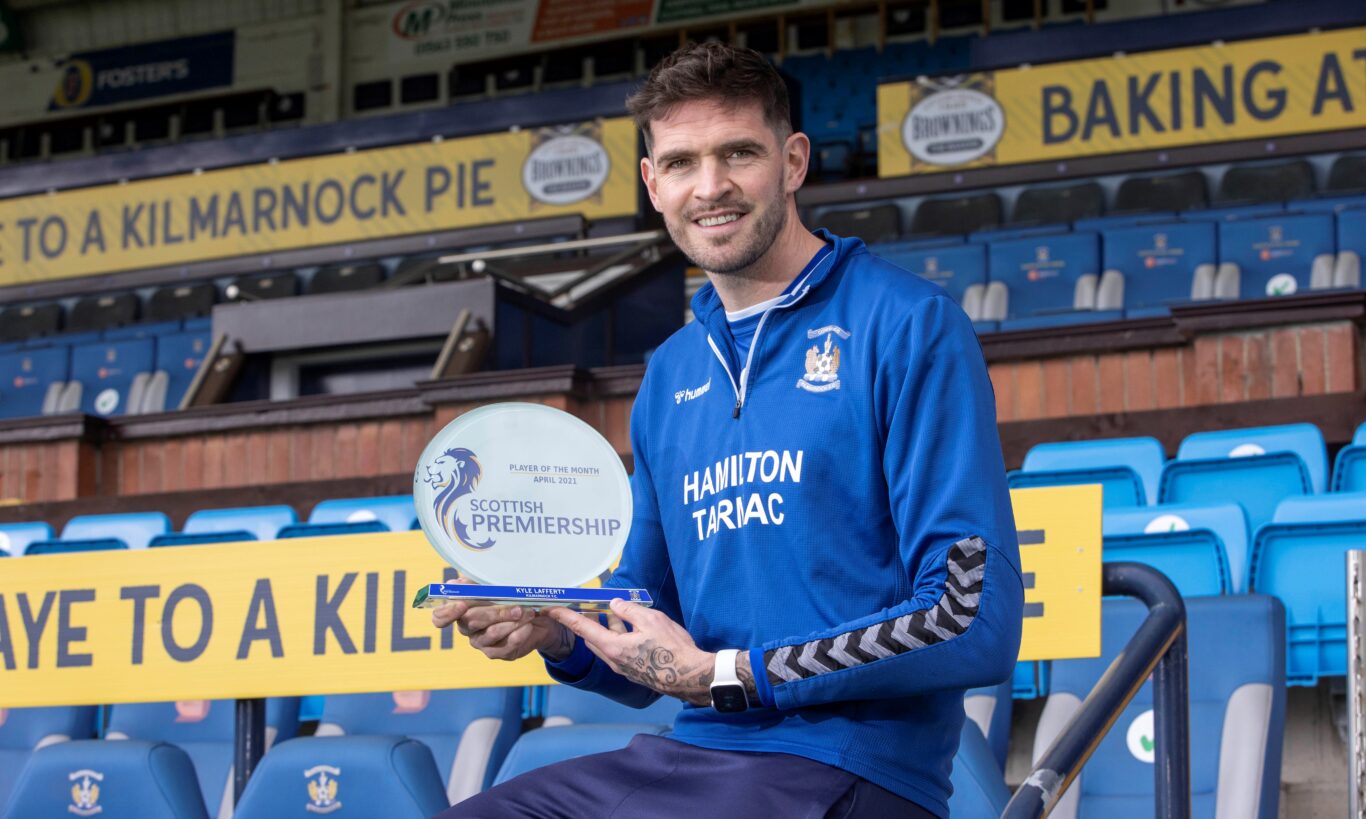 Kyle Lafferty has been named Scottish Premiership Player of the Month for April.

The Northern Ireland international hit a crucial hat-trick against Dundee United on league duty to add to his four Scottish Cup goals scored throughout the month.

Lafferty’s performances in blue and white have seen him named the top flight’s best player of the past month and he’s determined to do everything possible to fire Killie up the table in our final two matches of the campaign.

Kyle’s media conference is available to view in full on Killie TV.