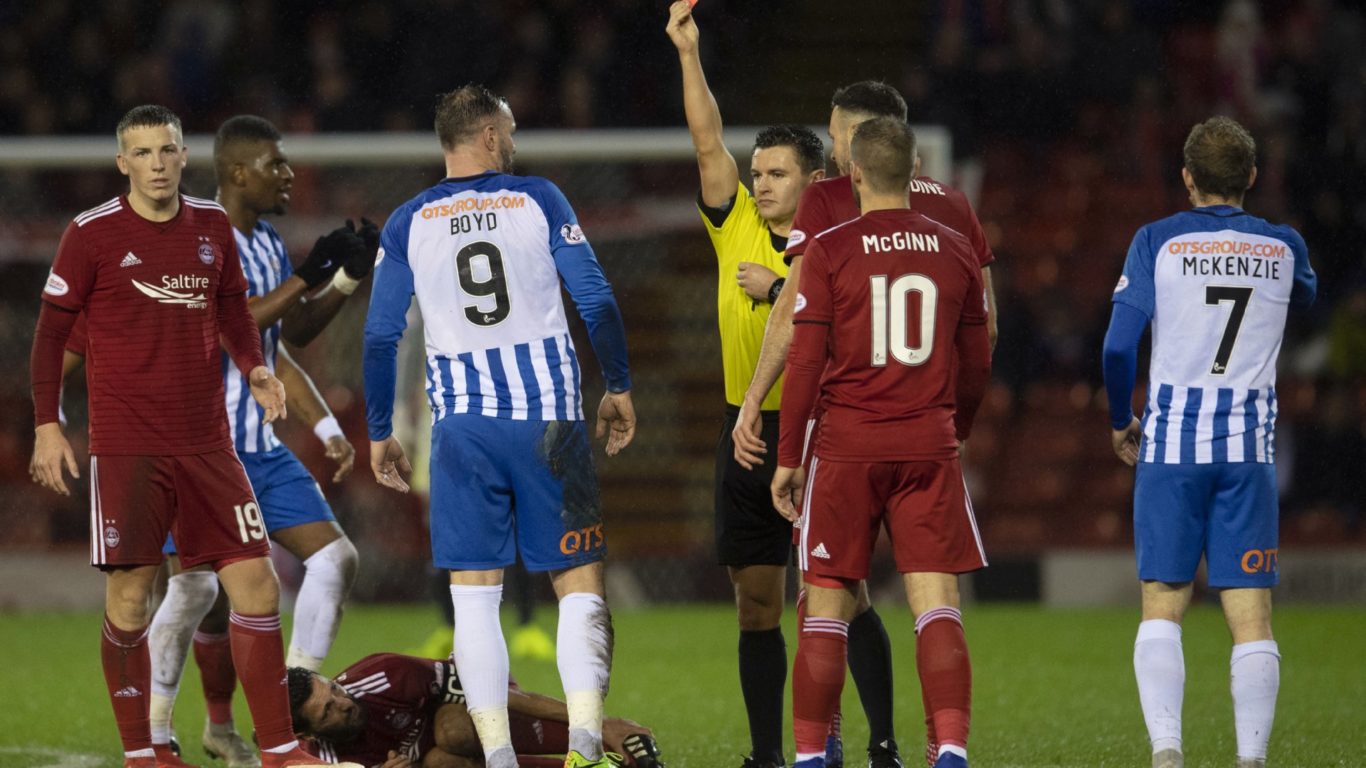 Kris Boyd will be banned for Kilmarnock's next two matches after the appeal against his Pittodrie red card was rejected.

The striker was sent off by Nick Walsh in the 80th minute of Saturday's game for serious foul play.

The original decision was upheld at an Scottish FA hearing on Wednesday morning with Kris missing Friday's match against Hearts and our midweek trip against Dundee at Dens Park.