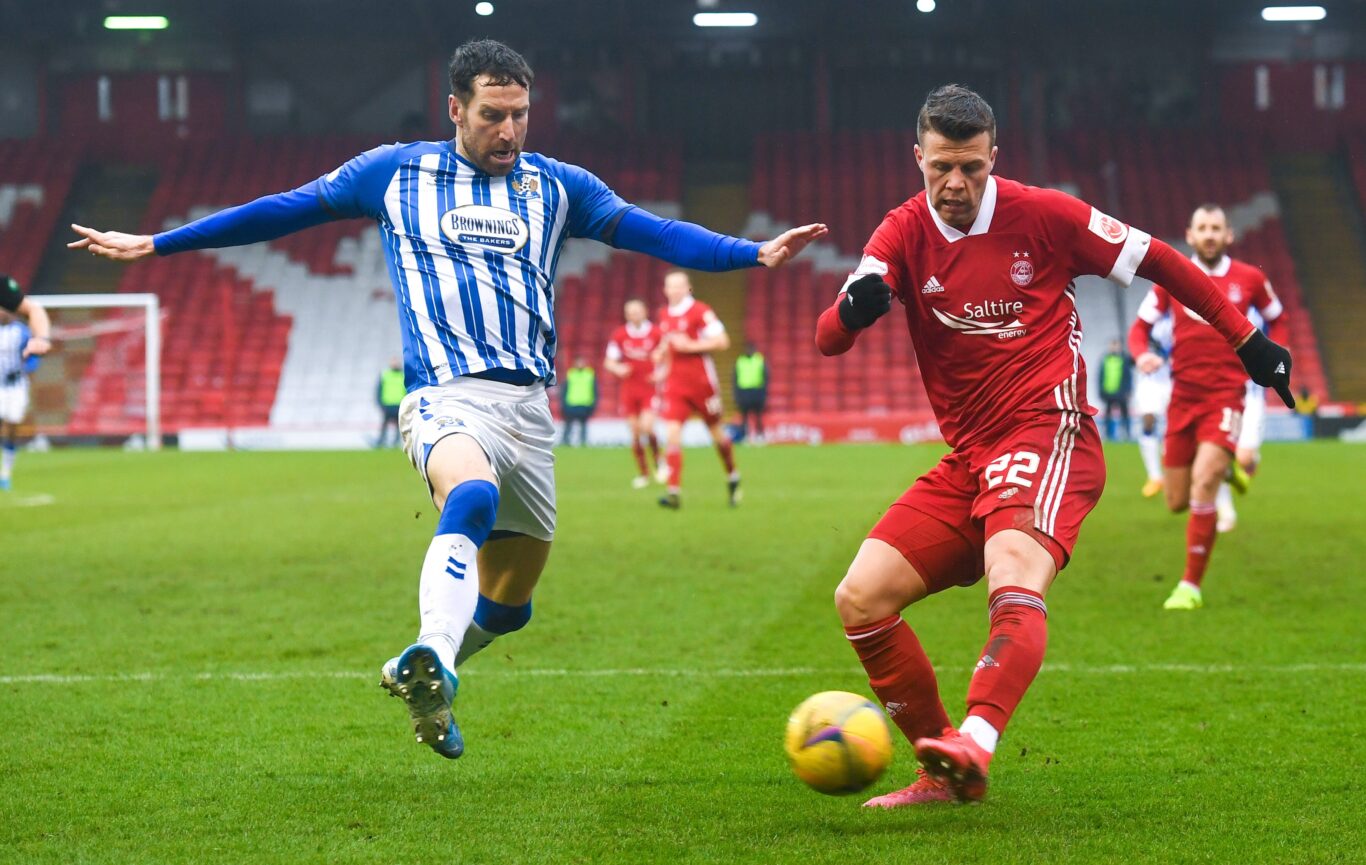 Kirk Broadfoot believes experience will be key for Killie’s season run in as both he and Kyle Lafferty got vital minutes under their belts at Pittodrie.

Broadfoot returned to the heart of the defence for the first time since January 9 due to a toe injury, completing the full match in the North East.

The defender’s return was a shock to the man himself after limited time on the training pitch.

He said: “I only trained for two days during the week and was able to play for 90 minutes, which is good as I didn’t think I’d be near the team this week.

“It was good to get those 90 minutes under my belt and the body is feeling it now.”

Kyle Lafferty’s Killie debut improved the team’s attacking threat and having worked with the Northern Ireland international before, Kirk knows all about the 33-year-old’s ability.

He added: “It was good to get Kyle on the pitch for 45 minutes because we need the experience and he can score goals. Just like me we’ll look to get a full week’s training in and hopefully that will help us going forward.

“We have big games coming up but we have to look to the Dundee United game now.”