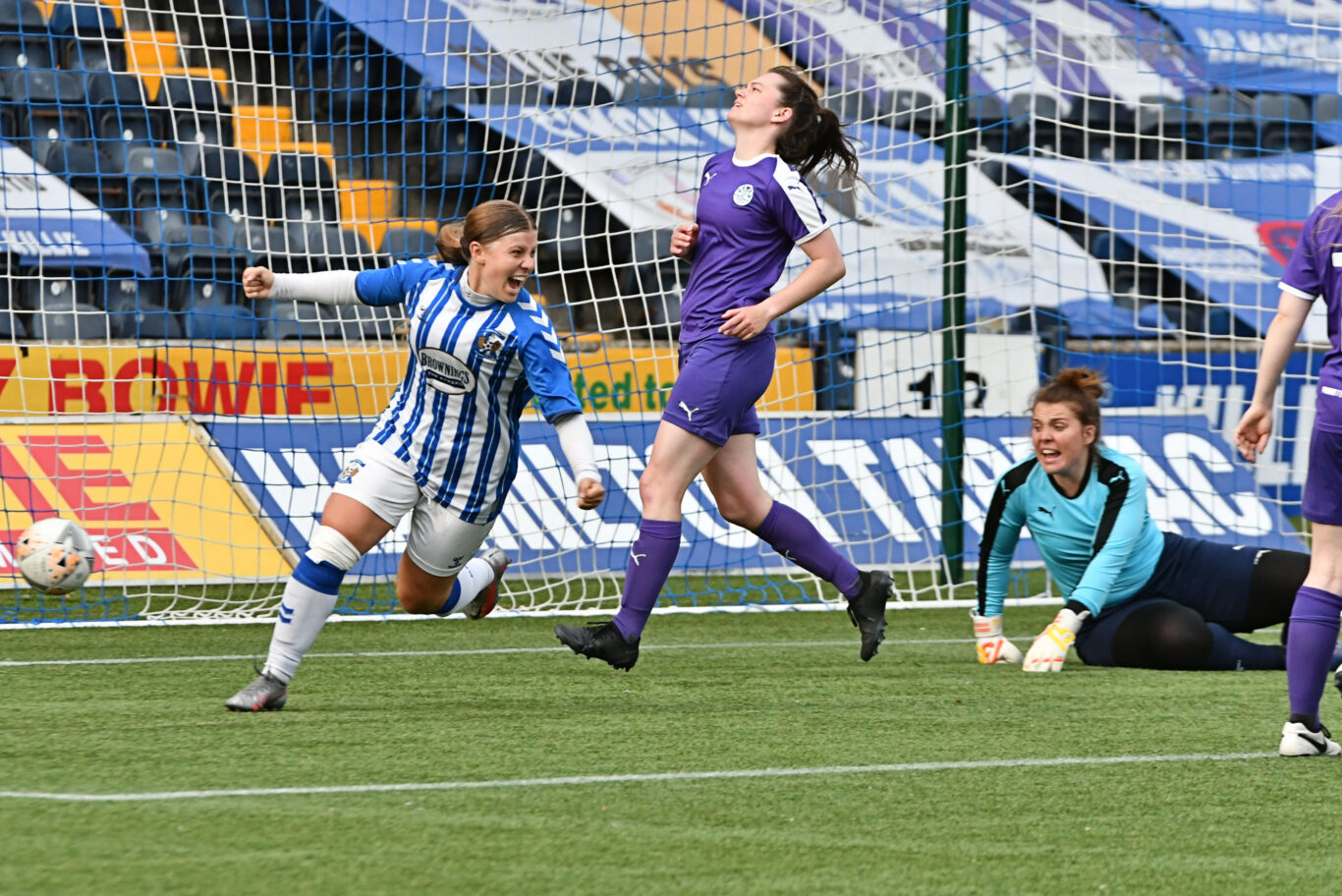 Kilmarnock Women came from behind to earn an important 3-1 victory over Boroughmuir Thistle in their first home SWPL 2 game of 2021.

Coronavirus restrictions ensured the league only restarted last weekend with Killie returning to Rugby Park for the first time since December.

Goals from Shelley Campbell, Alex Middleton and Abby Robinson was enough for the hosts in what was a crucial game for both sides with just a single point separating the teams prior to kick off.

And it was the visitors who made the brightest start as Killie appealed for offside in vain. A cross from the right saw the ball go into the net off the unfortunate Laura Neil.

However they responded positively, drawing level after Boroughmuir goalkeeper Charlotte Ferguson left her pass short and Shelley Campbell produced a fine lob from 30 yards to equalise.

The game was brought to a brief halt after Boroughmuir’s Tegan Browning fell awkwardly inside her own half, forcing her from the field in obvious pain. Killie used the stoppage to introduce Rebbeca Galt into the action for Lauryn Reside.

The hosts were ahead moments later as Ferguson could only parry Swanson’s free kick and Alex Middleton followed up on the rebound to make it 2-1.

There was a late scare seconds before the interval as Boroughmuir struck the crossbar on the angle.

After a slow start to the second period, the match exploded into action as first McGregor denied Boroughmuir with a critical save from a header before Killie went up the park and extended their lead on 55 minutes.

Abby Robinson showed determination to run beyond midfield and latch on to Galt’s pass before producing a composed finish beyond Ferguson at the Moffat Stand end.

Amy Burrows and Kirsty O’Brien both came close to adding to Killie’s tally but victory moves Andy Gardner’s team four points clear of Boroughmuir in the table with six matches of the season to go.