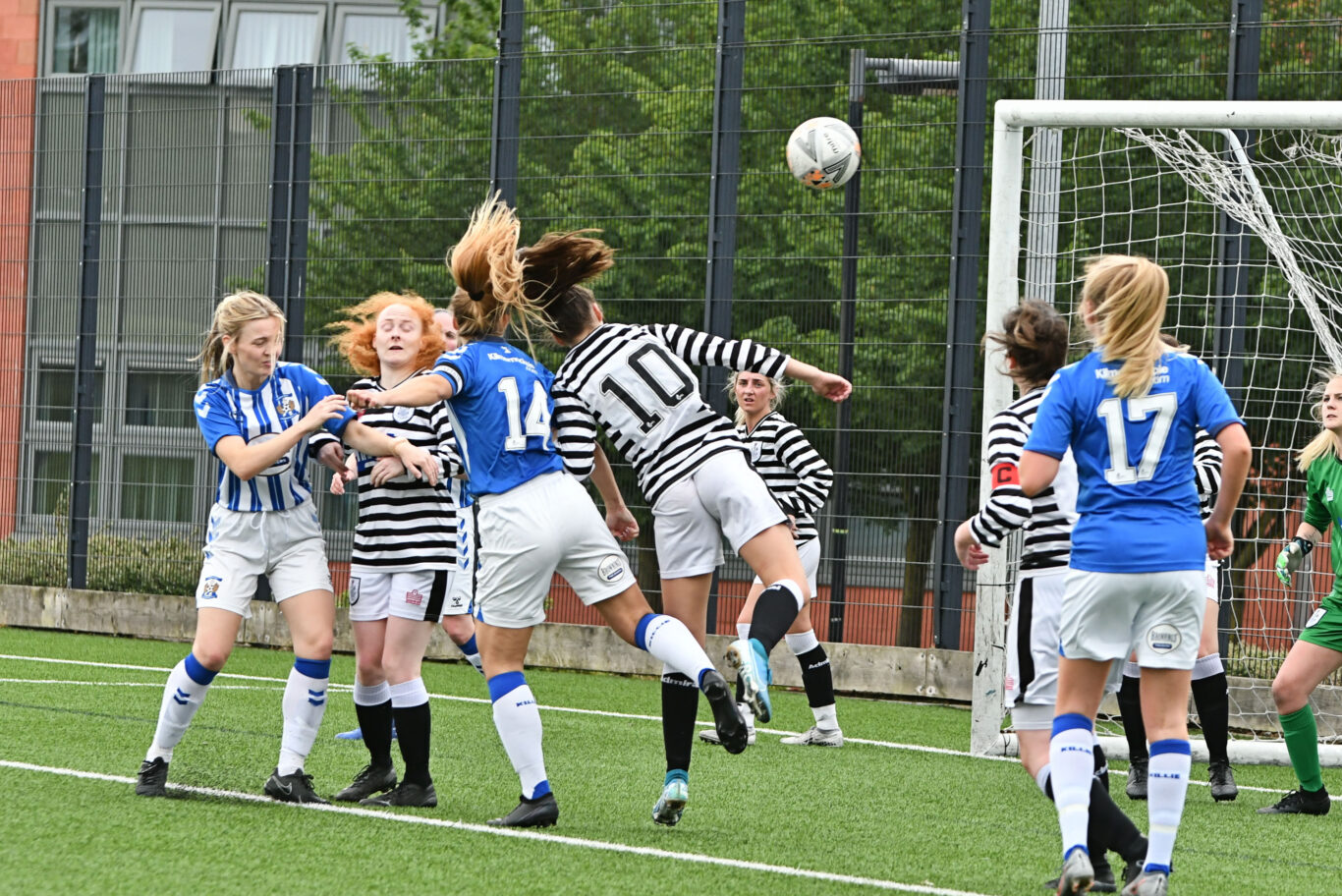 Goals from Kirsty O’Brien, Lauryn Reside and captain Laura Neil saw Killie beat Queen’s Park 3-0 at the Grange and move up to seventh in SWPL 2.

The home side dominated from the start of the match, finding the opener after 12 minutes as O’Brien finished off Lisa Swanson’s cross from the right.

Killie were quick off the blocks in the second half too, doubling their lead after 48 minutes. Aimie Docherty was the provider for Reside to apply the finish and give the Ayrshire side breathing space.

It was three just after the hour mark as Laura Neil headed home powerfully to give the Queen’s Park goalkeeper no chance.

Check out the best of Ross Mackenzie’s images