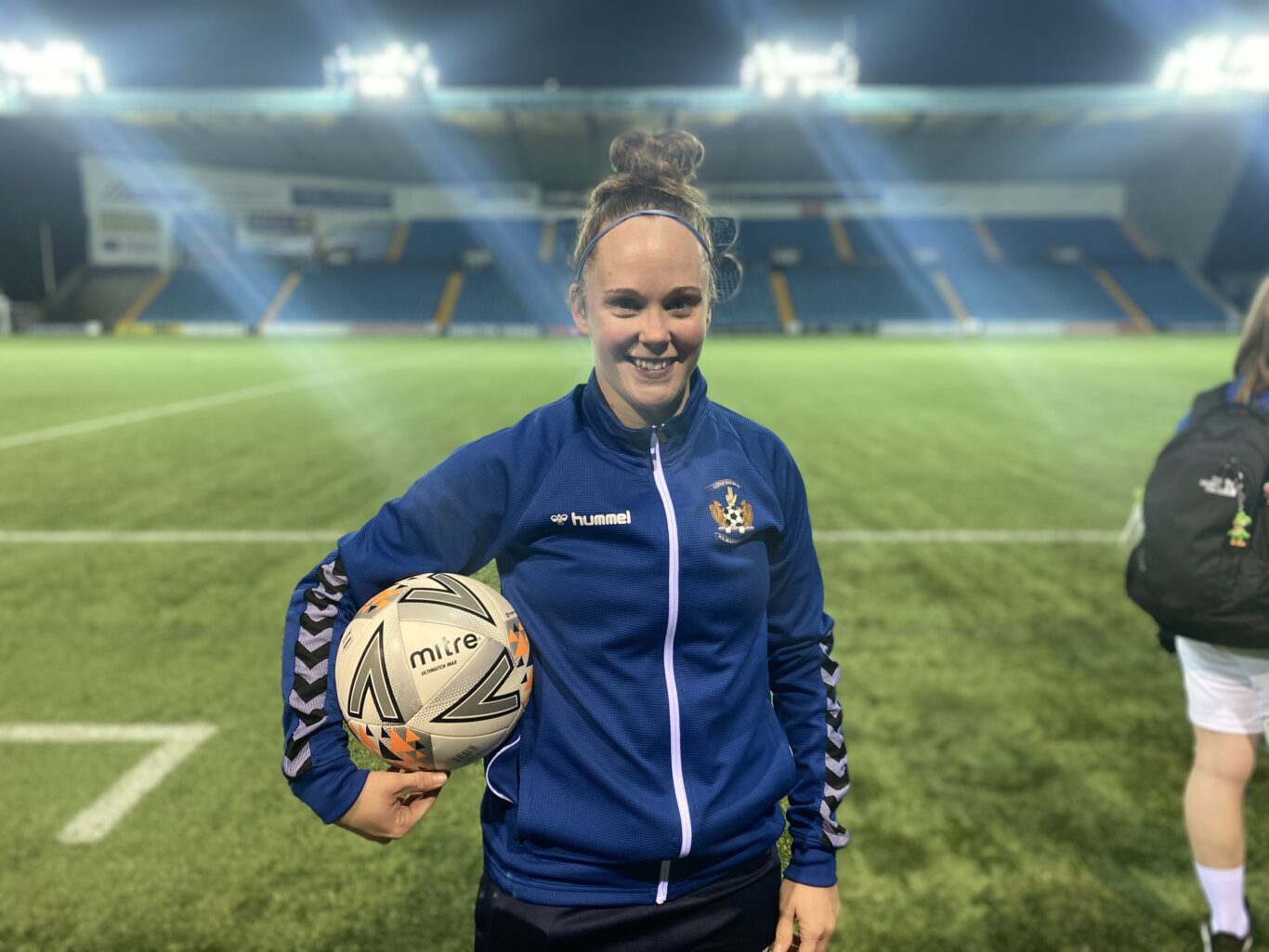 Kirsty Munro scored an injury-time winner as Killie broke down a determined Stirling University side at the BBSP Stadium, Rugby Park.

Having left it late to beat Boroughmuir on Sunday, Killie wasted no time in getting started on a crisp winter evening.

Fine build up found Kirsty Munro in space down the right and while Stirling ‘keeper Whittaker got a hand to her shot Rebecca Galt was on hand to apply the finishing touch.

Killie were getting plenty of joy down the right with Munro a constant threat against Ann Taylor with Stirling struggling to keep the Killie number 7 at bay.

Galt was only denied a second by a brilliant last-ditch block by Kiera Murphy as Killie continued to dominate the ball in the opening half hour.

Aimie Docherty was forced off through injury with Abbey McDowall and moments later the game was to turn.

A rare Stirling attack saw the referee point to the spot for handball and Stirling sub Bethany Kerr fired past Lauren McGregor to level the match.

While the visitors had grown in confidence following the goal, it was the home side who continued to create the best opportunities with O’Brien going close with an ambitious effort.

Josslyn Fletcher was introduced into the action as Killie chased a second goal with Abby Robinson showing great grit and determination at the heart of the midfield.

Emma Dawson came close when connecting with Alex Middleton’s fantastic whipped cross while Fletcher showed good footwork in the box only to be denied by Whittaker.

As it looked as thought Killie may be held by they kept going at got their reward when a bouncing ball in the box fell to Munro, who saw her shot find the back of the net to spark scenes of celebration from those in blue and white.