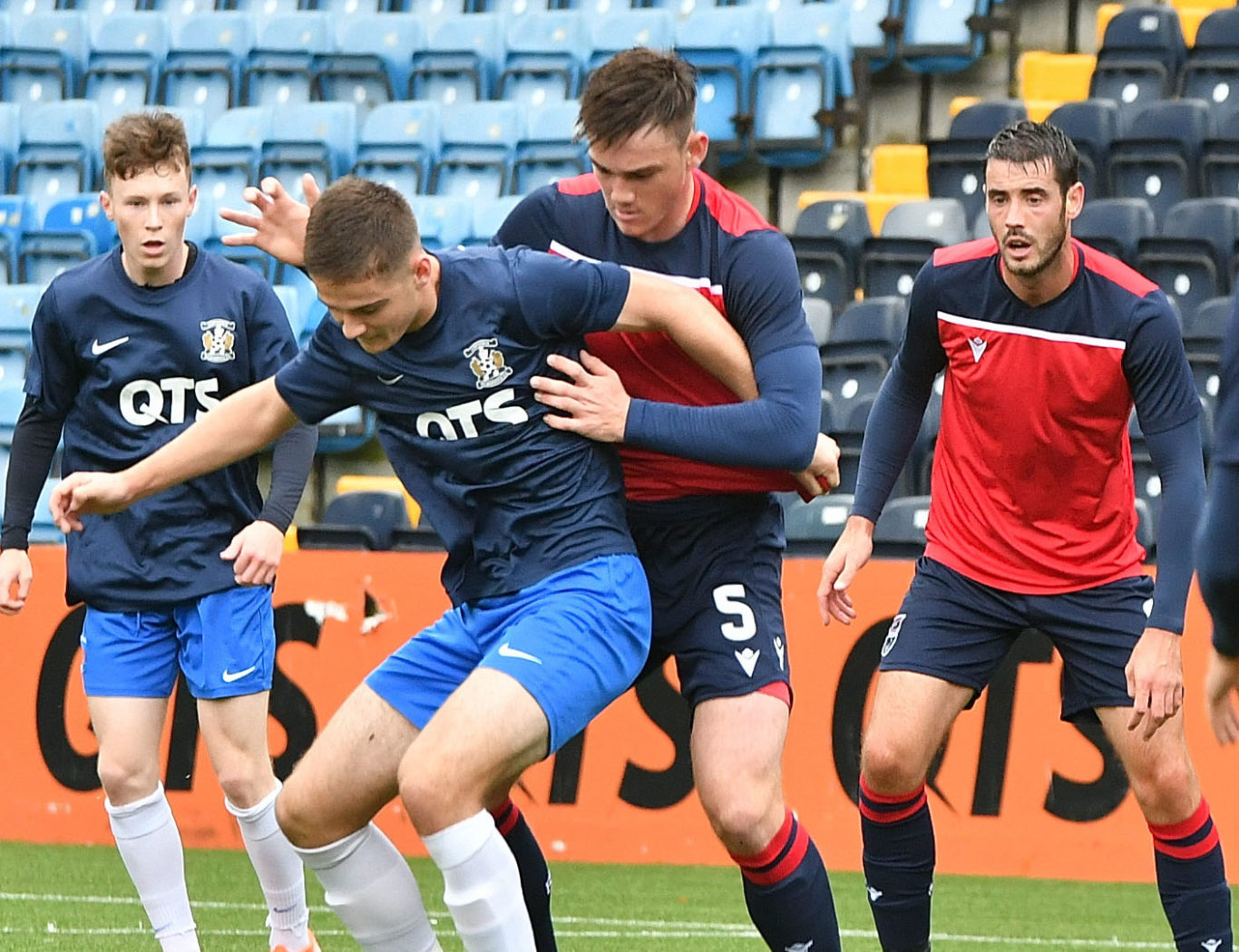 A late goal in the dying minutes gave the Reserves victory in their first home match of the season.

There was a late change to the starting line-up, with Andy Monk replacing Greg Kiltie. In an even first half Killie had plenty of possession, but it was the visitors who almost took an early lead, hitting the cross bar with a shot.

County did make the breakthrough in the 27thminute, with a deflected shot which beat Curtis Lyle in the Killie goal.

It took until the 58thminute before we forced an equaliser, but what a goal it was. Iain Wilson made a powerful run from midfield, and as the County defence backed off he sent a superb 25 yard shot into the net. Inspired by that goal it was Killie who pushed forward in the last half hour looking for a winner.

It duly arrived in the 88thminute, when Ross Millen sent a free kick from the edge of the box low into the corner of the net.