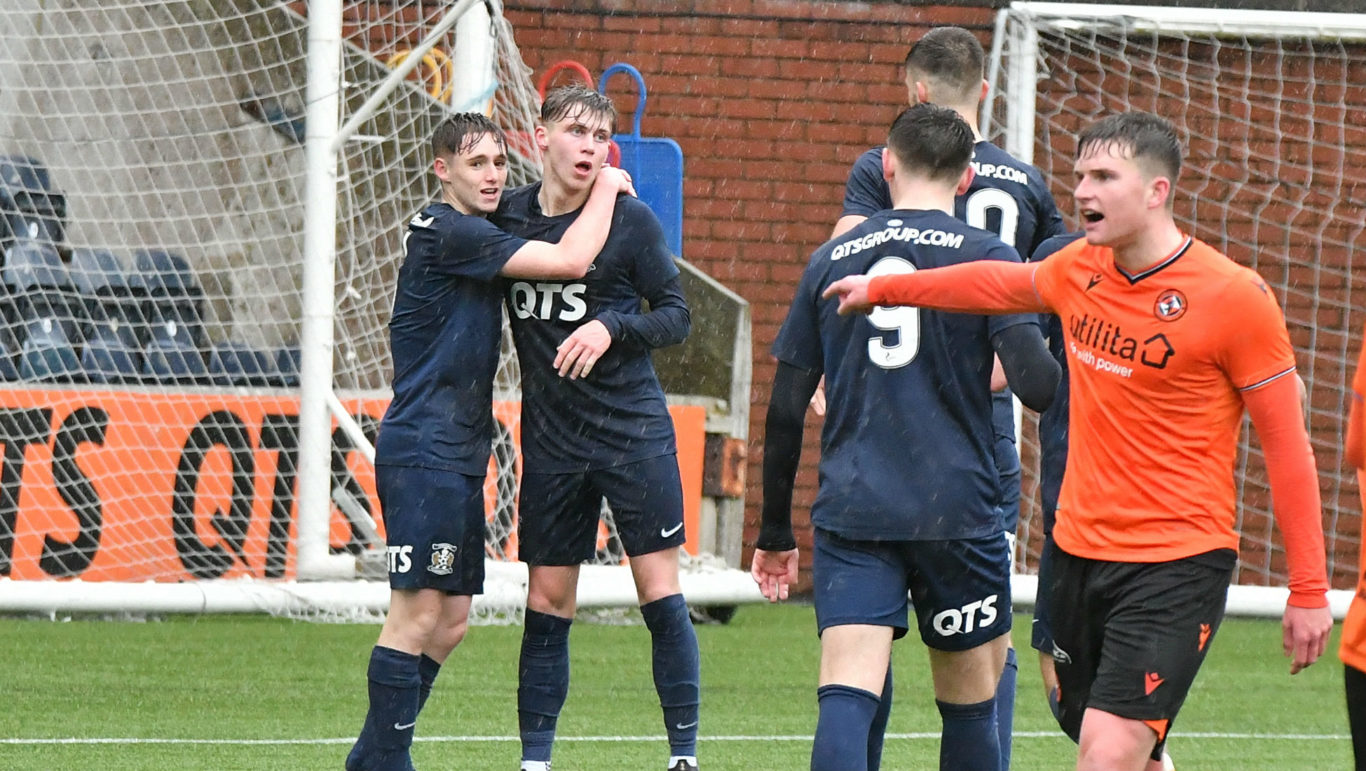 With experienced players in the line up it was perhaps little surprise that Killie dominated the early possession, moving the ball well through their 4-4-2 formation.

Kyle Connell had the first meaningful effort after nine minutes following fine work from Tam Brindley but the striker’s attempt was held by Donaldson in the United goal.

Jamie MacDonald was back in the Killie line up as he steps up his recovery from the injury which brought his loan spell at Alloa to an end. The shot stopper had to look lively after 16 minutes to deny Darren Watson with an outstretched foot.

The best chance of the half fell Killie’s way and it looked as though the script was written for Innes Cameron to return with a bang. Kyle Connell dinked the ball towards his strike partner but Innes’ header went wide of the target, much to his obvious frustration. 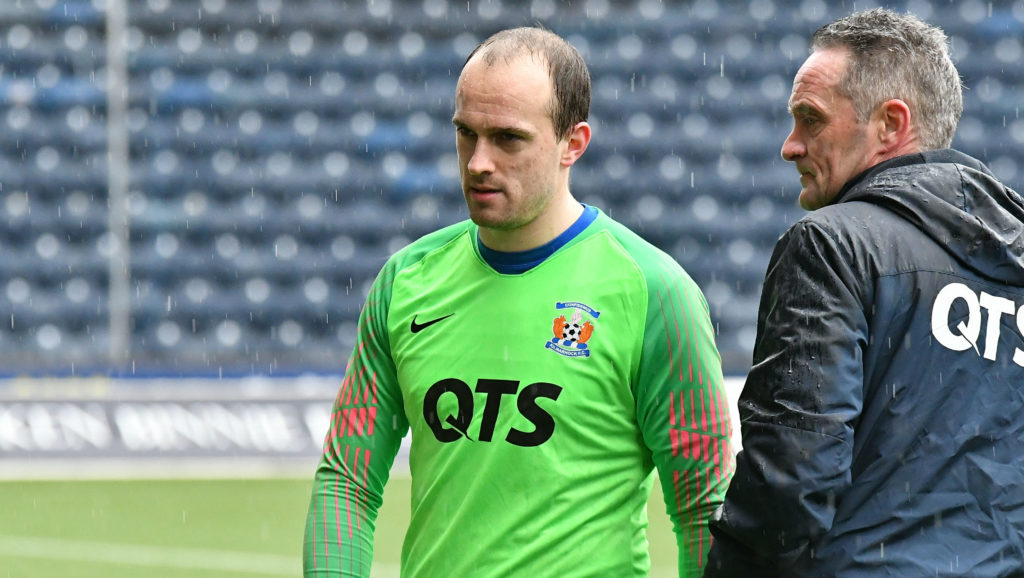 Before the half came to a conclusion, Killie goalkeeper MacDonald pulled up after taking a goal kick with the official indicating that he would have to be replaced.

Killie’s front pairing of Cameron and Connell were continuing to cause problems for the United defence and the hosts duly took the lead ten minutes after the break. Donaldson did well to keep Connell’s acrobatic attempt out but the rebound spun up perfectly for Josh Walker to nod home. 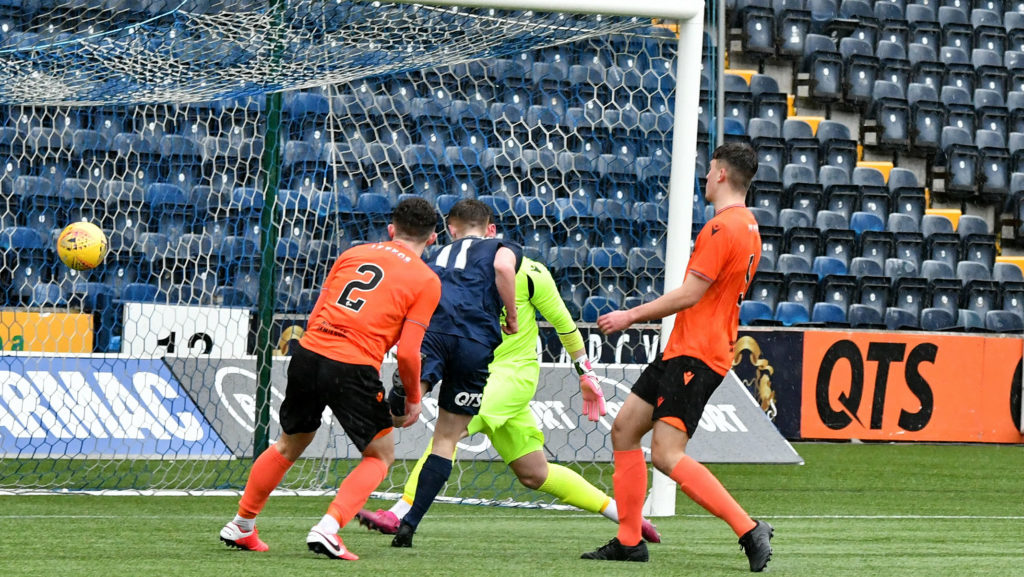 United found an equaliser with five minutes to go as Brindley was harshly penalised for handball.

Logan Chalmers stepped up to fire in a sensational freekick from 25 yards, which flew into the net past Walker via a touch off the underside of the crossbar.

Ally Taylor had a late chance to win the game after Donaldson flapped at a cross from the left but he prodded his shot wide of the post.