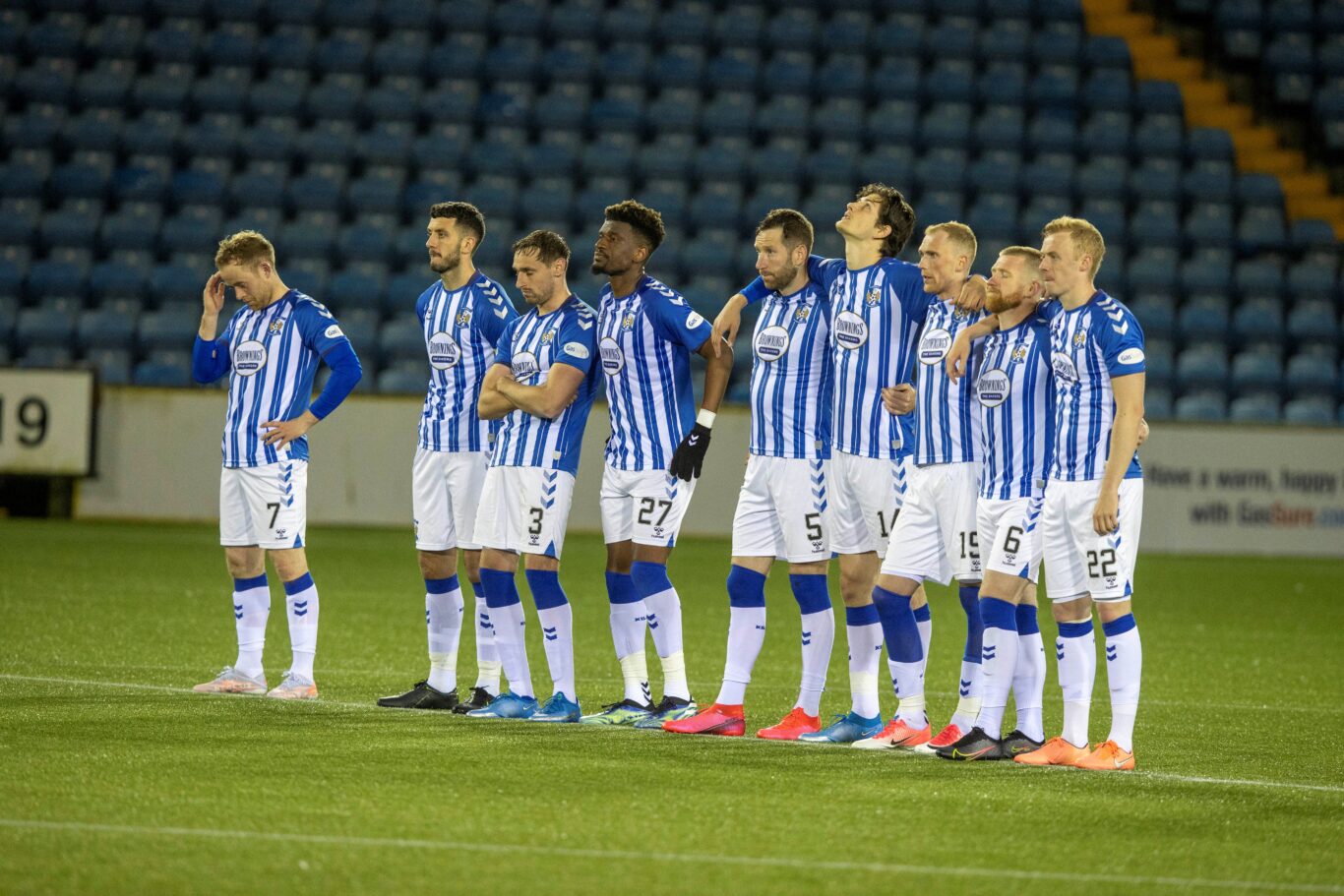 Kilmarnock lose out on penalties to St Mirren

Another year, another agonising Scottish Cup exit. It was penalty kicks once more after a rollercoaster 3-3 draw at the BBSP Stadium, Rugby Park.

Killie fought bravely for 120 minutes, playing most of the additional time with ten men due to injury with a mixture of luck and mistakes putting paid to our hopes of reaching the semi-finals at Hampden.

Tommy Wright’s men fought back from an early Colin Doyle error to gift Ilkay Durmus the lead to go into the break 2-1 ahead thanks to goals from Zeno Ibsen Rossi and Greg Kiltie.

Joe Shaugnessy’s header took the game into extra time and then it was a tale of two penalties as Ross Millen put our noses in front once more before seconds from the final whistle, whistler Don Robertson awarded the visitors a spot kick for what appeared to be a legitimate claim of the ball by the Killie goalkeeper.

Saints found the net with each of their five kicks while Jak Alnwick saved from Rory McKenzie to see the Paisley men take a place in the last four.

Killie started the match without Kyle Lafferty, scorer of ten goals in his last six matches, due to an ankle injury which will be assessed later this week.

His replacement George Oakley put in a tremendous shift in attack, leading the line well despite close attention of Shaughnessy and Marcus Fraser.

The number nine set up Kiltie’s well-placed strike on the cusp of the interval to turn the match on its head after Durmus’ floated cross had opened the scoring and Ibsen Rossi had risen to power home a header.

Alnwick in the Saints’ goal saved well from both Oakley and Kiltie to stop Killie going further ahead while Ross Millen saw his header cleared off the line.

A cheap free kick allowed Saints back in with seven minutes left on the clock with Jamie McGrath crossing for Shaughnessy to bullet his header home.

Substitute Nicke Kabamba dragged an effort narrowly wide before being forced off and with the home side down to ten men, it was little surprise that they had to defend for their lives.

Millen stepped up to score from a penalty after Brandon Haunstrup was brought down in the area and that looked like being enough for progression before a late, cruel twist.

The Killie defender and Doyle went to gather a long ball up the pitch and the Saints attacker’s momentum seemed to take him into the goalkeeper with a look of disbelief all round when a penalty was awarded.

McGrath took the contest to sudden death with Jim Goodwin’s men making no mistake in the pressurised shoot out.