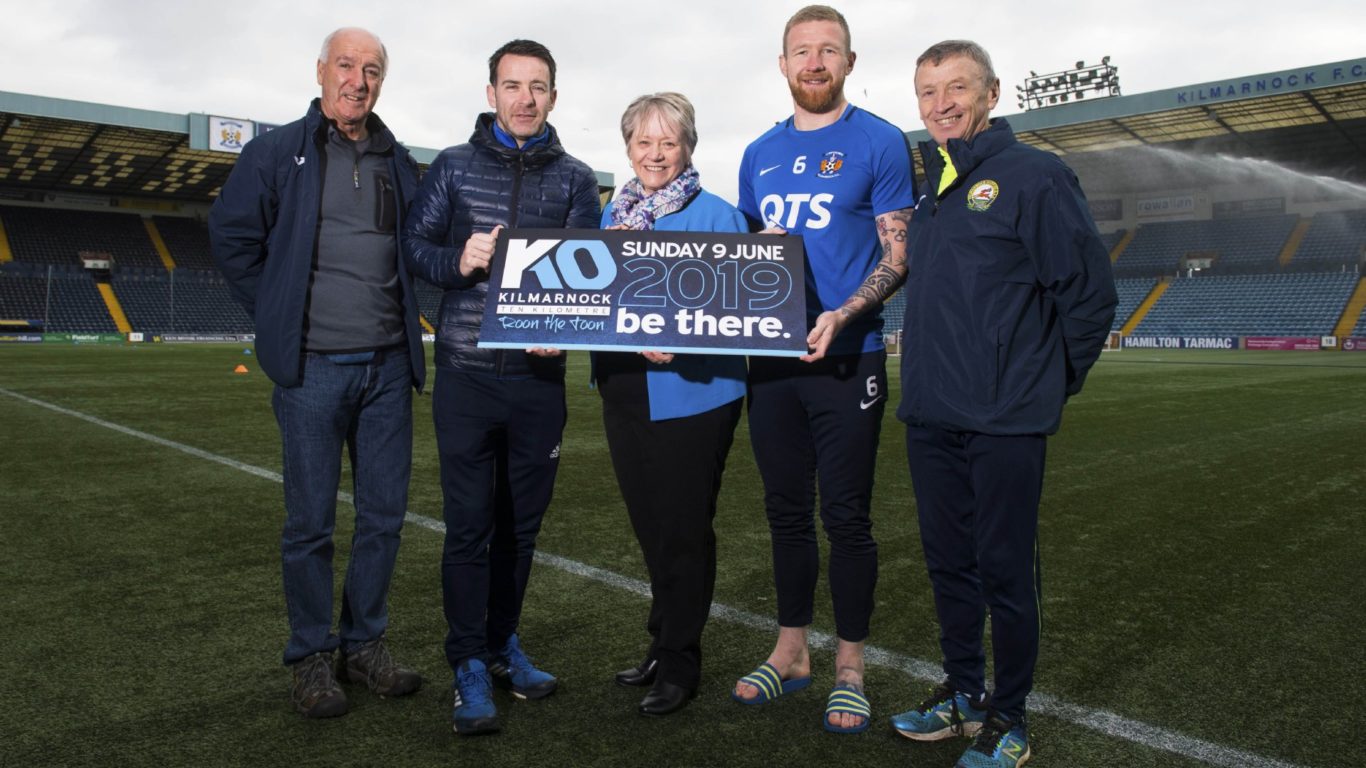 Kilmarnock Football Club are delighted to announce its partnering with the Roon the Toon 10K Road Race, which will take place on Sunday 9th June. The Club, celebrating their 150th anniversary, is urging fans to take part and run in some of their favourite Killie tops, in a bid to paint the town blue and white. Runners will also get some Killie keepsakes on completion of the race.

Roon the Toon is a community-based event, open to runners of all abilities, from some of Scotland’s best athletes to the most casual of joggers. You can even push a pram around in the 10K Stroller Roll. The event is fully inclusive and also features The Scottish Championship 10K Wheelchair Race.

“In the clubs 150th Anniversary Year, we are trying to encourage at least 150 of our supporters to enter and run in their Killie shirts, old and new.”

“Roon the Toon has become a pivotal event in the town and it’s a great partner event for the Club to be associated with.”

Club legend, Garry Hay has taken part in the event since its inception and is looking forward to another year:

“I haven’t started training for the 10k yet, but I’m sure I’ll manage to put in an impressive time in some Killie colours.

“It’s great to see the Club and Roon The Toon coming together to celebrate the 150th Anniversary. I’ll be running in some classic Killie blue and white stripes, so I’m sure 149 other will manage to join me on the starting line.”

The event aims to provide the motivation for participants to get more active and has been highly successful in this respect, growing from strength to strength each year. It also helps significant funding for other local great causes.

Organisers are offering the incentive of a £500 donation to the funds of the first School Team or the first Sports Club Team (excluding running clubs) and are urging local schools and clubs to join the event. One of the organisers, Ian Gebbie added:

“I’m delighted that we can partner with the club this year. They have always supported the event with water stations in the past, so to see some blue and white branded runners passing through the gates of Rugby Park will be a site to be remembered.”

“Last month saw the announcement of the demise of the Glasgow Women’s 10K, a major event in the running calendar. Roon the Toon fills this void being run at the same date and time and offering disappointed participants an even better alternative, although they will have to run with the men.”

“With over 1000 participants signed up already, we really want to see this grow and look forward to another great event alongside the Club, which is already a monument in the Killie community.”

Each participant can sign up online for £18 and each entrant must be over the age of 15. Interested competitors can find out more on the event website at: www.roonthetoon.com, or you can sign up directly by visiting the following link: www.entrycentral.com/roonthetoon.