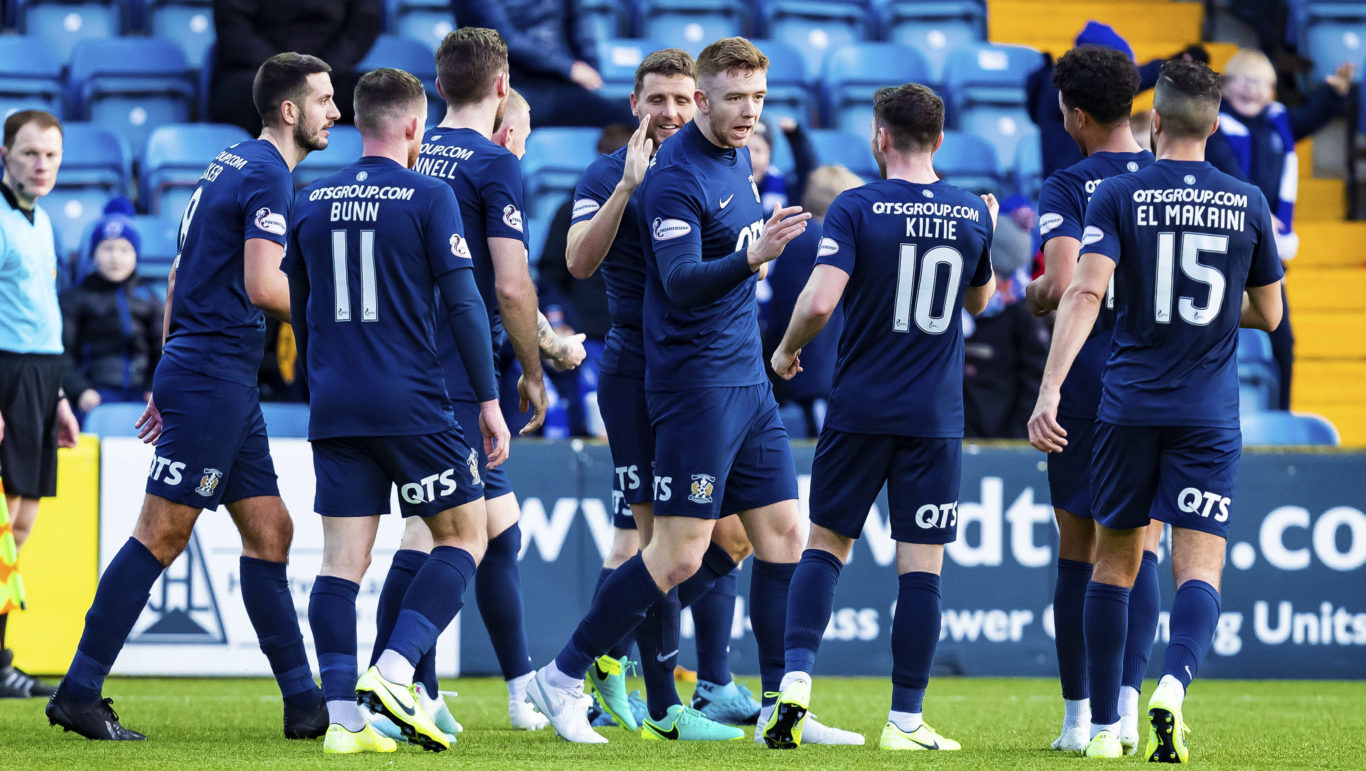 Killie’s first match of 2020 ended with a bang after we hit Queen’s Park for six in a sizzling fourth round Scottish Cup tie at Rugby Park.

There were a handful of changes to the side that slipped to defeat in Paisley: Koprivec was handed his senior debut in goals, whilst new recruit Harry Bunn was handed his Killie debut in attack.

Alex Dyer’s team selection paid dividends from the off, Alex Bruce nodding home a simple Chris Burke free-kick past William Muir to hand Killie the lead after just eight minutes – a well-crafted effort to ease early nerves in our return to first competitive action since December.

It may have been expected, but Killie showed no signs of slipping on a potential banana skin as they made their intentions clear from the off.

It was a massive day for the Findlay household: the big centre-back returning from injury for his first match since he was forced off against St. Mirren at the end of October last year, and boy, was his return to action a welcome one as he added the extras to make it 2-0.

Another fine Burke delivery from the wide area whizzed onto the head of Findlay with pinpoint accuracy, with the defender leaping like a salmon to thump home the ball after 26 minutes.

And then, not long after, he was at it again: guiding home another header to send Killie into the break with a 3-0 cushion.

It was a fruitful day for defenders, but Greg Kiltie wasn’t about to let his Rugby Park homecoming be overshadowed: the attacker steering the ball home after 62 minutes into his first start since his return to the club from Dunfermline.

It was a whirlwind of debuts for Killie: aside from Koprivec minding the nets, new recruit Nicke Kabamba and youngster Kyle Connell were also handed their first appearances for Killie in the second-half.

This new-born strike partnership circled the Spiders’ goal well as they probed for a magic fifth goal: but the League Two side put up fierce resistance as they bunkered down.

It was an admirable fight, but Killie were hungry for more. On an afternoon of impressive performances: Nicke Kabamba bundled home goal number five on his Rugby Park bow.

The goals just kept coming, Connor Johnson making it a super six with the final kick of the game to secure a magnificent win for Alex Dyer’s men.