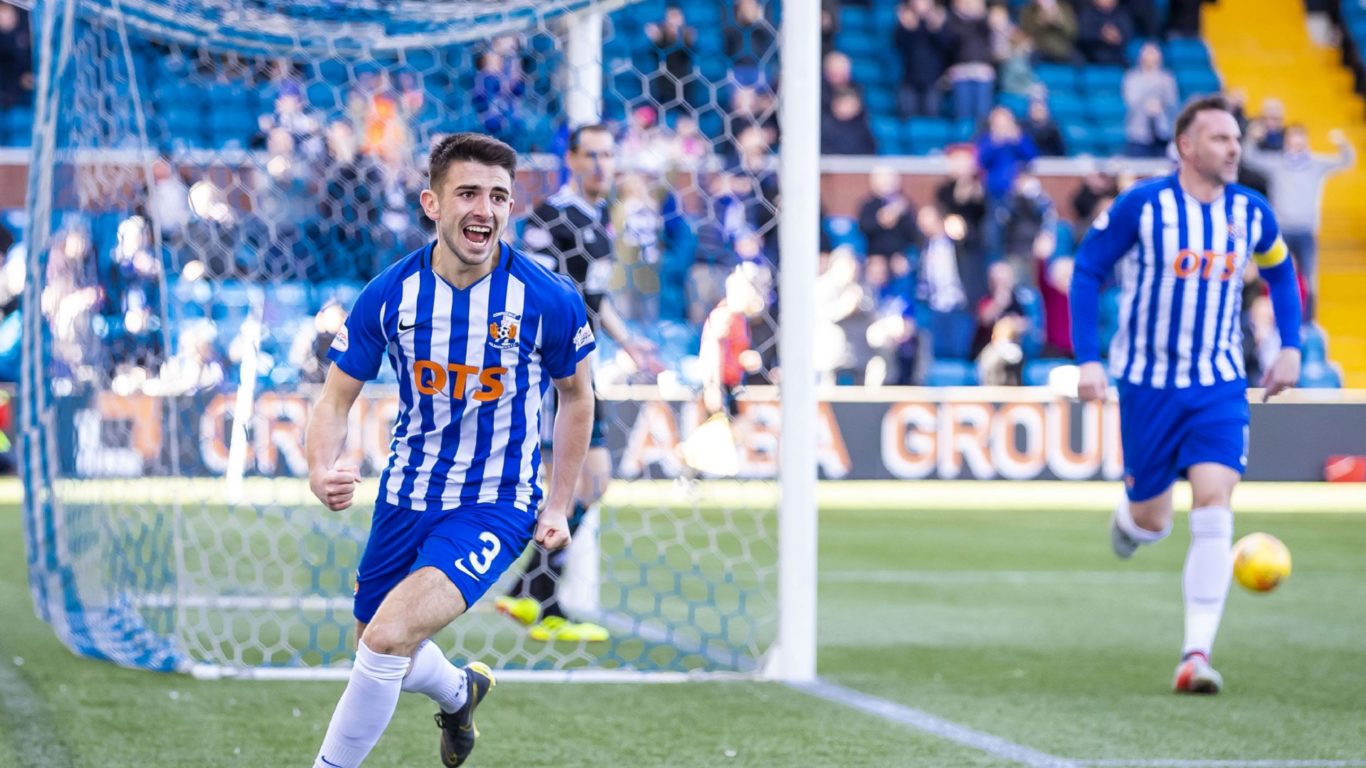 Kilmarnock returned from the
international break in style after hammering Hamilton 5-0 at a sun-kissed Rugby
Park, writes Neil Hobson.

On
a vintage afternoon for Steve Clarke’s men, Greg Taylor scored his first
professional goal for the club whilst McAleny, Mulumbu, Burke and Ndjoli added
the extras.

Killie
went into this match already flying high, having secured a guaranteed top-six
finish in their previous match at Ibrox.

But
fans knew they were in for a treat after Taylor opened the scoring after just
four minutes – blasting a low drive home from the left side of the area.

The
defender wheeled away in delight, but the show was just getting started.

The
first-half, and the game, was dominated by Killie – but the floodgates opened
in spectacular fashion in the second 45.

Rory
McKenzie was unstoppable, as he tore down the flank in spectacular fashion –
slicing open the Accies defence with a nice ball that McAleny capitalised on.

The
striker twisted and turned before unleashing a clean strike that gave Killie a
2-0 lead after 55 minutes.

Youssouf
Mulumbu was superb in the middle, and he was soon among the scorers ten minutes
later after he curled a low-effort past Woods, another goal born from
McKenzie’s fine movement and passing.

Killie
were in dreamland by that point, but they kept their foot on the gas in pursuit
of more goals, with Clarke unleashing Liam Millar and Chris Burke into the
game.

It
was a move that paid off, as the veteran showed a cool head to smash a fine
effort into the top-left corner of the net from close-range after 83 minutes. His
fellow sub Millar nearly went close to scoring, going one-on-one with Gary
Woods – but the Canadian was just unable to connect boot to ball.

Marshalled
by Kris Boyd, Killie kept hammering away, refusing to back down – and it
ultimately proved to be a case of best until last.

The
forward was brought on in the closing moments of the game, as the fourth
official’s board signalled two minutes of added time.

Sailing
across in casual fashion, Ndjoli hit the ball with a thunderous amount of power
from the right edge of the box – with the resulting effort furiously smashing
the back of the net

It
was a brilliant goal to round off a brilliant game, and the referee blew the
full-time whistle to a booming reception from the Killie fans.