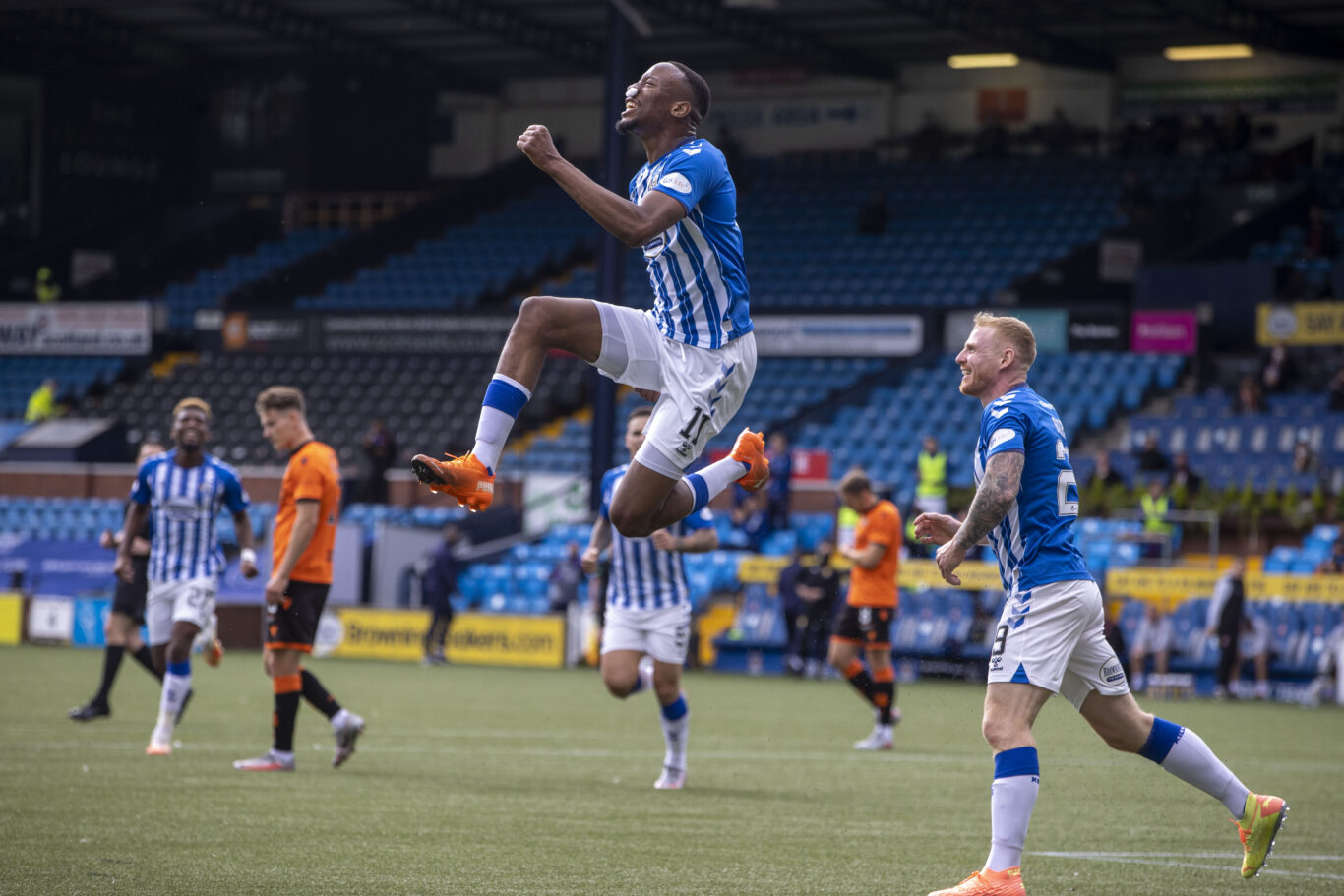 With the international break on the horizon, there was no doubt about how important this match would be for both sides.

Alex Dyer made changes in personnel and shape with Zeno Rossi coming in at right back while Greg Kiltie featured on the left of midfield.

A front two of Kabamba and Brophy were selected and the pair wasted no time in giving Mark Reynolds and Mark Connolly a torrid time.

United’s game plan seemed to focus on a one-on-one battle between Luke Bolton and Calum Waters with the on-loan Manchester City loanee combining with Logan Chalmers to go close on two occasions.

Niggling fouls were the feature of the opening 20 minutes with Aaron Tshibola put in the book for a foul on the halfway line. An injury to Stuart Findlay could have unsettled the home team with Clevid Dikamona entering the field for his Killie bow.

Crucially moments later, Killie went ahead. Calum Waters advanced down the left before whipping a delightful cross for Kabamba to power his header past Siegrist.

The confidence began to flow through the side in the wake of the goal with Tshibola testing Siegrist with a driven strike from 25 yards. And before the break it was 2-0 as Kiltie flicked Dicker’s lofted pass into the path of Brophy and the Wolf made no mistake to open his account for the campaign.

The home side had to weather some United pressure at the start of the second half but they held firm before producing two brilliant finishes to kill the game as a contest.

With Connolly under pressure from a Burke pass, Kambamba robbed the ex-Rugby Park captain of the ball before steading himself and slotting the ball past Siegrist.

And with Youssouf Mulumbu back on for his third spell with Killie, we saved the best for last with a thrilling goal, which will be talked about for years to come.

It was a goal fitting of the highest stage of the game and it rounded off a wonderful day in the sun at home.