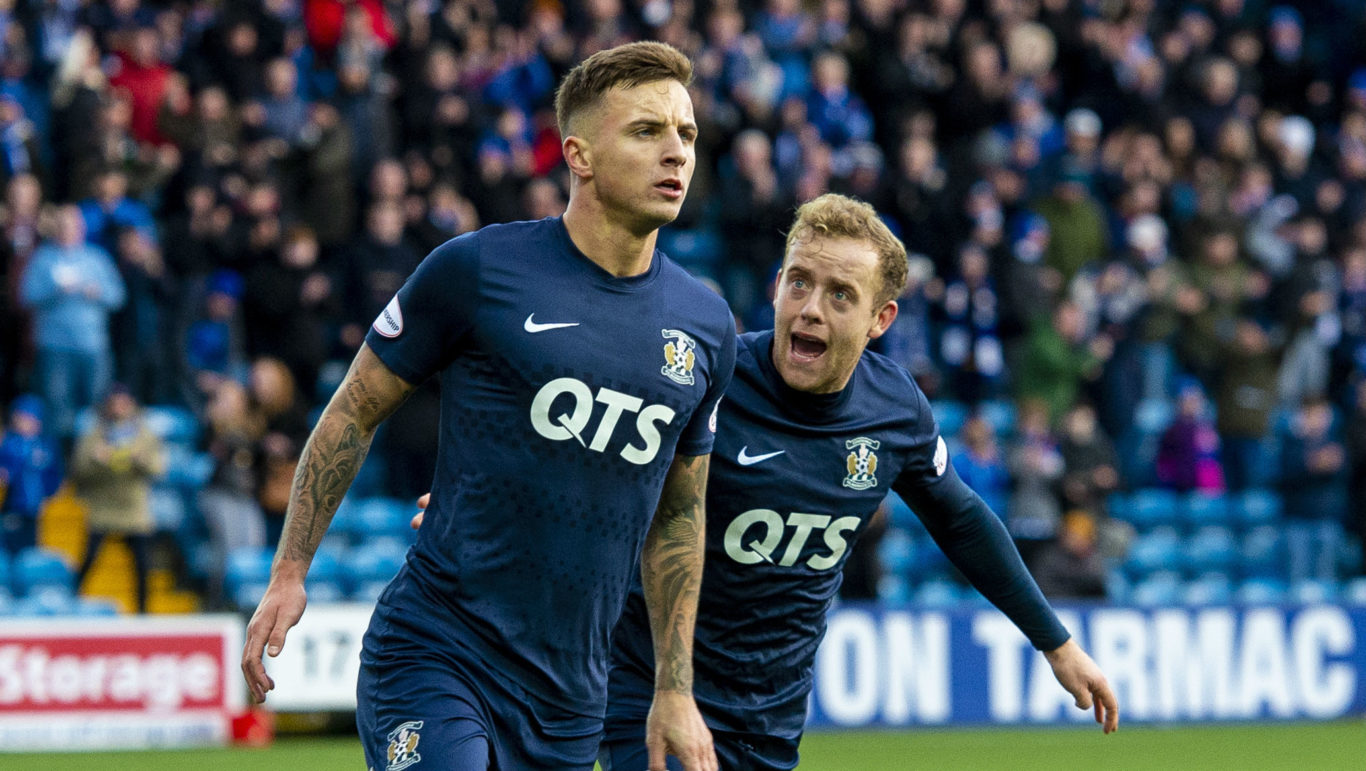 Having experienced seven straight league defeats, Killie were looking to avoid an unwanted record and came flying out of the traps with Nathan Baxter almost gifting an opening goal to Eamonn Brophy.

Alex Dyer paired Brophy with Kabamba in a 4-4-2 formation and the duo caused the visiting defence all sorts of problems in the early stages.

It was then a shock to the Rugby Park crowd when the Staggies took the lead with their first attack. A ball forward wasn’t fully cleared and Iain Vigurs caught his strike sweetly on the half volley to beat the returning Laurentiu Branescu.

Killie were not to be downhearted and they returned from the interval with renewed purpose, forcing their opponents deeper into their own half.

The reward arrived on 54 minutes as Brophy unleashed an unstoppable drive past Baxter to lift the home crowd and drive the team onwards.

Killie went ahead three minutes later as Baxter could only parry Brophy’s shot and Burke was brought down in the area leading Willie Collum to point to the spot.

Brophy stepped up to calmly slot it down the middle and turn the match on its head.

County had faced both Celtic and Rangers in the space of five days and they began to tire as Killie sensed blood and kill the match off as a contest.

Vigurs fouled McKenzie, allowing Burke to float in a free-kick for Kabamba to nod into the corner of the net and allow the Killie fans to relax.

A second debut for Kirk Broadfoot followed after his deadline day return from St Mirren to cap off a fine day for Ayrshire’s finest.