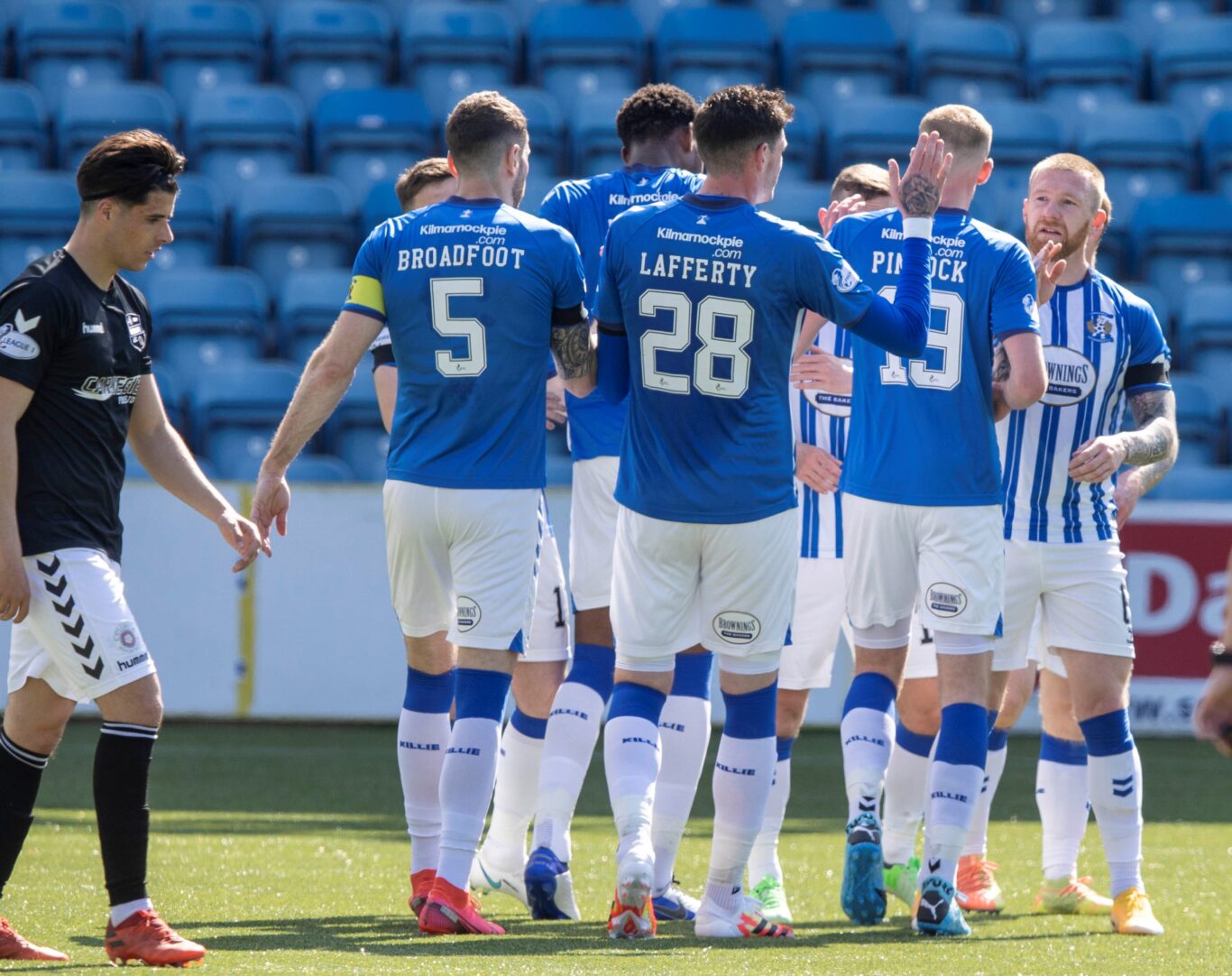 Killie booked their place in the Scottish Cup Quarter-Finals with a 3-1 win over Montrose.

Goals from Kyle Lafferty, Chris Burke and Greg Kiltie set up a last eight tie with St Mirren next weekend as the Ayrshire side showed our class at the BBSP Stadium, Rugby Park.

Tommy Wright gave Calum Waters his first appearance of 2021 at left back with Youssouf Mulumbu, Ross Millen and Greg Kiltie returned to the starting XI.

Kyle Lafferty has been the focal point of the team in recent weeks and he continued that form by connecting with Kiltie to score the opening goal after only six minutes.

It was 2-0 after 24 minutes as Chris Burke’s cross from the right flew past Allan Fleming via a touch from a Montrose defender.

The League One side were not afraid to have a go and they attacked the hosts with gusto.

Colin Doyle was called into action early in the second period to stop the Gable Endies finding a way back into the match with a smart stop.

Fleming did not have as much joy at the other end as his slack touch allowed Lafferty in to set up Kiltie for the third.

Montrose never gave up and they pulled one back through Cammy Ballantyne in the dying stages but it was all about cup progression for Killie and that was achieved with the Buddies lying in wait next.