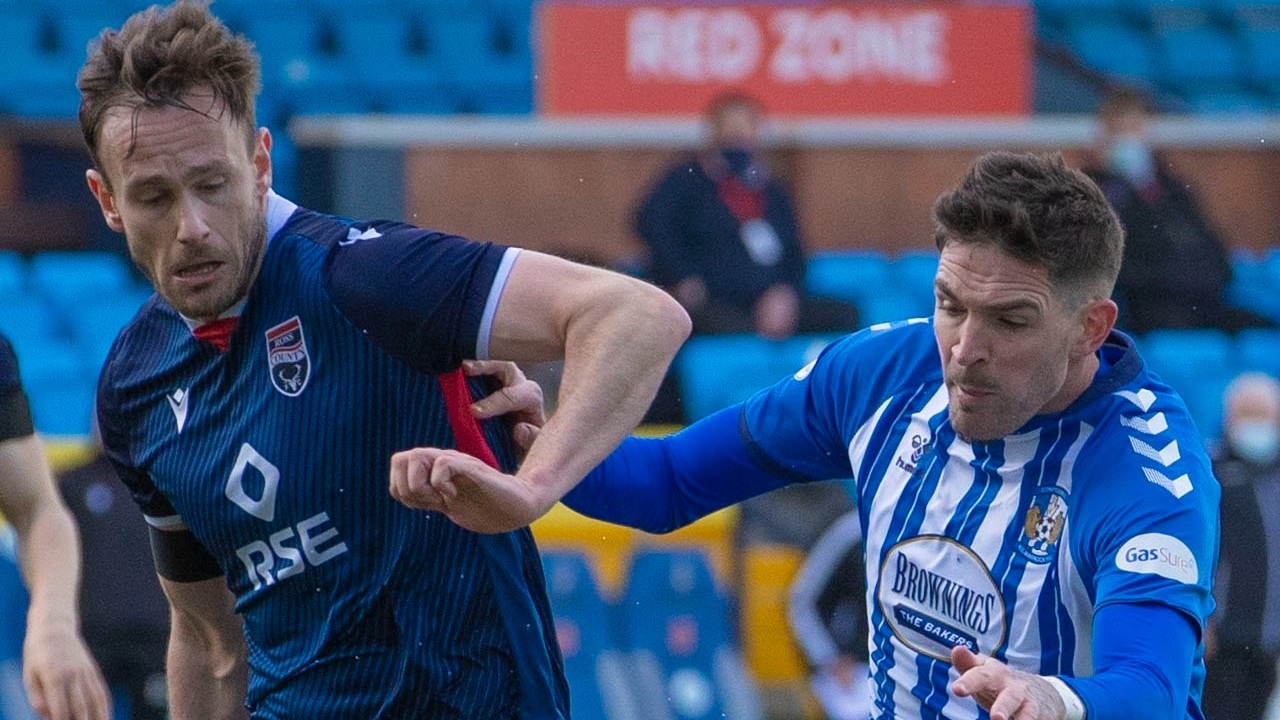 Goals are guaranteed when Killie and Ross County meet and another four were served up in this tense and entertaining post-split contest.

After ten goals in our last three matches, it was little surprised to see miniscule changes to the starting XI with Aaron McGowan in for the suspended Ross Millen.

Killie made the perfect start as Chris Burke’s magnificent volley gave Ross Laidlaw no chance inside two minutes but the lead would only last that long as Michael Gardyne provided a quick response to level matters.

A win would have taken Killie above the Staggies and it was through Mitch Pinnock that the home side regained their advantage. The winger controlled the ball on the spin before firing through Laidlaw to continue his fine recent form in blue and white.

County started the second period as the brighter side with Jordan White hitting the post with a header while Ross Draper then headed narrowly wide moments later.

They eventually did draw level as Alex Iacovitti met a set play to beat Colin Doyle with a firm header.

Every ball was being fiercely contested as both sides pushed for what would have been a huge goal as Greg Kiltie was introduced into the action for Rory McKenzie.

Both Burke and Kiltie went close with opportunities as Tommy Wright’s men pushed forward in search of a killer goal.

Laidlaw denied the hosts with a strong wrist to push away one late effort as the match ended with honours even.

With four matches remaining it is all to play for heading into the tail end of this unique Premiership campaign.