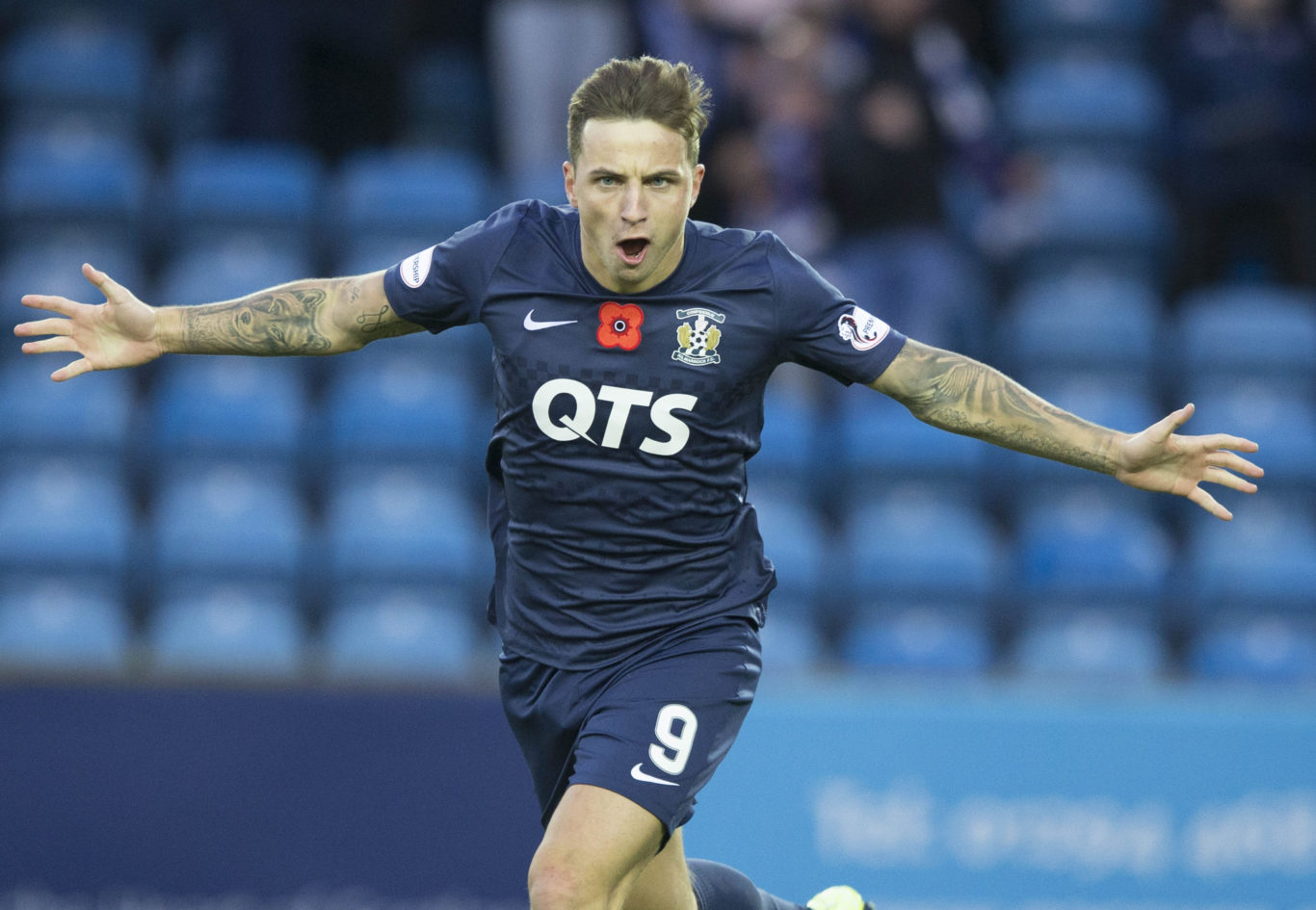 Killie battled back from two goals down to secure a point against a stubborn Hamilton Accies at Rugby Park.

First-half goals from Mickel Miller and Steve Davies gave good cause to think hopes of a result were dead and buried – but a fightback inspired by goals from El Makrini and Brophy ensured we walked away with a point.

It was a bleak start to proceedings for Angelo Alessio’s men, Accies pouncing on a mix-up in midfield after just two minutes – Mickel Miller blasting the ball past Lary Branescu.

Killie knew they had to hit back immediately, with the figure of Eamonn Brophy marshalling the attack, twice seeing his effort battered away by the Accies defence.

Again though, Killie were made to pay for their slackness in possession on 23 minutes – another lost ball stolen by Accies, converting a near replica of the first through Steve Davies.

There was a flurry of changes for both sides as half-time approached: Sam Stubbs exiting the game for Hamilton for a last-man challenge on Brophy – Alex Bruce soon followed him after pulling up through injury with Simeon Jackson called up in his place.

Into the second-half and Killie knew they had to get back on level terms – with former Hamilton hitman Brophy stepping up to even the odds after 47 minutes against his former club.

The comeback was on, and Killie were driving full throttle in their hunt for a winner, and despite efforts from Brophy, Dom and SOD – it went down to the wire.

The match raged on, but as the game drew to a close – Killie just couldn’t break down a solid Accies defence – and had to settle for a point.