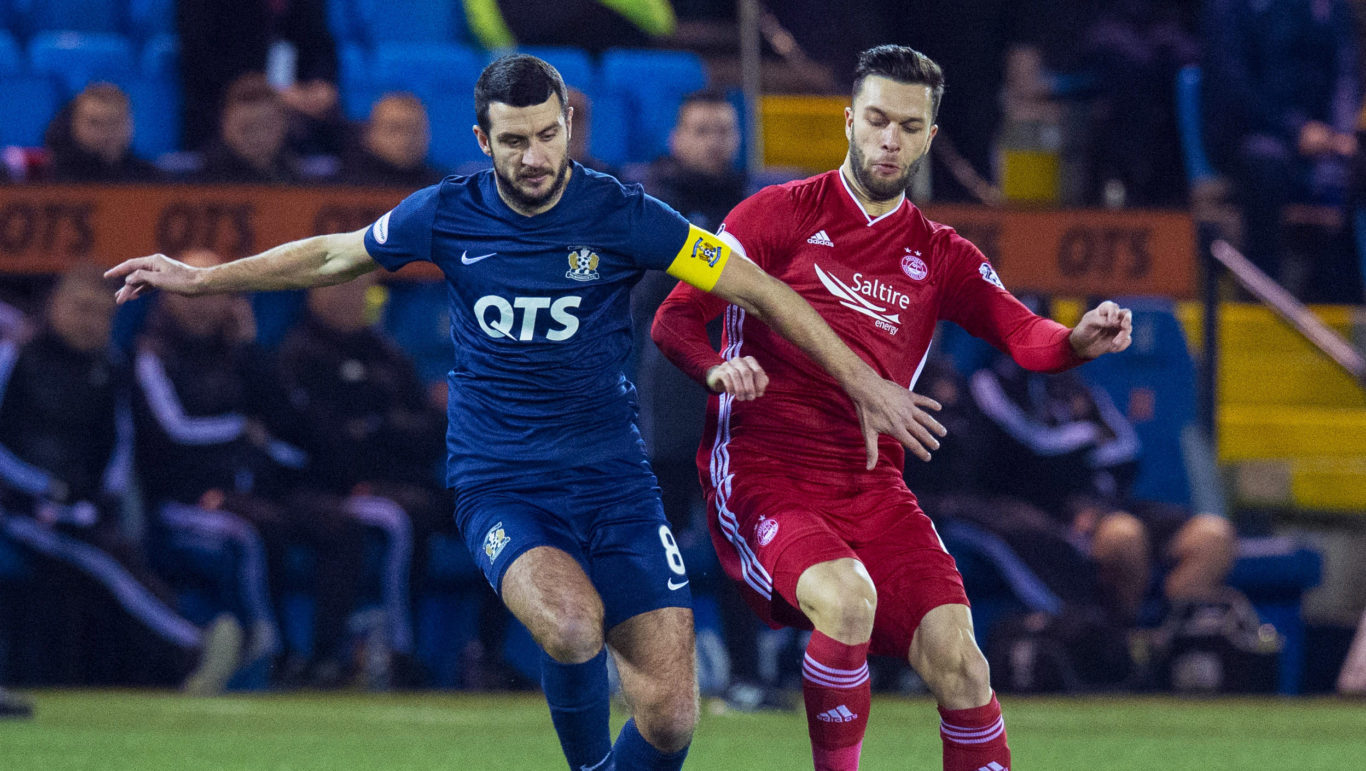 It was another disappointing night for Killie against their North-East opponents, after goals from Niall McGinn and Connor McLennan saw the Dons escape Ayrshire with a point after Brophy and Kiltie had handed Killie the lead.

With memories of our heartbreaking cup exit still fresh in the memory, Killie’s anger had been bubbling steadily all week in the preparation for round two, with the boys coming out swinging from the off.

Killie were rewarded for their fast, aggressive attacking moves after 17 minutes when Ash Taylor was judged to have handled a piledriving shot from McKenzie in the area: with Brophy displaying his usual coolness to dispatch it past Joe Lewis.

With the wind beneath their wings, Killie capitalised on their ascendancy as they bypassed the Aberdeen midfield with cold, clinical efficiency.

The hardy souls gathered at a freezing Rugby Park didn’t have long to wait for the next goal: a magnificent forward stride from Stuart Findlay picked out a waiting Greg Kiltie who tucked the ball home with a sublime finish.

Nothing was a given though and there was an eery sense of deja vu after the visitors pulled one back through Niall McGinn on the cusp of half time; the Irishman hooking the ball beyond Branescu after Killie failed to deal with a searching ball in from the right.

Into the second half and Killie were floored by an early Aberdeen equaliser: Connor McLennan nodding home from close range after Matty Kennedy beat his man with ease to cue it up.

It was a hugely frustrating set-back, and it was to be the final goal of the match in a game that was all effort, but little in the way end product.

A golden chance for Killie cam on 60 minutes when O’Donnell met a corner on the volley, Joe Lewis makeing a great reaction save to tip it over the bar.

It was an all too familiar story though, and Killie had to settle for a point.

kilmarnockfc.co.uk Man of the Match

On his return to the starting line-up, Greg Kiltie was extremely impressive. His clever runs and sharp eye were topped off by an impressive goal.