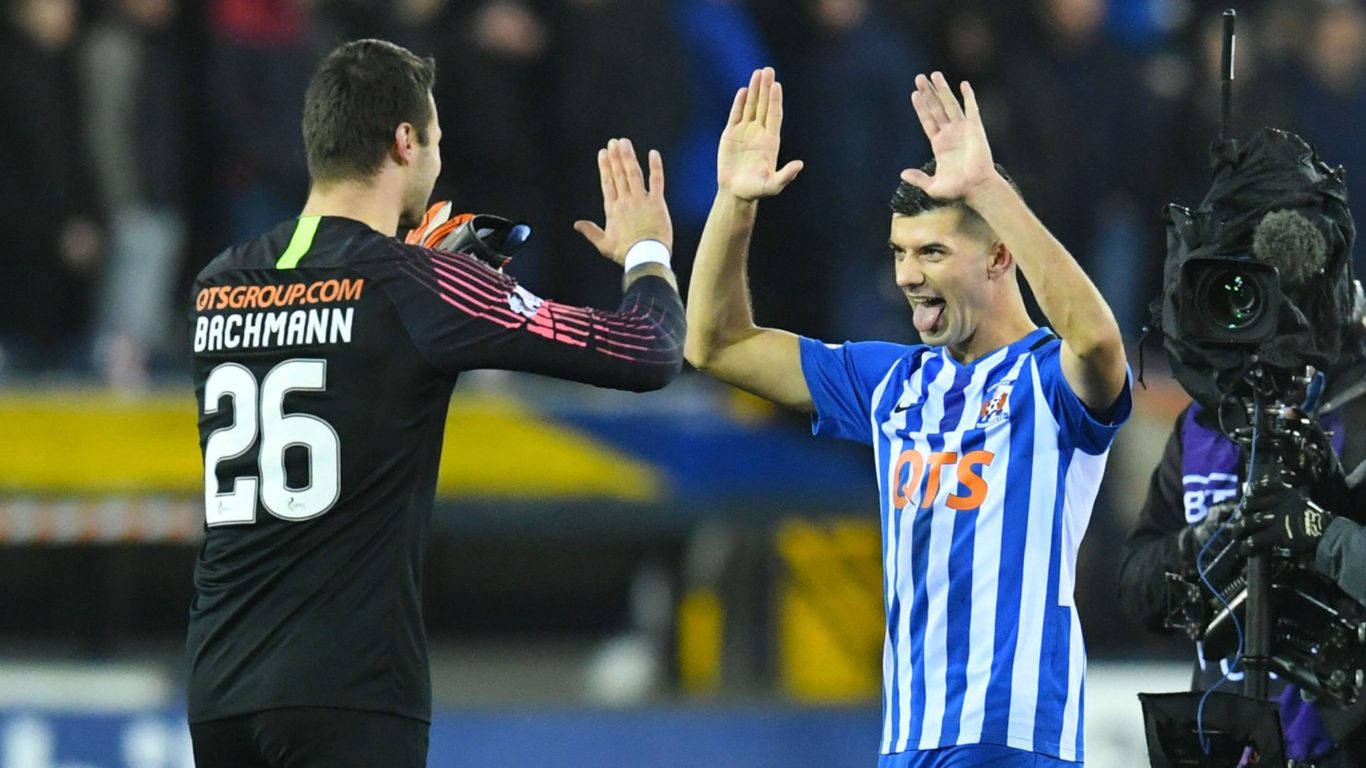 Kilmarnock moved into second place in the Ladbrokes Premiership after defeating Rangers 2-1 in a fantastic game at Rugby Park, writes Neil Hobson.

Eamonn Brophy and Jordan Jones scored the goals that secured the points, with Jermain Defoe scoring the only goal for the away side.

Steve Clarke rung the changes following Killie’s 2-0 victory over Forfar in the Scottish Cup with the likes of Daniel Bachmann, Eamonn Brophy and Greg Taylor reinstated to the team-sheet.

It was tight and tense to begin with, both sides grappling with each other to get a hold on the match.

Ryan Kent floated a ball into the box from a free-kick after five minutes, but Bachmann was on hand to make a comfortable save.

It was Rangers who opened the scoring after 12 minutes. Andy Halliday had a long-range effort saved by Bachmann who promptly followed up with another save from James Tavernier

Ryan Kent then had an effort cleared off the line before the ball dropped to Defoe in the goalmouth scramble who prodded it into the net.

Killie soon hit back, and Stuart Findlay nearly made it level after heading narrowly wide from a Burke crosses.

Such pressure bore fruit for Killie, and after 22 minutes – Eamonn Brophy was on hand to fire the ball past Allan
McGregor, capitalising on a slip in the Rangers defence.

Roared on by the Rugby Park faithful, Killie threw themselves forward – with Jones and Burke running riot down the wings.

The second-half saw Killie chasing for that decisive second goal, with the midfield pack of Tshibola, Dicker and Power patrolling for an opening.

Defoe went through on goal after 65 minutes, seemingly destined to score – only for a heroic last-gasp tackle from Findlay.

From one end of the park to the other, Jordan Jones led the charge forward. Baring on goal, the winger had options either side of him but bravely opted to shoot himself – with the resulting effort sneaking below McGregor to make it 2-1.

By now a cauldron of noise, Killie knew they had to hold on: Bachmann was the hero again on 70 minutes, pulling off a daring double save from a corner.

Brophy never stopped, and his deflected shot won Killie a corner, with the resulting Burke cross being punched away by McGregor.

The advancing Morelos again had the defence on their toes on 87 minutes, but a no-nonsense clearance from Stephen O’Donnell kept it at 2-1 with the clock running down.

With the board signalling four minutes of added time, Rangers threw everything they had at Killie.

With Kent and Candeias launching in crosses, the titanic figures of Findlay and Scott Boyd battered their efforts away.

It wasn’t enough for the away side however, and Killie held on to secure a massive three points.