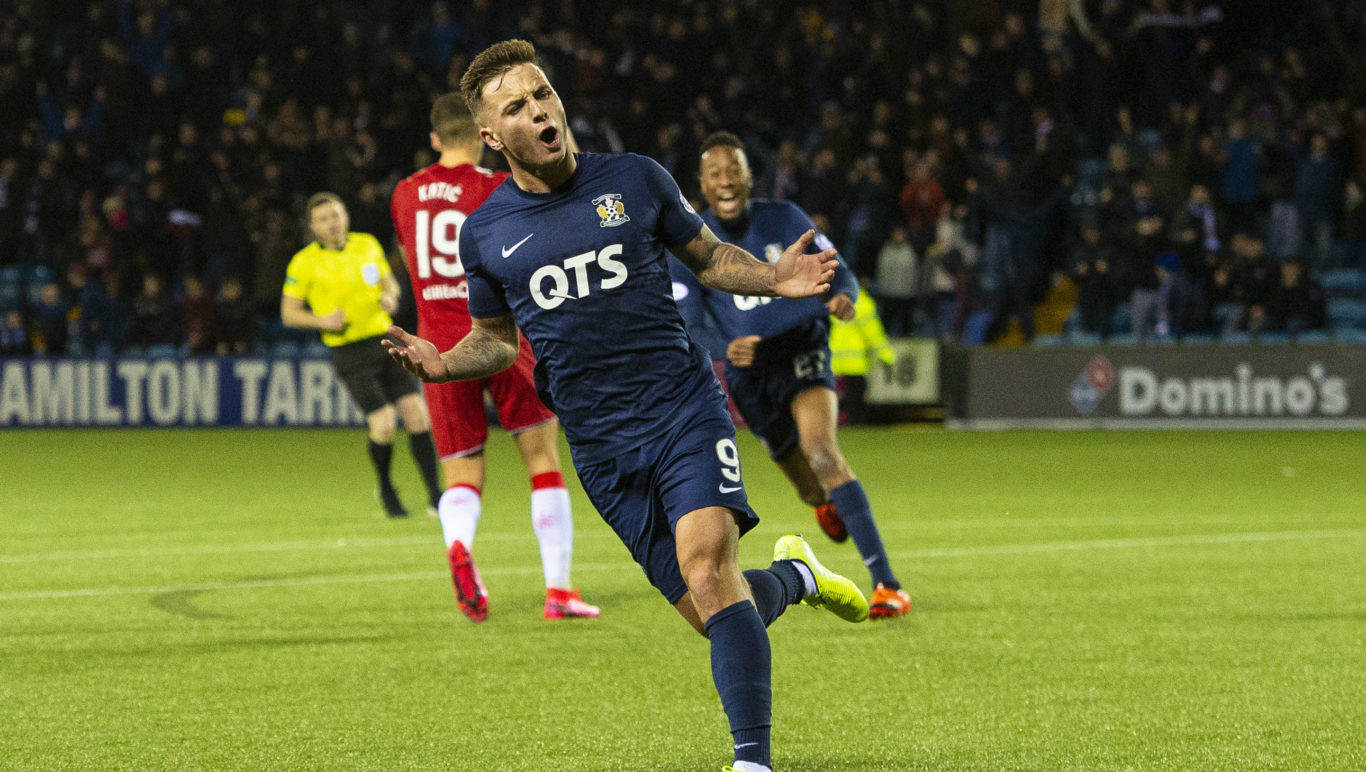 Nine months ago, the Killie number nine stood over a penalty with ice in his veins as he struck the kick that would send us back into Europe.

On a run of three games unbeaten, Dyer was able to recall Stuart Findlay and Chris Burke into the starting eleven while Jan Koprivec replaced the suspended Laurentiu Branescu in goal.

Killie contained Rangers in the first half but went into the interval behind when Scott Arfield’s swirling strike from distance found the net.

The Ayrshire side have made a habit of upsetting the odds against Rangers in recent years and they emerged from the interval with increased purpose and intensity.

Brophy struck four efforts on goal within the opening ten minutes of the half only to see deflections or Allan McGregor get in his way.

Dyer was encouraging his team to push up from the sidelines and he was duly rewarded when his two full-backs combined.

Niko Hamalainen received the ball on the left edge of the box and he sent the ball back across the penalty area for right back Stephen O’Donnell to fire home for his second Rugby Park goal against Rangers this season.

Alfredo Morelos, who had earlier been booked for diving, put the ball in the back of the net with just four minutes remaining but his attempt was ruled out for a push on Stuart Findlay.

Instead it would be Killie’s main striker who would grab the headlines.

A flick on by Nicke Kabamba found Brophy in a footrace with Connor Goldson and the Wolf caught the ball beautifully early to beat McGregor all ends up.

A roar erupted from the Rugby Park faithful as the ball flew into the net and again as John Beaton sounded the full time whsitle.

A huge victory had been achieved and the three points set things up perfectly for the visit of Hibernian to Ayrshire on Sunday.