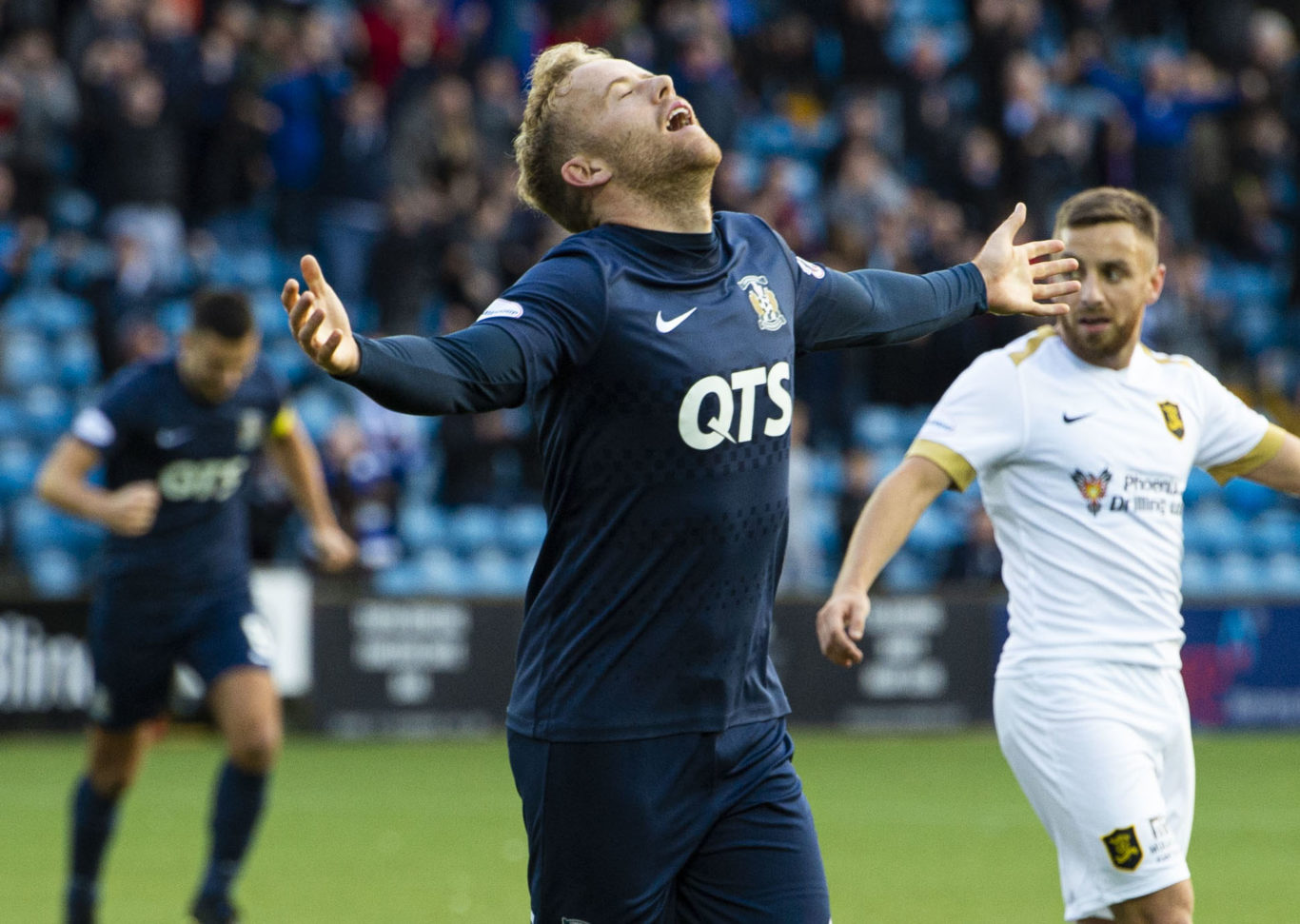 Kilmarnock returned from the international break in style, after disposing of Gary Holt’s Livingston 2-1 at Rugby Park.

Goals in both halves from Gary Dicker and Rory McKenzie secured a fine win over the men from West Lothian, as Angelo Alessio’s team made it two wins on the bounce in the Scottish Premiership.

Like two boxers testing the waters in the opening rounds, both sides grappled with each other to little effect in the first ten minutes, the defences on top as the wait for a goal went on.

A speculative 30-yard free-kick from Chris Burke on 20 minutes, coupled with a saved Steven Lawless effort at the near-post at the opposite end of the park, were among the best chances.

38 minutes in and Angelo Alessio’s men were rewarded for their persistence. A fine ball into the box from Burke picked out Gary Dicker: and captain fantastic made no mistake as he coolly drilled a side footed effort beyond Matija Sarkic to secure the lead, and his second league goal for Killie.

It was a fine end to the first-half, and that electrifying end spilled over into the second 45.

Killie crashed into the box early doors as they battered away at Livi’s. A fine cutback from SOD initially picked out Brophy who flicked it up in the air: McKenzie connected ball to boot on the volley, and, courtesy of a deflection, saw it beat Sarkic once again.

70 minutes in, and Marvin Bartley had Killie fans sighing in relief – the former Hibs man’s snap shot at goal forcing Branescu into action, the Englishman then responded with a header that cracked the crossbar.

Livingston pulled themselves back into it seven minutes from time, Lee Miller easing the ball past Branescu to ensure it was going to be a nervy end to the game.

And, despite three minutes of added time, there was to be comeback as Killie held on for the win.