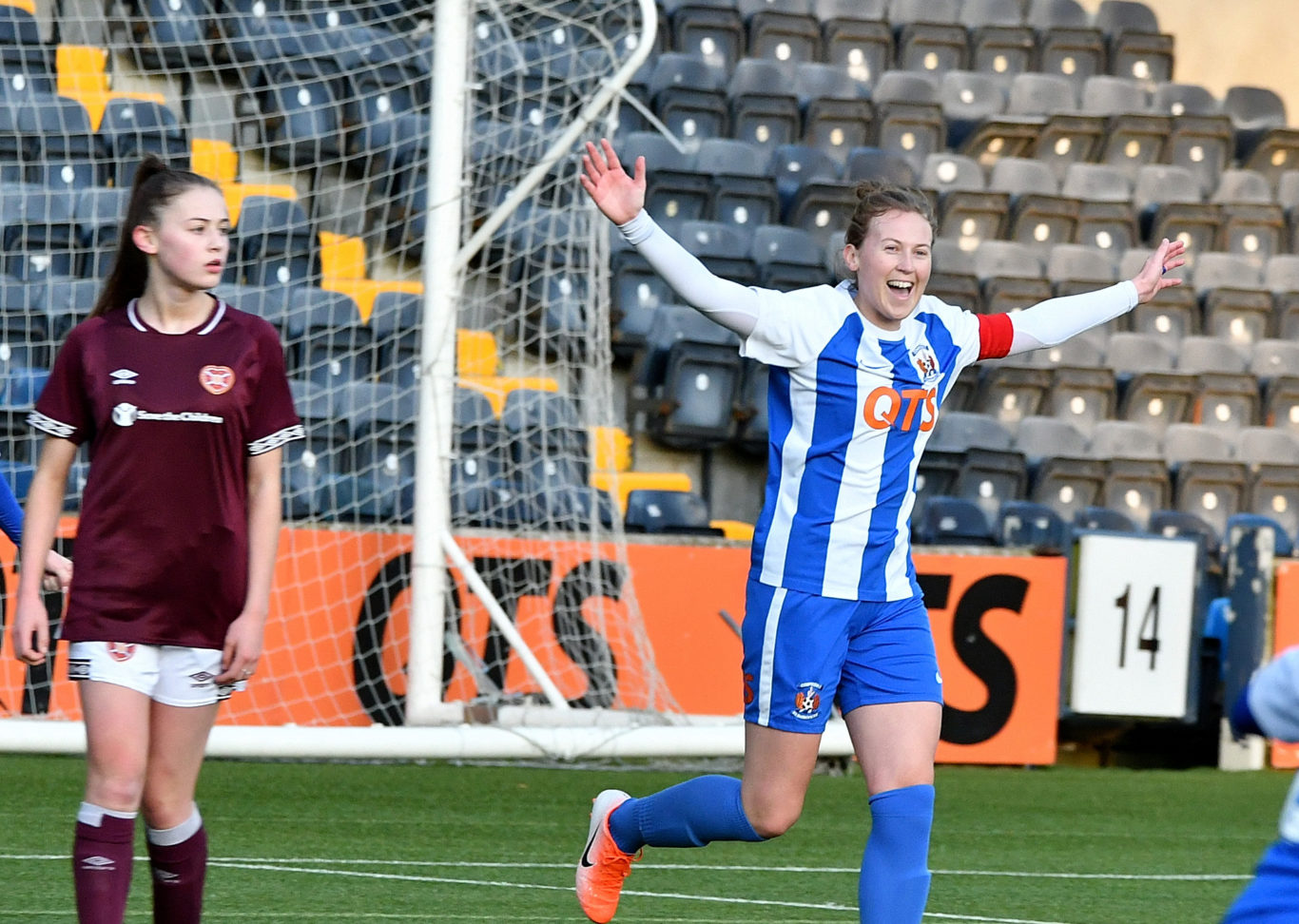 Killie Ladies held title-chasing Hearts to a 1-1 draw at Rugby Park on Sunday in their penultimate home match of the season, as the SWPL2 season races to a dramatic conclusion.

A 22nd minute Lisa Swanson goal, courtesy of fine build-up play from Kirsty Munro and Clare Docherty, had initially put a flying Killie side into the lead as they flew at Hearts with vicious intensity.

Munro played the ball into the box, before a razor-sharp Docherty was on hand to deliver the ball to the feet of Swanson who coolly stabbed the ball home from close-range.

It was just rewards for Killie, but a Hearts side chasing promotion with such fierce intent wasn’t about to give up without a fight.

Breaths were held around the ground on the cusp of half-time, after a deflected Lauren Evans effort for the Jambos was chopped off for offside.

Into the second-half and it looked as though Hearts were destined to return to the capital empty-handed: up until Rachel Walkingshaw bagged a decisive equaliser on 71 minutes – blasting home a Maughan cross.

There were various chances as the two sides locked horns in the dying minutes – but there were to be no goals, and Killie settled for a point.

Up next for the Ladies is a crunch match against Partick Thistle in Glasgow on the 3rd of November. With both sides level on 29 points in fourth and third place respectively, with just two matches remaining, it’ll have a huge say on who finishes third in the table.