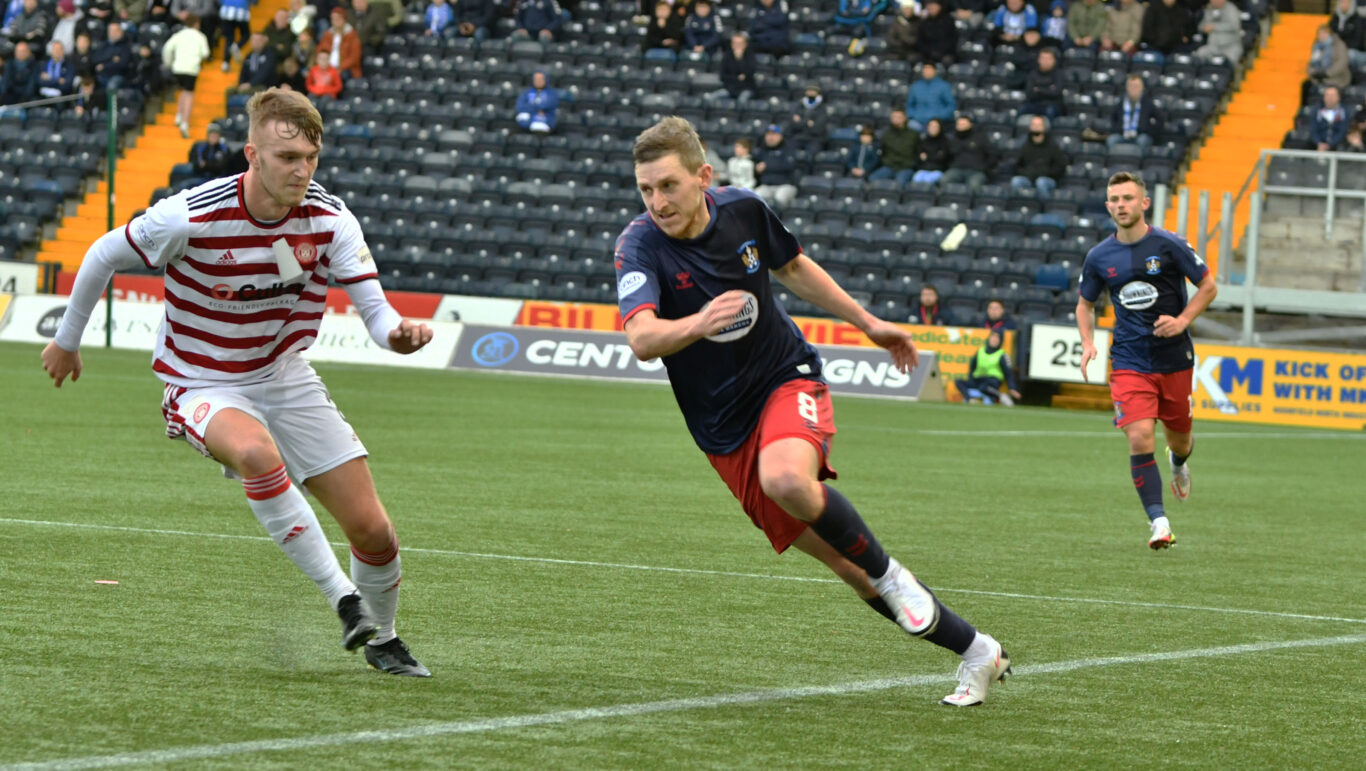 Kilmarnock moved to within three points of Inverness Caley Thistle after seeing off Hamilton Accies 2-1 at Rugby Park.

Goals from Oli Shaw and Dan Armstrong in both halves sealed a gritty win for Killie as the only winners in the Championship on Saturday.

Tommy Wright made two changes to the side that was held at East End Park; Calum Waters coming in for Brandon Haunstrup, whilst Chris Burke replaced Rory McKenzie.

It was a pitch perfect start to proceedings when Oli Shaw latched onto a sweet ball, displayed his trademark turn of pace to evade his markers, and put a composed finish past Ryan Fulton.

It was especially pleasing considering Killie’s recent struggles to bag early goals; but frustration soon crept in as Accies equalised just minutes later. Jamie Hamilton turning in a header past Zach Hemming at the corner.

Kilmarnock plugged away, but looked disturbed when Accies launched balls in from high above. Much of our good movement stemmed from Shaw, whose quick thinking and lethal acceleration gave Accies no shortage of problems.

There was also a touching tribute paid on the 38th minute to Stuart ‘Shortie’ Farquhar, a passionate Kilmarnock supporter that passed away recently. Applause rang around the ground as Rugby Park bid farewell to a fine Killie man.

Fraser Murray was hooked at half time to make way for Liam Polworth, as Tommy shored up a midfield in need of some more manpower.

Killie did look a lot more solid, but Zach Hemming still had to earn his corn; producing two magnificent saves from Kieran MacDonald and a diving header from David Moyo that seemed destined for the net.

It was to be Kilmarnock that took the lead though, and when Dan Armstrong’s floated effort from the right beat Ryan Fulton, Rugby Park erupted for the winger’s first goal in blue and white stripes.

Brad Lyons entered the game to tighten things up, and the Northern Irishman helped stabilise things as Killie held onto the win.

Up next: the Ayrshire derby