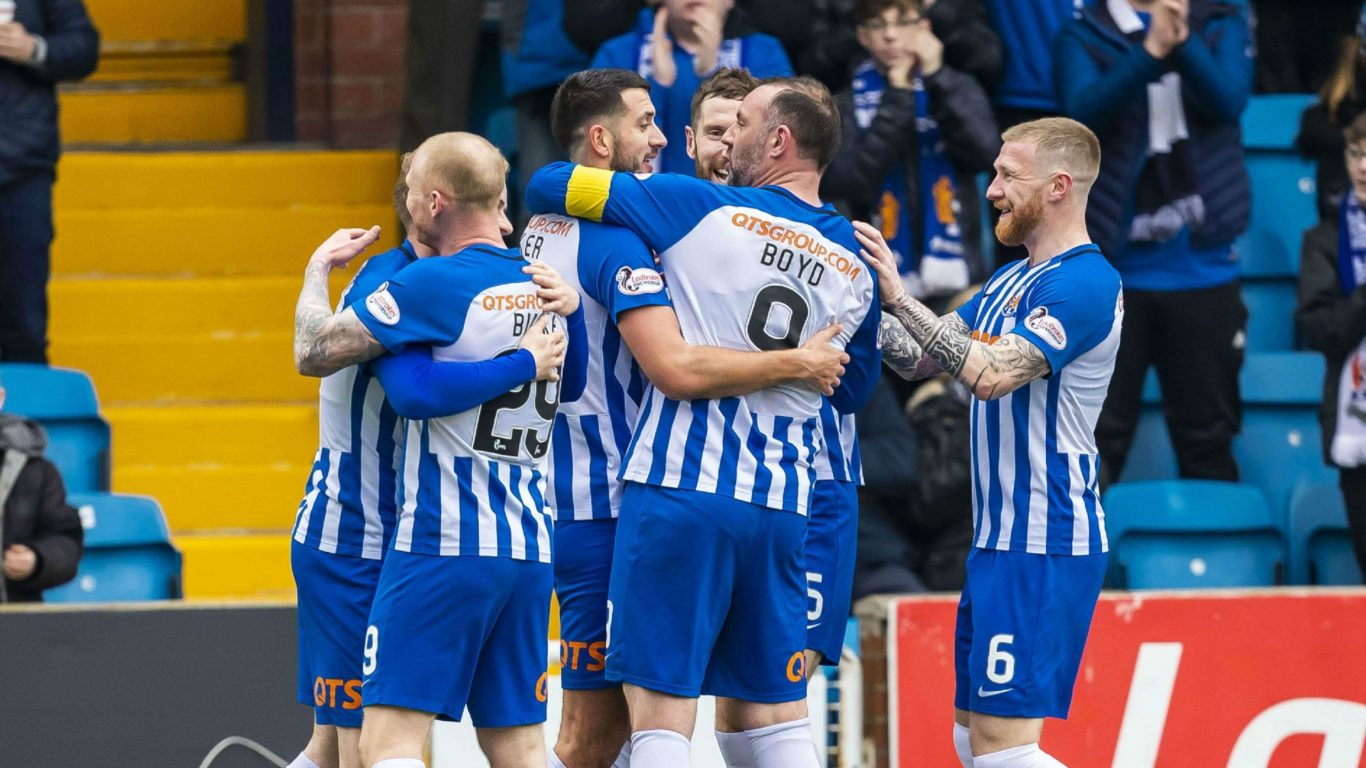 Kilmarnock brought the curtain down on the regular season after dispatching ten-man St Johnstone at Rugby Park, writes Neil Hobson.

With post-split fixtures on the horizon, an own-goal from Chris Kane and a Kris Boyd penalty gave Killie a massive three points as the race for a top three finish intensifies.

Just five minutes in, Chris Burke floated a fine ball to the head of Boyd, whose attempt clipped the crossbar. Minutes later there was a carbon copy effort, again from Boyd, which produced a good save from Clark.

The first goal arrived on 16 minutes; a goalmouth scramble at a Rory McKenzie corner saw Gary Dicker get a touch on the ball, although Saints’ Chris Kane appeared to prod the ball beyond his own ‘keeper.

Despite the early goal Saints grew back into the game but any hopes they had of taking the points were soon to disappear.

A piercing pass from Ross Callachan teed up Callum Hendry and Chris Kane to break on goal – with Bachmann producing a good save to keep the visitors at bay.

A handball against Jason Kerr in the box saw a penalty awarded to Killie just before half-time, with Boyd making no mistake from the spot as he sent Zander Clark the wrong way to make it 2-0.

The second-half got off to a bright start, as Killie flew at St Johnstone. Boyd thought he had grabbed the third goal after stabbing the ball past Clark from close-range following a Dicker pass, but the referee flagged for offside.

Things soon went from bad to worse for the Perth outfit: Kerr was shown a red card on 66 minutes after picking up a second yellow for pulling back Rory McKenzie.

With Mikael Ndjoli and Liam Millar drafted in from the bench, Killie drove forward with the tireless McKenzie having a fine shot from just outside the area pushed away by Clark.

A carousel of chances arose in the closing moments with Alan Power and Ndjoli both having efforts respectively saved and dragged wide.

There wasn’t to be a third however, and Killie walked away with all three points.