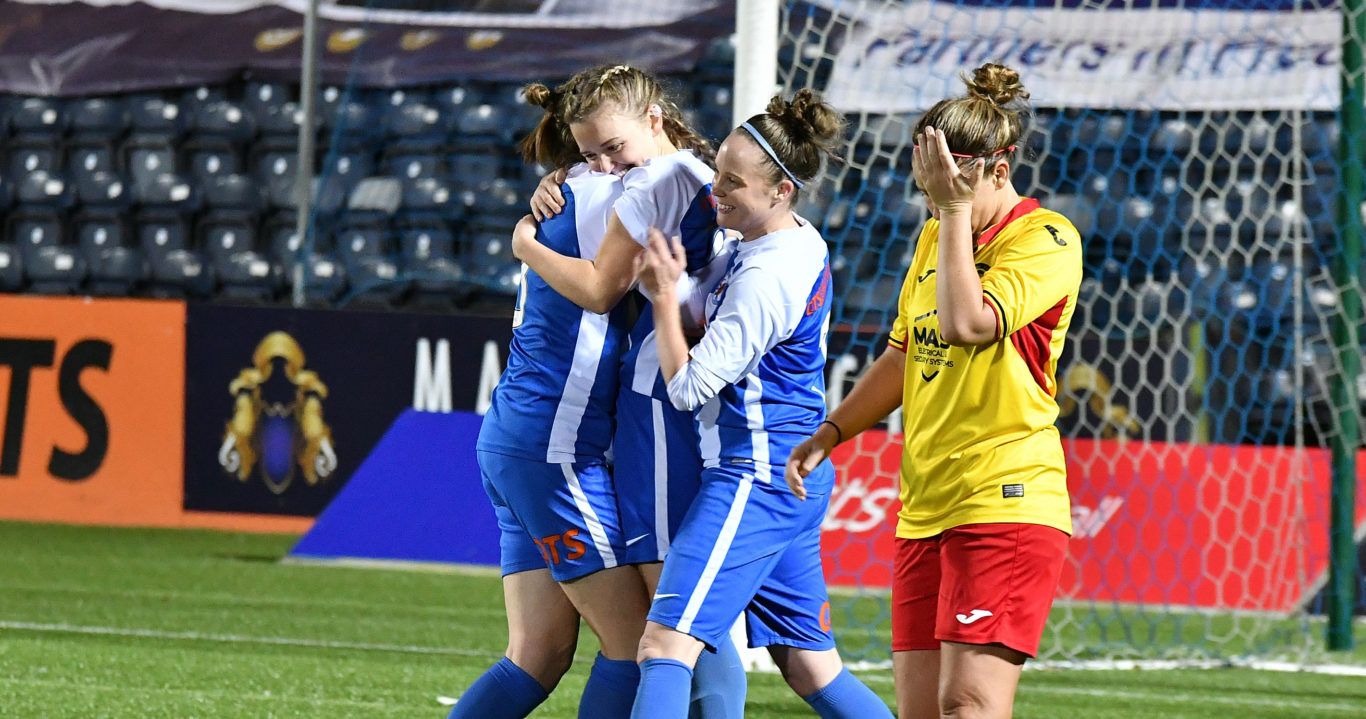 Killie Ladies made serious strides on the top three after disposing of Partick Thistle 2-0 in freezing cold temperatures at Rugby Park.

Clare Docherty, Amy Burrows, and ‘keeper Lauren McGregor, made the difference on a night where Killie survived a late second-half penalty scare to clinch all three points – and  go within a point of third-placed Thistle with a game in hand.

Right from the whistle, Killie made their attacking intent clear – hitting Thistle in broad attacking waves as they looked to make an early mark on the scoresheet,

Colette Fleming had a fine pop at goal after 17 minutes, with the resulting corner seeing a Lisa Swanson header whiz over the crossbar.

Suzanne MacTaggart pulled the strings well in a creative sense: playing in Clare Docherty, but as she closed in on the Thistle ‘keeper under pressure, her chip ultimately was forced wide by a last ditch Jags tackle.

It wasn’t to deter Doherty though, and she made the breakthrough for Killie after 50 minutes, twisting and turning against her marker before letting off a low shot that left the Thistle ‘keeper helpless.

The battle raged on after that, with both sides battling furiously for control of the game.

Late on though, and It seemed as though disaster had struck after a Killie handball in the area saw a penalty awarded to Thistle.

Tensions were high and breaths held, but Killie ‘keeper Lauren McGregor showed great composure to get down and push the ball to safety – before being mobbed by her ecstatic teammates.

It was a save that looked even more vital in context, with Amy Burrows bringing the match to an action packed close late on: breaking up the other end of the park and finishing at the back post to make it 2-0.

And with a titanic defensive showing to see the game out, the Ladies held on to secure the win against their closest rivals in the SWPL2 league table – and with four games back-to-back in 12 days for Killie in the league now, it could just be a vital three points.