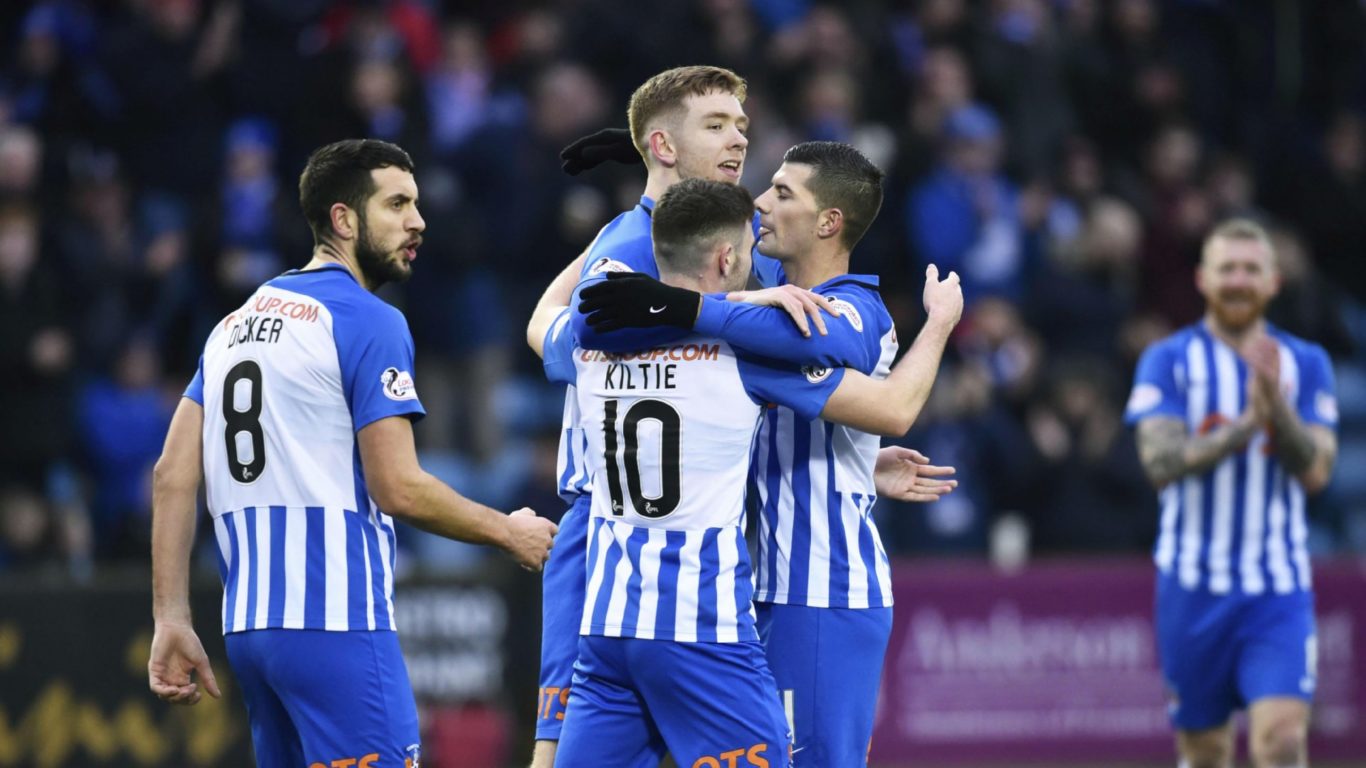 Kilmarnock booked their spot in the next round of the William Hill Scottish Cup after overcoming Forfar Athletic at a chilly Rugby Park, writes Neil Hobson.

A first-half thunderbolt from Stuart Findlay, followed by a close-range strike from Chris Burke in the second-half saw Steve Clarke’s men progress to the fifth round.

The match got off to a bright start with Greg Kiltie playing in Calum Waters down the left, storming off before being crowded out by a proactive Forfar defence.

Forfar soon hit back with a clever move down the right that saw right-back Ross Meechan deliver the ball to the feet of Thomas Reilly who skied the ball over the crossbar from just outside the box.

Dale Hilson was up next to try his luck for the Loons, with a tidy through-ball from midfield picking the attacker out, who tried to get a shot off before being blocked by the foot of Stuart Findlay.

Rory McKenzie and Iain Wilson had Killie fans on their feet after seven minutes with a piercing run, combining to knock in a sweet ball from the right, which was promptly cleared from inside the box by the Forfar defence.

The first goal arrived after 18 minutes, and what a goal it was, with defender Stuart Findlay taking a deft touch before slamming the ball past Marc McCallum into the top-right corner.

Killie moved in to try and get a quick second, and a tidy ball from midfield saw Kris Boyd storm up the middle before being crowded out.

Meechan was at it again, twisting and turning down the right, before his low-driven cross was battered away by Findlay.

Forfar kept up the pressure, with Murray MacKintosh hitting a powerful 25-yard strike at MacDonald after 40 minutes. – forcing a fingertips save.

The second-half saw both sides battle hard to gain a foothold, with Killie hunting for a second goal.

It was Iain Wilson at right-back who stole the show on 58 minutes, showing good footwork to dispossess the Forfar attacker of the ball, before storming up the wing and teeing up Greg Kiltie who put it into McCallum’s hands.

The second goal arrived through substitute Chris Burke after 78 minutes, with fellow sub Mikael Ndjoli working his way up the left wing before crossing to Burke, who stabbed the ball home from close-range.

A third came tantalisingly close after Scott Boyd got a foot to the ball, only to see it pushed away by McCallum.

Wilson went one-on-one with the goalkeeper on 88 minutes but McCallum denied the Killie ace what would have been a deserved goal.