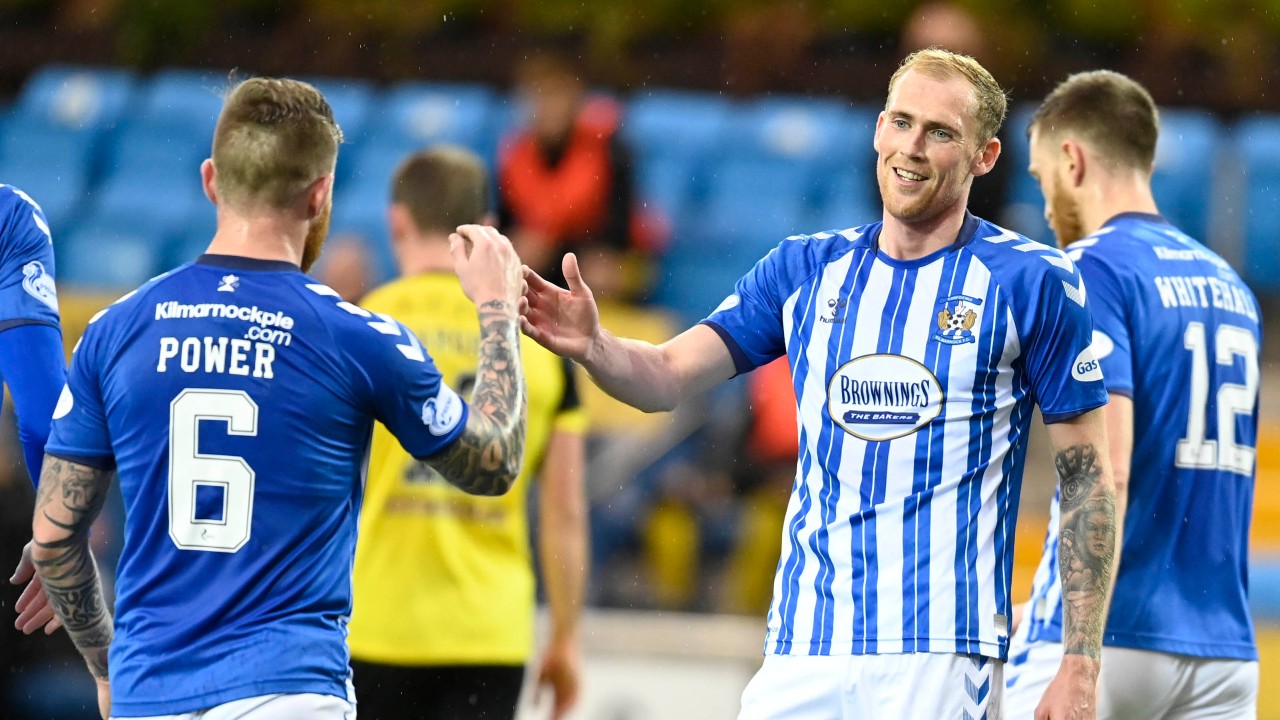 Kilmarnock 2-0 Dumbarton: Mitch is off the mark

Having seen his strike partner grab a double in midweek, it was Eamonn Brophy’s turn to get in on the action as he swept home a wonderful strike to find the corner of the net in the opening minutes.

Killie swarmed around the Sons goal in the opening 15 minutes with Whitehall denied by a strong save by Dabrowski, who pushed the ball over the bar.

Zeno Rossi saw his header crash off the bar as the home side continued to exert pressure on their opponents and they got their reward right on the stroke of the break.

Rory McKenzie drove inside with the ball before Mitch Pinnock used his body wisely to turn and dink the ball over Dabrowski for his first goal for the club.

The Ayrshire men remained in control as the tempo of the match understandably dropped as the contest went on with Brophy denied by two fine saves from the Sons keeper.

While not being able to add to our tally, it was a successful afternoon to round off a good week against League 1 opposition ahead of next weekend’s resumption of Premiership action.