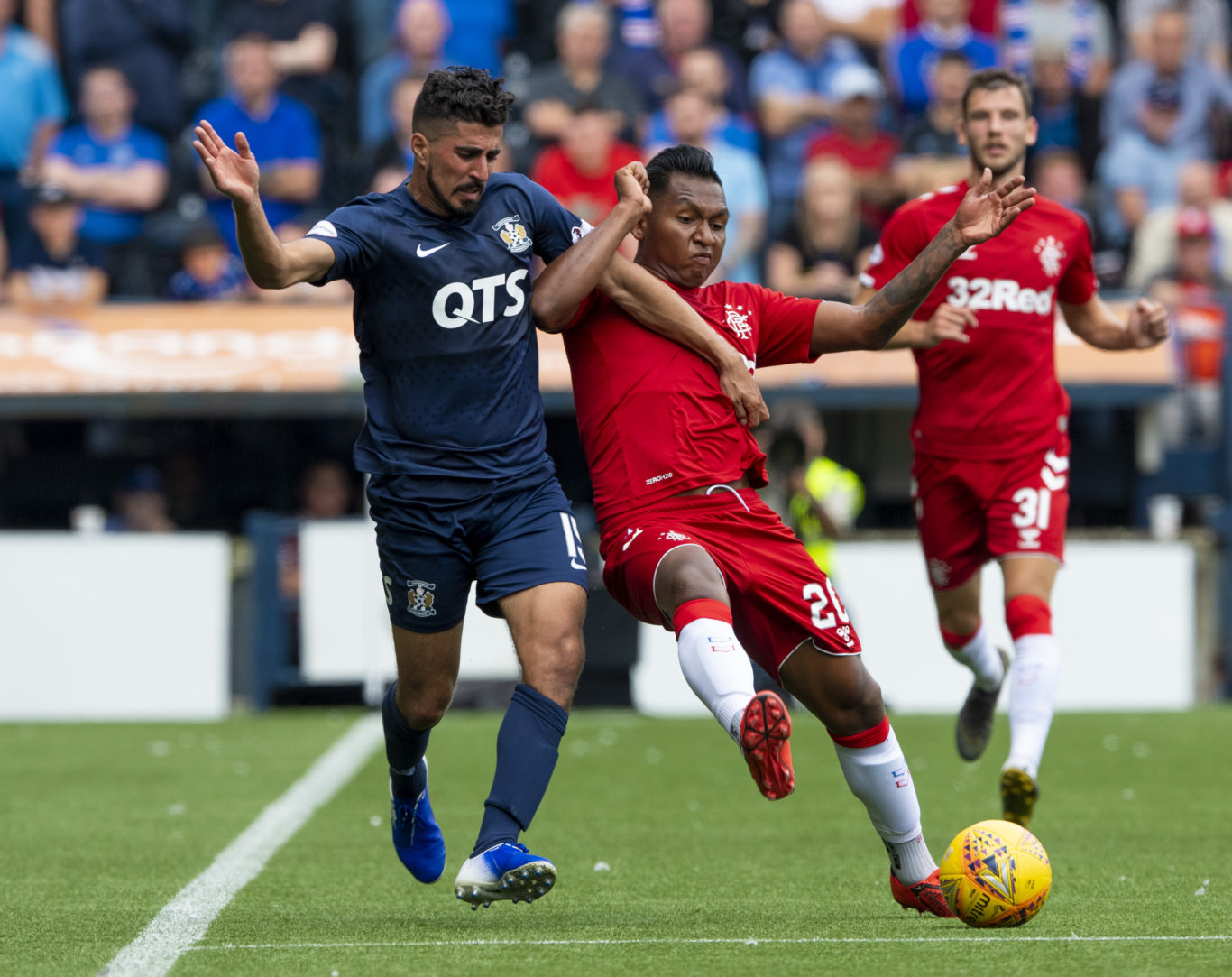 Killie were cruelly denied an opening day draw against Rangers as Connor Goldson struck late to secure the points for Steven Gerrard’s side at Rugby Park.

Stephen O’Donnell had put Killie back into the contest ten minutes from time with an epic close-range finish following Scott Arfield’s first-half tap in, but it was Goldson who would decide the contest with a late header.

In a first-half where chances were at a premium, Killie saw good attacking moves sparked from the feet of Rory McKenzie and Brophy as the two teams locked horns.

Rangers struck first on 16 minutes. From a James Tavernier corner, Branescu, making his first appearance since joining from Juventus on loan, moved to push away a first headed effort but couldn’t stop Scott Arfield from tapping in on the follow up.

With the ball batting back and forward in the first-half, ultimately ending with no further goals, Killie knew they had it all to do in the second-half.

Into the second 45, Killie were a whisker away from bagging an equaliser on 56 minutes:  Chris Burke’s teasing cross into the box saw an Eamonn Brophy close-range effort whiz just wide of the post.

Stephen O’Donnell stepped up and pulled one back on 83 minutes, turning a free-kick at the back post into a thunderous strike that flew past Wes Foderingham.

Lary then pulled of a stunning save to deny a Joe Aribo effort, with Connor Goldson heading the resulting corner home on 89 minutes to secure the win for Rangers.