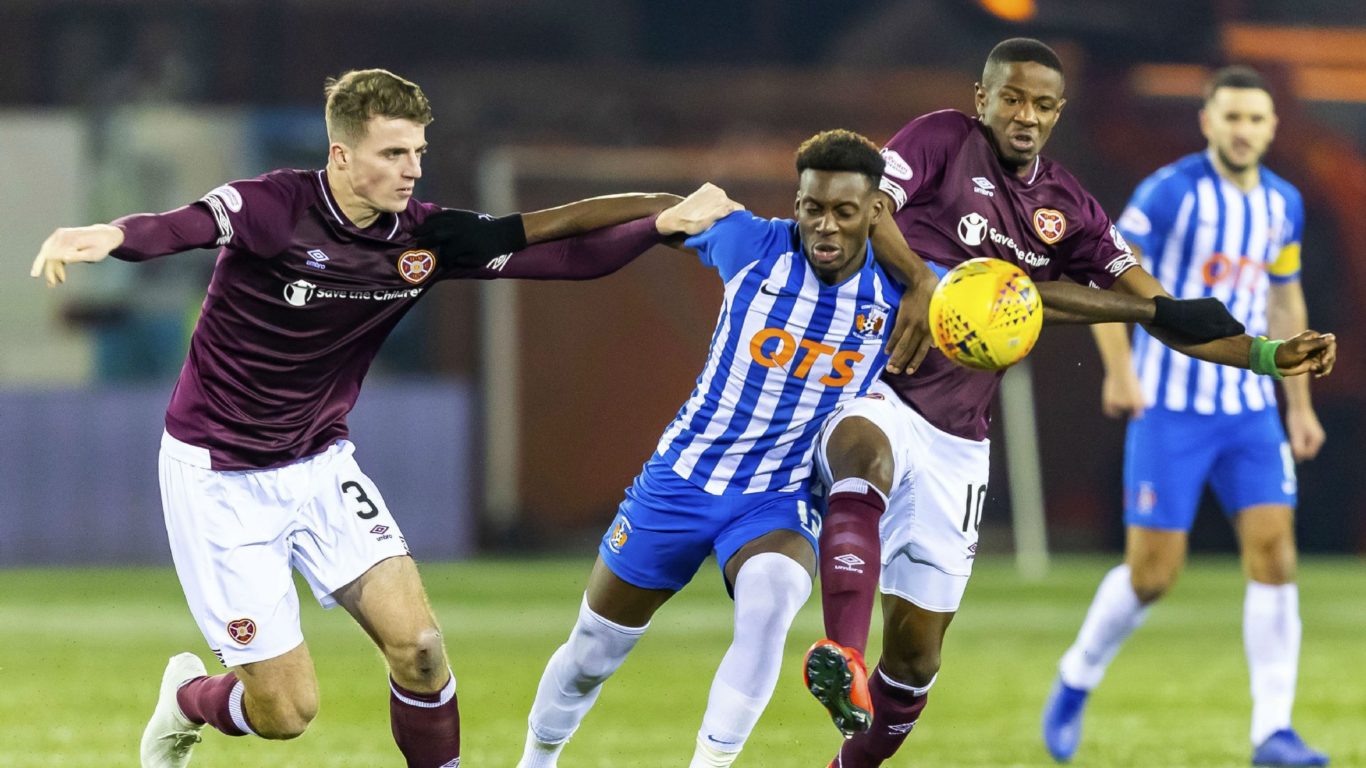 Kilmarnock fell to their first defeat of 2019 this evening after a 2-1 defeat to Hearts at Rugby Park, writes Neil Hobson.

Goals from Sean Clare and Steven Naismith were all the Jambos needed to take all three points back to Edinburgh.

Jordan Jones scored a late first-half penalty to give Killie hope, but a tough Hearts defence held on.

There was just one change to the side that was held to a stalemate at Pittodrie, with Mikael Ndjoli called in to lead the line in the absence of the injured Eamonn Brophy.

It was a typically tight beginning to proceedings, with both sides grappling for a hold of the match.

Hearts were the first to bear on goal after seven minutes: some swift interplay between Steven Naismith and Sean Clare saw Michael Smith go one-on-one with Bachmann.

The Northern Irishman stabbed the ball home from close-range but was denied by the linesman’s flag.

It was a first-half, and indeed a match, dictated by slack passing and low-quality, but the game exploded into life after 38 minutes.

Hearts took the lead after Arnaud Djoum picked out Sean Clare in the box, whose resulting shot pinged off the post and beat Bachmann.

It proved to be double whammy for Killie, and the visitors extended their lead minutes later after a Jake Mulraney cross found Naismith who tucked the ball into the net.

Killie soon had a golden chance to pull the game back within their reach after ref Steven McLean pointed to the spot on 44 minutes following a Berra foul in the box.

Jordan Jones was the man who stepped up, and his fine effort saw Doyle dive the wrong way to make it 2-1.

The second-half was an equally sluggish affair, neither side really stamping their authority on the match.

With five minutes of added time, Killie threw everything they had forward in the hunt for an equaliser.

Killie just couldn’t breach the defence however, and Hearts claimed the points.