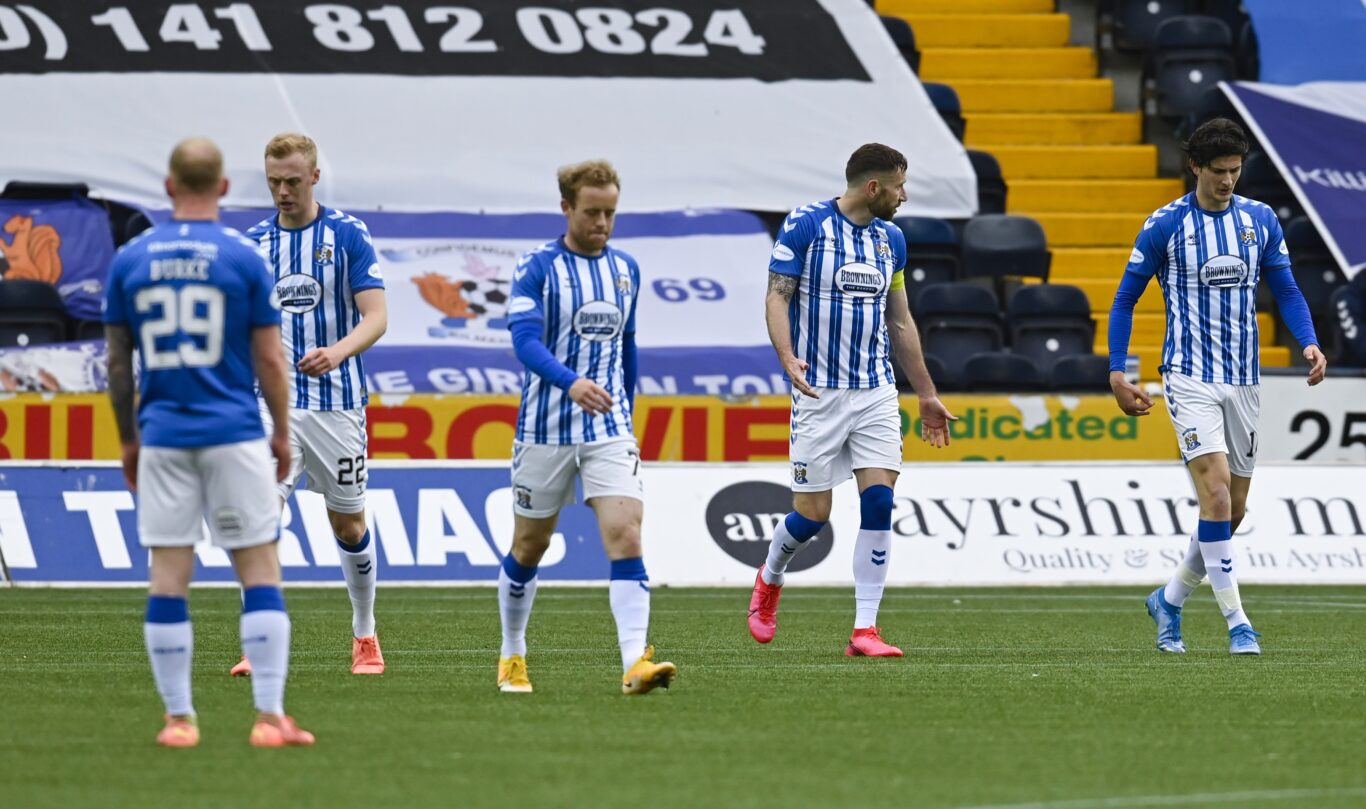 Kilmarnock’s 28-year stay in Scotland’s top flight was brought to an end with a 2-1 home defeat to Dundee in the second leg of the Premiership Play-Off final.

There were two changes from the first leg with Gary Dicker ruled out through injury and was replaced by Aaron Tshibola while Rory McKenzie was in for Greg Kiltie.

The 500 Killie supporters inside the stadium roared the team onto the pitch but before the task facing the home side got even harder as Dundee took the lead after only seven minutes.

The visitors broke from a Killie attacking throw with Paul McMullan playing in Danny Mullen to slide home.

It got even worse five minutes later as former Killie defender Lee Ashcroft was left unmarked at a corner to head home into the centre of the goal.

A sign of the situation saw the manager make a change after 32 minutes as Danny Whitehall replaced Brandon Haunstrup but Dundee continued to look dangerous on the attack as Jordan McGhee headed the ball off the crossbar.

Killie were given a glimmer of hope on 68 minutes when Rory McKenzie was fouled by Adam Legzdins and Kyle Lafferty stepped up to fire home the penalty.

But it was not enough as Killie dropped to the Championship.