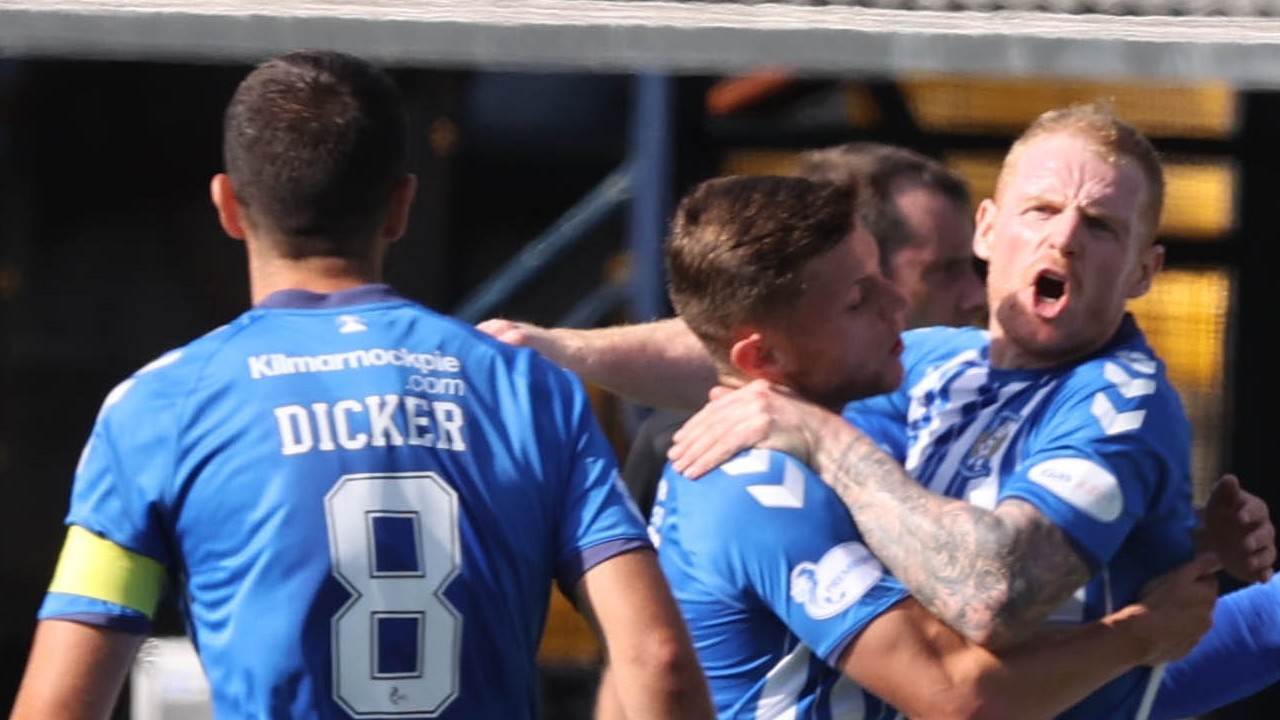 Chris Burke’s penalty earned Killie a point in our home league opener with the champions as Alex Dyer’s side fought back from Ryan Christie’s opener in a disciplined display at the BBSP Stadium,  Rugby Park.

After an opening day defeat to Hibernian, Killie had a point to prove in our first home match in Ayrshire since early March.

It was a strange occasion with flags and the shouts of coaching staff filling the air as competitive action returned to our home ground.

Alex Dyer kept faith with much of the side, which had turned out at Easter Road with Danny Rogers replacing the injured Jake Eastwood in goal and captain Gary Dicker restored to the side ahead of Greg Kiltie.

Killie started brightly but were unfortunate to go behind when Dicker’s foul on Odsonne Edouard was capitalised upon as Ryan Christie found the net from the resulting free kick from distance.

Far from dropping their heads, Killie set about their task of fighting back and they did so in style. Nicke Kabamba had already got on the end of a few enticing crosses from Ross Millen and he was giving Christopher Jullien a torrid time in the Celtic backline.

Rory McKenzie did well to keep the ball in play and then some outstanding close control from Kabamba turned Jullien before the French defender tripped the Killie striker in the area.

Referee Alan Muir pointed to the spot and Chris Burke found the corner to give Vasilis Barkas no chance on his Celtic debut.

Kabamba continued to be a thorn in Jullien’s side all day, brushing the defender off the ball and heading towards Barkas’ goal only for his deflected effort to fall just short of the line.

Gary Dicker and Alan Power were both in the book for mistimed slide tackles but the duo were no less committed in their ability to smother the Celtic midfield with a mixture of strong positional sense and their enthusiastic physicality.

A calf strain for Rory McKenzie forced a change with Brandon Haunstrup coming on for his Killie debut and that disciplined shape remained in the second period.

Burke was unfortunate with another fine foray down the right while Neil Lennon’s team were struggling to create any clear openings against the resolute Killie rearguard.

Kabamba continued to show nice touches and real strength under close inspection from both Jullien and Kristoffer Ajer and it would prove enough for Killie to claim a deserved point ahead of a midweek trip to Ross County.