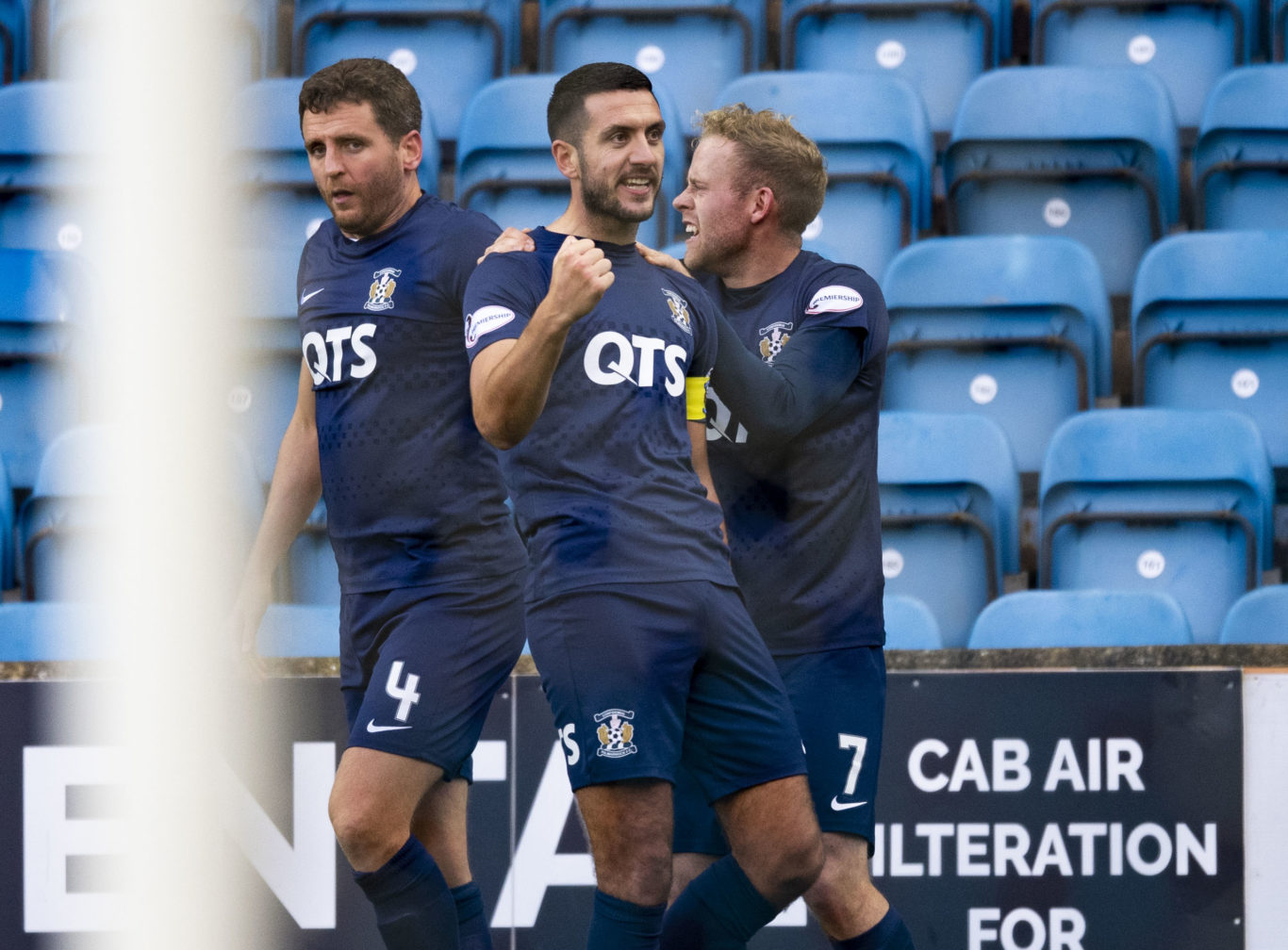 Kilmarnock are up to third in the Scottish Premiership, at least for 24 hours, after seeing off a dogged St. Mirren 1-0 on a freezing cold afternoon at Rugby Park.

A second-half Gary Dicker header made the day for the Killie Nation in a match where Stuart Findlay was forced to exit the game early through injury.

Angelo Alessio set out his stall from the off: drafting in Liam Millar to the starting line-up for Chris Burke as the only change from last weekend’s 2-1 disposal of Livingston, and with El Makrini sitting in front of the usual midfield two – Killie were on the attack.

That fluidity quickly became apparent as Power and Dicker funnelled the ball out wide – it was a link that worked particularly well on the left as Millar and Niko exchanged tidy turns and passes as they probed for an opener.

One of Killie’s first meaningful chances was to end in disappointment however, as Stuart Findlay prematurely exited the game – stretched off after just 24 minutes holding his knee in the aftermath of his shot at goal battered away by the Buddies defence, with Alex Bruce introduced in his place.

St. Mirren seemed to draw strength from Killie’s setback and, cheered on by a vocal support from Paisley – Tony Andreu immediately put the home side under pressure: beating the offside trap to have a pop at Branescu in goal.

Any momentum Killie enjoyed in those first twenty minutes were stamped out as St. Mirren started to build a rhythm of their own and open gaps – principally marshalled by the creative feet of Andreu as he flashed another effort just past Branescu’s near-post.

It was a stark warning going into half-time as Killie looked to pull themselves back into shape going into the next 45 minutes.

All credit to St. Mirren, they came out swinging after the break – putting Killie on red alert from the off as the battle raged on.

77 minutes of hard slog and graft finally paid off when Gary Dicker headed home the opening goal of the game from a corner – making it two goals on the bounce for the captain following his sweet volleyed effort against Livi last week.

By this point, Killie were in full throttle as they kept up relentless pressure on goal – Dicker’s goal providing a much needed boost, and with three minutes of added time slapped on, they knew how important that pressure would be.

Killie held on though, and return to third place for the first time since the final day of last season.