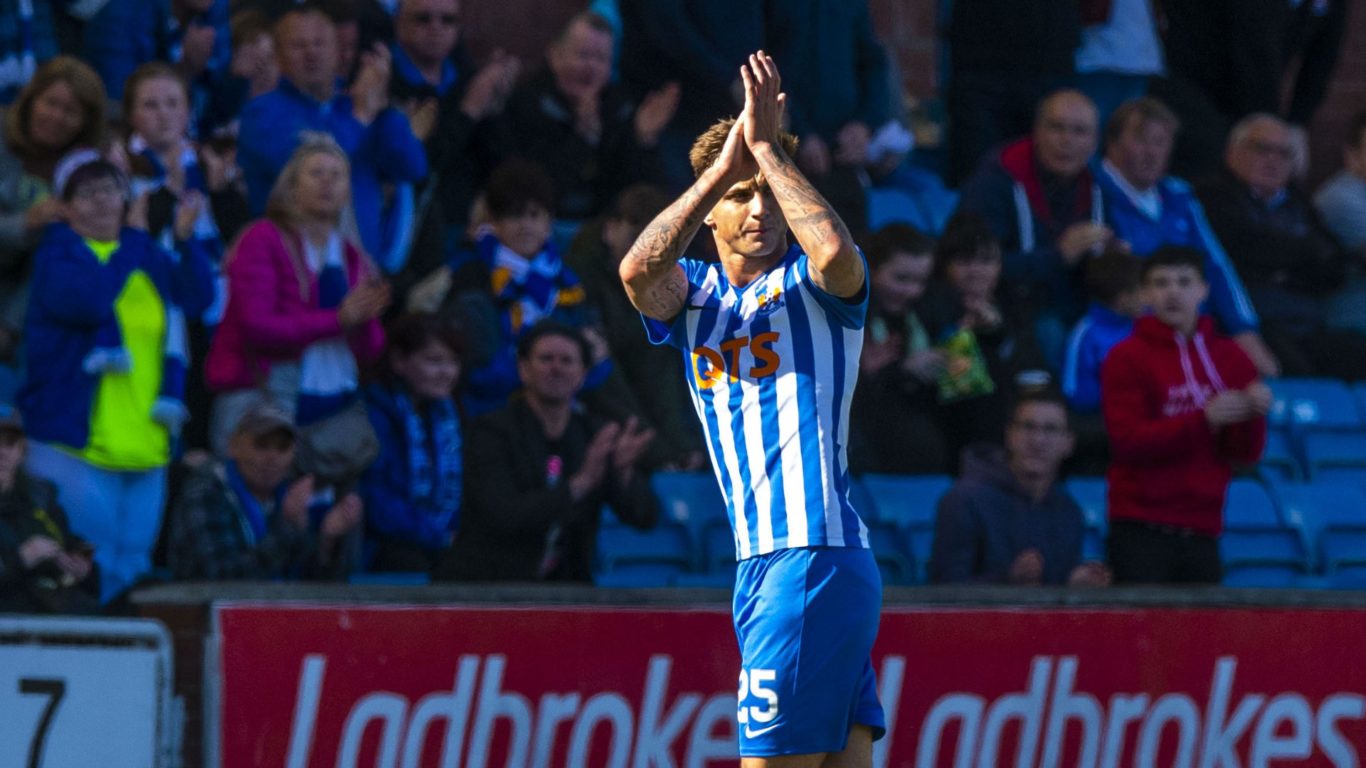 Kilmarnock returned to third place in the Premiership table with just one match of the season to go after an edgy 1-0 victory over Hibernian at a sunny Rugby Park, writes Neil Hobson.

Following last week’s heroics in the west end of the capital, a first-half Eamonn Brophy penalty ensured Hibs were also to return to Leith empty-handed, with Europa League football and a third-placed finish up for grabs against Rangers next week.

Steve Clarke made one change to the side that defeated Hearts, with Chris Burke coming in for Liam Millar.

Killie had their first chance of the game with just four minutes on the clock, Alex Bruce testing Ofir Marciano from long range – with the Israel international briefly spilling before Brophy could chase it down.

Under the beaming Ayrshire sun, Killie were zipping the ball about well – an exceptional Stuart Findlay ball picked out Brophy in prime position, but an alert Hibs defence were quick to stamp out the danger.

It took excellent goalkeeping from the Hibs stopper to deny Clarke’s men an early goal, pulling off an exceptional reaction save to deny a Gary Dicker header.

Such tireless work in attack eventually bore fruit and Killie had a golden opportunity to get their noses in front when the referee pointed to the spot after 31 minutes when Hibs skipper David Gray brought down Alex Bruce in the box.

Stepping up, cool as ever, Brophy tucked the ball beneath Marciano to fire us into the lead – with a big 45 minutes ahead.

Picking right up from where they left off as play resumed: a Findlay header went just wide of Marciano’s post as Killie hunted for a second goal.

A beautifully weighted ball from Mulumbu on 54 minutes saw Brophy sent through on goal, but his one-on-one effort with Marciano just crept wide of the post.

Ten minutes later, Hibs brought on all three of their subs as they looked to shake up their game plan, with Thomas Agyepong, Oli Shaw and Daryl Horgan entering the game,

Greg Taylor and Rory McKenzie linked up well down the left, and the resulting corner from their probing saw Findlay go close to prodding another header beyond the keeper.

With time running out, the away side threw everything forward –with a fine hit from Agyepong forcing a good save from Bachmann.

Three minutes of added time ensured it was going to be a nervy end to the game for Killie fans, but a composed showing ensured that we held on to secure a massive three points ahead of next week’s showdown with Rangers on the final day.