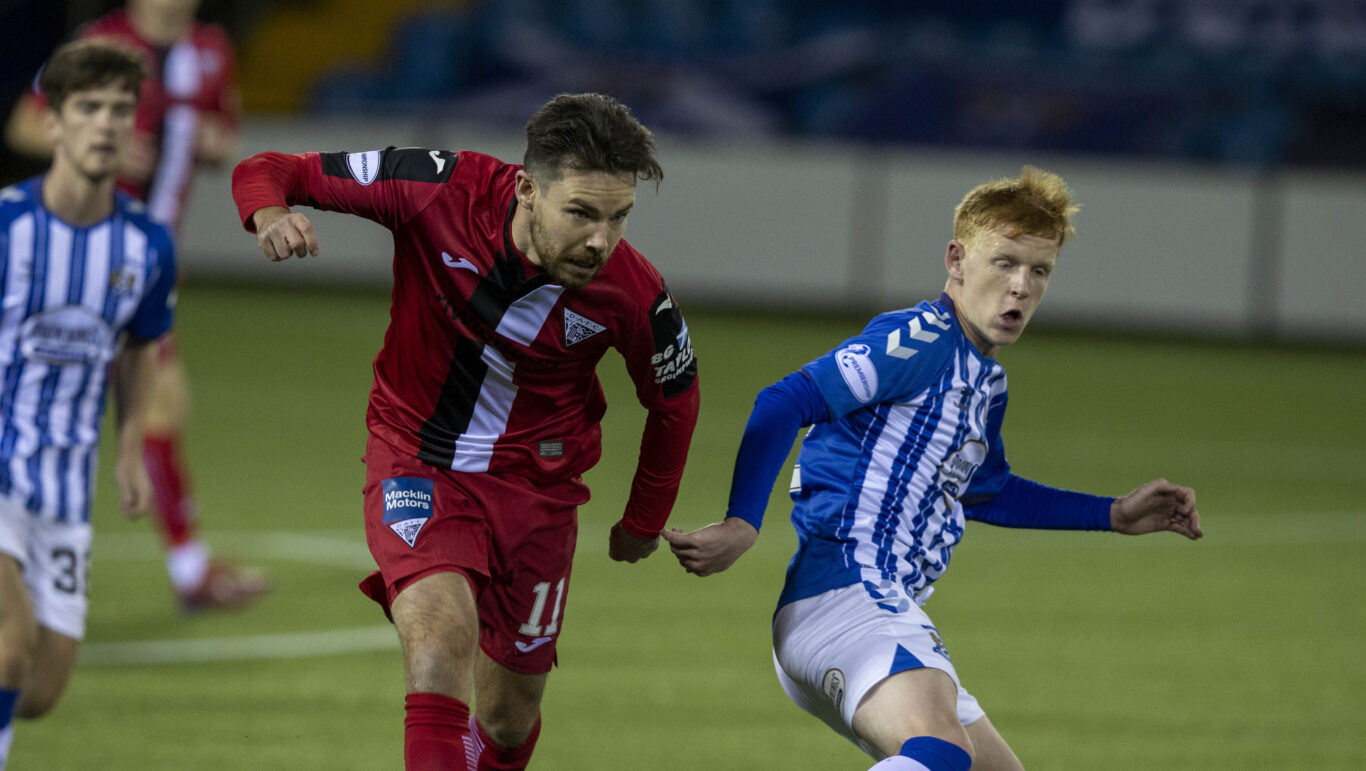 Several senior players returning not enough to stop Dunfermline claiming a 3-0 victory in the latest round of the Betfred League Cup, writes Jason White

In a game where no one knew what to expect seven first-teamers returned to the starting line-up for Killie in a makeshift 11 against Dunfermline.

Killie’s first match action since the win at St. Mirren on September 26, saw a host of debutants get their first glimpse of professional minutes without looking out of place.

A tight first half at Rugby Park did not see many clear clutch chances as the only real chance for Killie came when young full back Kenny Sloan slipped through Kabamba who could have passed to young Steven Warnock to tap home.

However, it was in the second half where the wheel began to fall off for Killie, as the always dangerous Dominic Thomas started to take a foothold of the game for Dunfermline.

A dominant Dunfermline from the start of the half saw Stephen Crawford’s side take the lead when captain Euan Murray raised to head home Dominic Thomas’ freekick.

The threat continued throughout the second half and the lack of aerial threat from the small Killie side was taken advantage of again as Fraser Murray headed home from a corner. Fraser Murray then scored his second of the night with seven minutes left on the clock, as his free kick beat Colin Doyle and flew into the top corner.

Killie struggled to create throughout the second half with Chris Burke’s effort from 30 yards out flying over the bar and young substitute Josh Rennie’s header going straight at Cameron Gill as they struggled to get a foothold back in the game.

A night to forget for Killie fans as the result leaves Killie’s hope of progressing to the next round of the Betfred cup hanging by a thread.