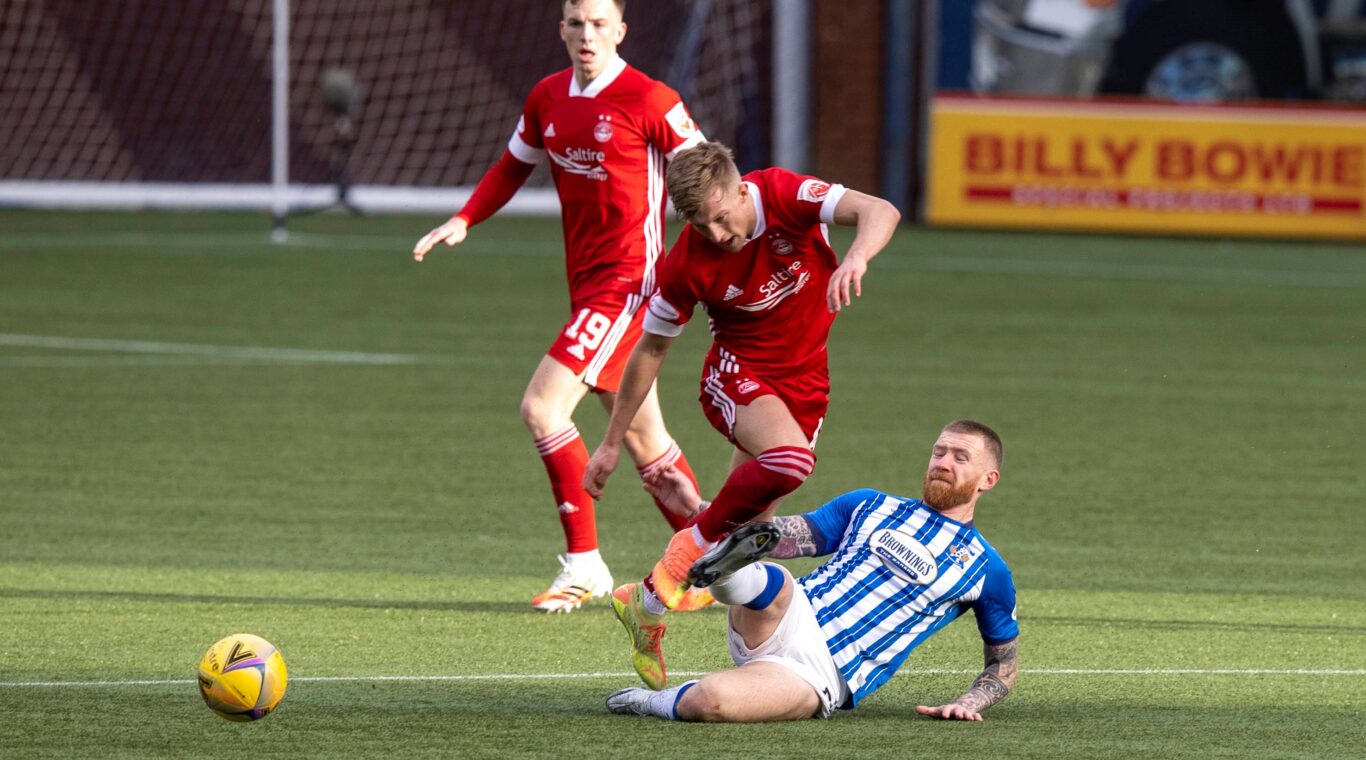 Much of the pre-match chat focused on our poor home record against Aberdeen and sadly it was to continue on a tough afternoon.

Eamonn Brophy, Chris Burke and Calum Waters came back into the side as Killie lined up in a 4-4-2 formation against the Dons, who had Lewis Ferguson back from a ban.

Brophy and Kabamba combined well in the opening ten minutes to win a corner, which Stuart Findlay met but Aberdeen were able to clear.

Brophy then forced a save from Joe Lewis as the match started to take shape but at that point, Killie were forced into a change with Aaron McGowan suffering a hamstring knock with Greg Kiltie’s introduction seeing Rory McKenzie head to right back.

Derek McInnes was a frustrated man as both Ryan Hedges and Curtis Main passed up opportunities to shoot and he made a switch at the interval as Tommie Hoban went off for young midfielder Dean Campbell.

Just as at Celtic Park last week, it was to be a deflected goal, which took the wind out of Killie sails.

On 51 minutes, Hedges was able to find space outside the area and he drove towards goal before seeing his effort deflect wickedly past Danny Rogers. Our response saw a number of teasing balls flashed across the goalmouth but sadly there was no finishing touch.

There was no easing in Killie’s luck as Stuart Findlay picked up a shoulder knock in the final ten minutes and he was eventually forced off with Brandon Haunstrup taking to the field for the closing stages.

With Killie pushing for an equaliser in injury time, Aberdeen launched a counter attack with Haunstrup bringing down the striker to earn a straight red card. Cosgrove added salt to the wounds by putting his effort through the Killie wall and into the net with the final kick of the match.