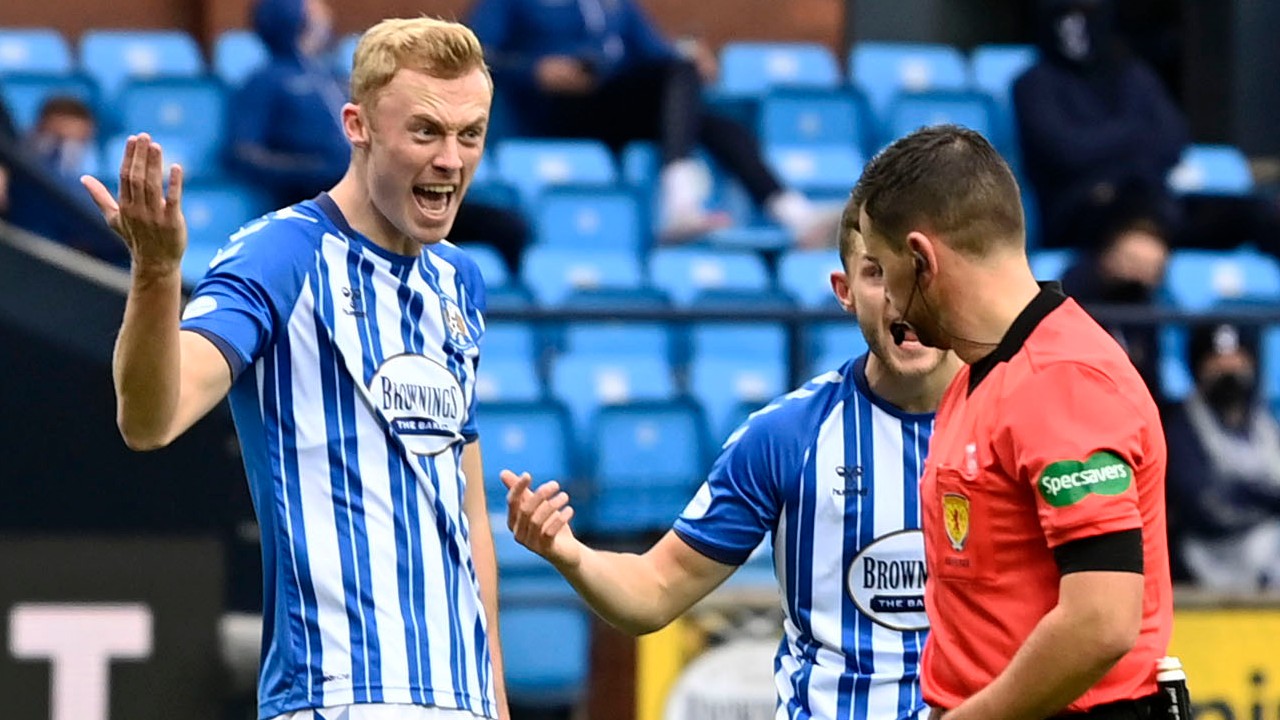 An improved second half display from Killie wasn’t enough to claim any points as James Tavernier’s penalty saw Rangers win in Ayrshire.

On a blustery, rainy day at the BBSP Stadium, Rugby Park this was seen as another test of Killie’s progression under Alex Dyer while Steven Gerrard’s team came to Ayrshire looking to banish some old ghosts.

With four wins out of five on home soil against Rangers, Killie went into the game in confident mood with Rory McKenzie restored to the starting XI while Ross Millen and Stuart Findlay also came back in, replacing Zeno Rossi and Clevid Dikamona respectively.

Rangers started brightly, dominating the ball and testing the home defence with crosses into the box.

The game’s defining moment came on 18 minutes as referee Andrew Dallas pointed to the spot following a handball by Millen. Rangers skipper Tavernier stepped up and managed to squeeze the ball in past Danny Rogers.

With the away side knocking the ball around it was down the men in blue and white to show their grit and determination and that’s exactly what they did as they finished the first half strongly with a series of tempting free kick deliveries.

The second half saw a much better showing from Killie and it started with Alan Power showing good control to create an opportunity for himself. He lofted the ball up with one foot but his strike didn’t quite have enough on it to beat McGregor.

At the other end Rogers looked sharp to deny Ryan Kent with a fine block from inside the six-yard box.

Eamonn Brophy, Mitch Pinnock and Youssouf Mulumbu were all introduced as Killie tried to find a way back and the Wolf struck a fierce free-kick which saw Allan McGregor make a fine reaction save.

With the rain crashing down inside the stadium, a Kirk Broadfoot header at the back post drifted wide of goal as the away side could finally celebrate a victory here as Killie were left to reflect on the small margins.