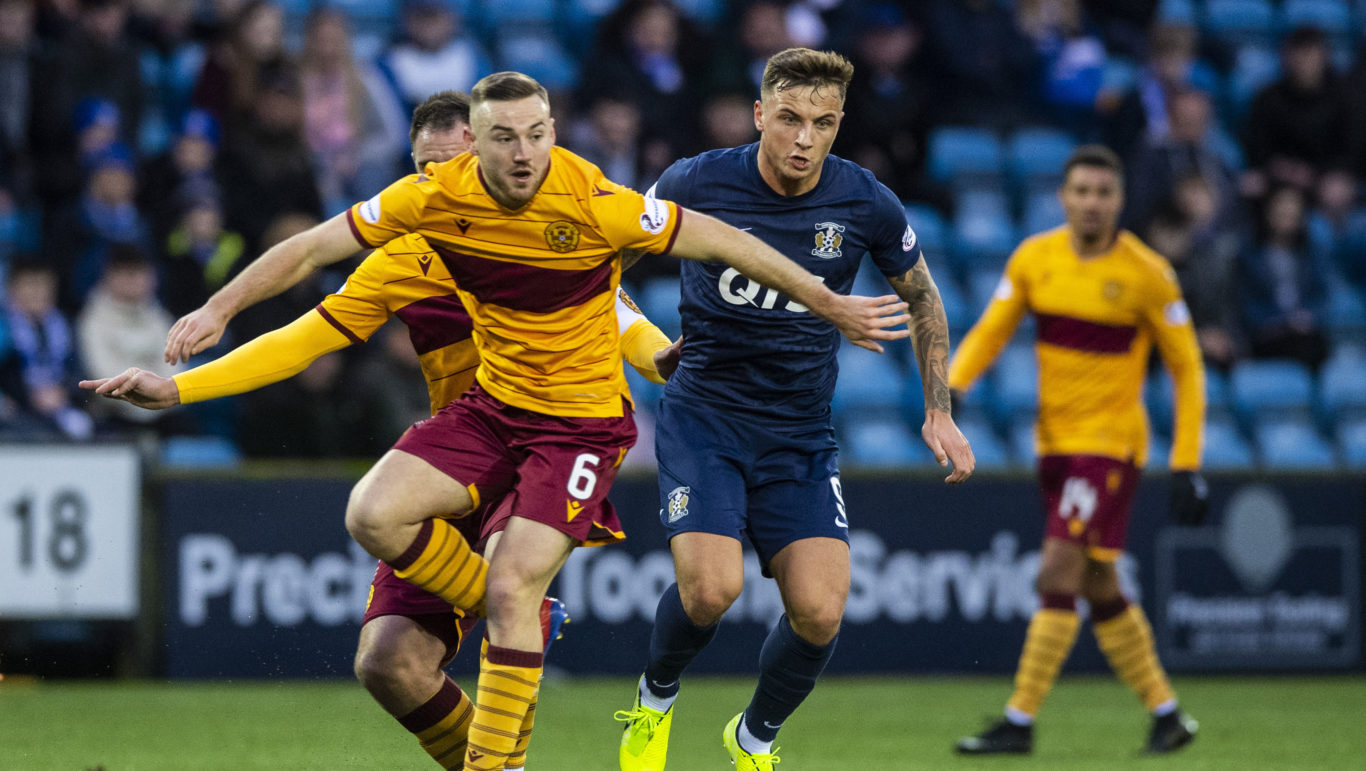 Killie’s final home match of 2019 ended in defeat, as Motherwell claimed the points at Rugby Park.

A Jake Carroll free-kick was the difference between the two sides in a match that moved at great speed, but with little quality.

Alex Dyer made just one change to the side that was beaten at the death in Dingwall, Mohamed El Makrini returning to his usual midfield spot in place of Liam Millar.

With the game kicking off at a breakneck pace, both Eamonn Brophy and James Scott saw plenty of the ball in their respective attacks: the supporting midfields rumbling forward in the probe for a goal.

Motherwell had the first real chance after 24 minutes of sparring: Connor Johnson forced to make an excellent block to deny an oncoming Allan Campbell effort, whilst Chris Burke caused havoc down the wing as he forced Mark Gillespie into action.

Things moved at a million miles an hour, but a quality game of football it was not: both sides tussling relentlessly as two prime defences beat back much of what was thrown at them

A predictably goalless first-half ended with the departure of an injured Liam Donnelly for Motherwell: limping off, with Killie aware that a massive showing in the second 45 was required.

It was another fairly even start to proceedings at the restart, that thunderous end-to-end battle raging on,.

A Killie foul on the edge of the Motherwell area ultimately resulted in the visitors taking the lead after 66 minutes: Jake Carroll stepping up to curl home the resulting free-kick.

It wasn’t to be thought and Motherwell held on to secure all three points.